Let’s get in the right frame of mind, shall we? Hit play on the video below and follow the instructions for at least one minute.

In moments of extreme stress, its important to remember to just breathe.

Things get tough but we hope our MSA family is taking care of themselves. Try this breathing exercise: pic.twitter.com/e5mrkgFN4M

Ah, now isn’t that nice? A little mindful breathing can go a long way. Studies show that it can help mitigate stress, but for the purposes of this post right here, it’s also your ticket to the happy room—the happy room being everything you’ll see below. Good things are happening down there, so why don’t we step inside together?

Warrior Canine Connection is a Maryland nonprofit that raises support dogs for wounded warriors. As part of their social development, the WCC puppies are placed in a playroom which, lucky for us, is live-streamed every day. Tune in for classic puppy hijinks here.

You might recognize some words from Merriam Webster’s beautiful, obscure, and often quite useless words list, but there’s no way you’ll know them all. Well, now’s your chance to expand your vocabulary with a little more flair. Just try not to be a tongue-hero about it.

There’s really only one thing to do when something’s funny, and that thing is to laugh—them’s the rules. The only exception is if you’re playing a character who’s not supposed to laugh, but even then, from a viewer’s perspective, it’s still OK. Actually, it’s even funnier? Which is why this compilation of Saturday Night Live actors breaking character and laughing really hits the spot. You get to laugh at the joke, and then laugh with the actor who’s laughing at the joke. A meta experience for sure.

Feel free to skip ahead to 3:15 when a lone tendril caresses Harry’s forehead as he jams on his guitar.

How does something so scary in real life look so beautiful on a screen? That’s the magic of television for ya. Click over to the Monterey Bay Aquarium’s live jelly cam for a look at these majestic pink creatures as they move about. It’s set to nappy-time music, and that, paired with the calming blue water, might actually drift you to sleep. And who isn’t happy after a good sleep?

Another live stream from Monterey Bay’s aquarium here. This time we’re looking at a kelp forest and all the pretty little fish that swim around it. It’s like Finding Nemo, minus all the shark drama.

There’s lots to love about Sam McKnight. His calming English voice… His garden… What he did to Bella Hadid’s hair... But back to the garden, that’s really the spotlight here. Things are blooming in his backyard right now, and for the past few weeks he’s been oh so kind to let us follow along. Brace yourself for his magnificent garden tour—chrysanthemums, daffodils, and vegetables abound.

An Entire Teen Movie In Under A Minute

Maybe you're not yet at the level of stir-crazy that requires you to download TikTok. That's fine—but have you seen these videos where teenage girls shoot their shot by kissing their boy best friends? Each one is like an instant shot of that butterflies-in-your-stomach feeling of teen romance. Here's one, two, and three that you can't help but goofy-smile at. (Filmed before social distancing.)

What’s the most satisfying sound in the world? Some would argue it’s a crisp crinkle, which you’ll get to hear over and over again if you click this soap-cutting video. Weird? Yes. Gratifying? Absolutely. 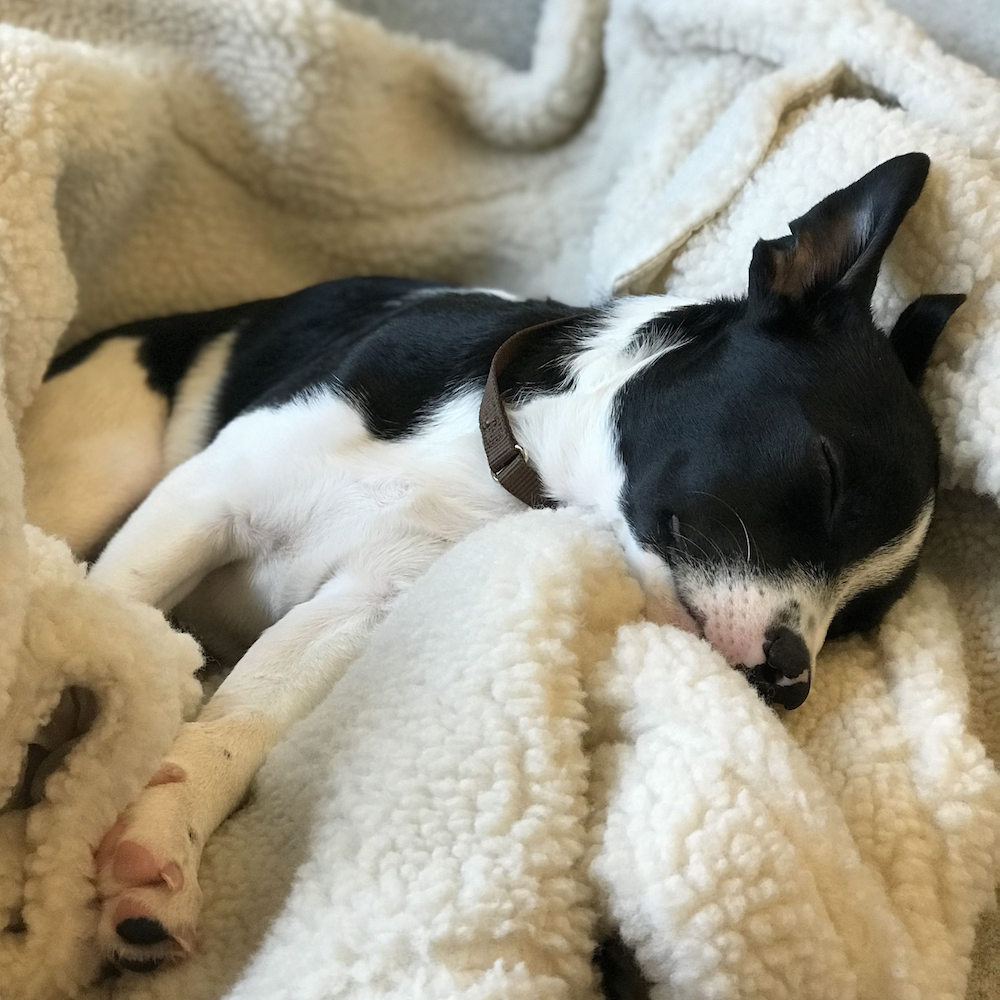 AKA Orson! We love ya.