And The Perfect Red Lipstick For You Is...

A disclaimer: I haven’t read One Flew Over The Cuckoo’s Nest, or seen the movie, and the only thing I know about it is that Ken Kesey (the author) originated the acid tests. Technically, Ryan Murphy’s latest Netflix series Ratched is a prequel to that story. But I was only peripherally aware of the titular character’s role in Kesey’s novel when I sat down to watch the new thriller. Instead, I slipped easily into the now-familiar Murphyverse, where Sarah Paulson keeps a permanent residence (in this one she stars as nurse Mildred Ratched) and the shiniest surfaces often belie something dark underneath. Sure, the show’s connection with reality is tenuous and issues that could probably be resolved with a quick touch base are schemed and murdered out of. But if you’re going to watch, watch for the makeup. It’s a masterclass in red lips.

“I love when there’s a juxtaposition of the really glamorous and really gory,” said Emmy-winning makeup artist Eryn Krueger Mekash. You'll recognize the longtime Ryan Murphy collaborator's work in Nip/Tuck, Glee, American Horror Story, Pose, Scream Queens, and Hollywood. Most recently, Mekash was behind the scenes of Ratched, mixing up lipstick shades for the show’s cast of late-1940s nurses. “I did Hollywood right after Ratched, and even though it’s the exact same time period I approached them really differently.” 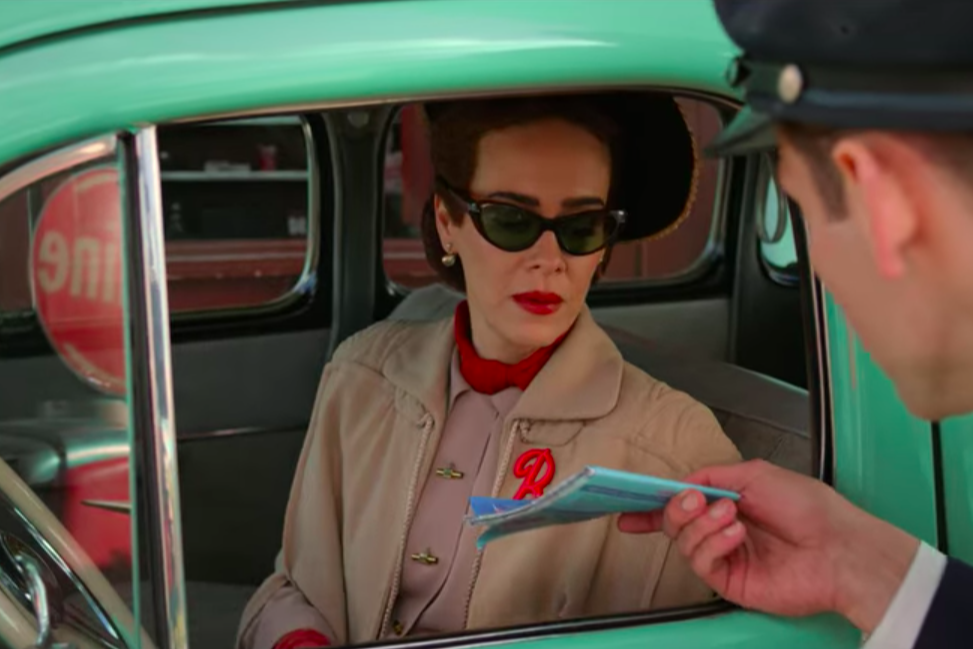 As Mekash described over the phone, there are certain signatures she needed to replicate to set the looks in the right era. For bolstered believability, a nice brow was paired with very little eyeliner, some mascara, and a tiny bit of blush. The final—crucial!—step? Those red lips. “Even though post World War II was the lipstick era there were really only three or four shades of red that were available,” she explained. For both Ratched and Hollywood, Mekash stuck to lipsticks from Bésame Cosmetics—the line was founded by a vintage cosmetics historian who quite literally wrote the book on time period makeup. “She does lipsticks from 1910 all the way to the ‘70s,” Mekash told me, and also added that the lipsticks’ rich, heavy pigments show up well on screen.

Beyond those guidelines, Mekash doesn’t subscribe to the kind of prescriptive makeup rules that say there’s one perfect tone to match every skin, hair, or eye color. Instead of matching lipstick to the actors, she read the script and matched it to their personalities. “In Hollywood, I wanted everyone to look very similar because their story lines were so different. But with Ratched, I went off of each individual character, their costumes, and where they were in the set,” she said. If you look closely, each woman in the cast has their own unique shade. And it works, regardless of whether or not the red was necessarily chosen to flatter. “Lipstick was one of those background things I really tried to develop with a story in mind,” Mekash continued. 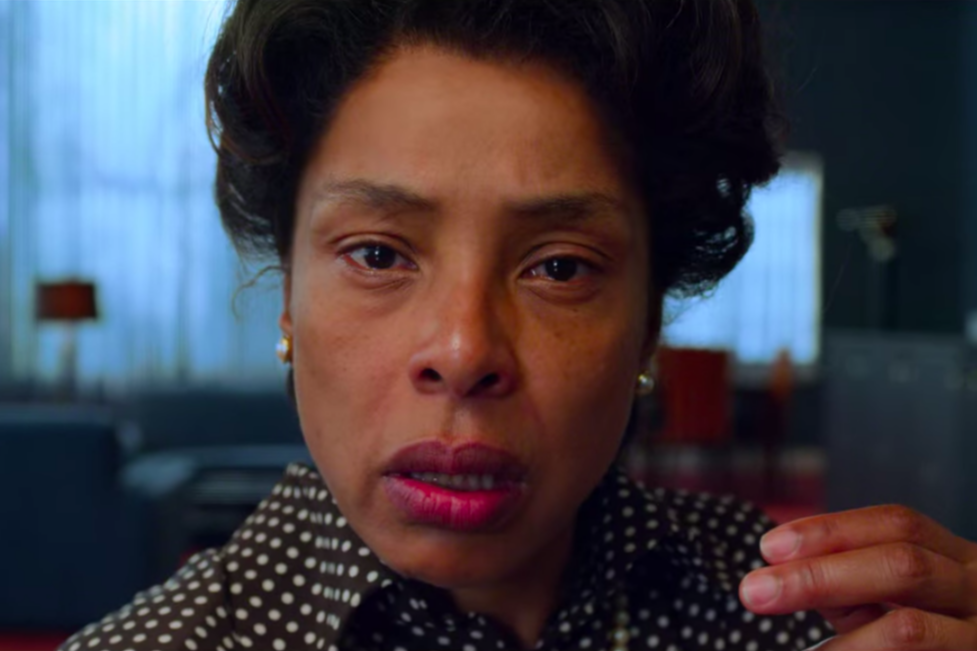 Inside the hospital, nurses got soft, pink-red lipstick to contrast their vivid spearmint green uniforms. The younger nurses wore brighter shades, while the older characters, like Nurse Bucket, had lipstick with a deeper tone more indicative of the previous decade. Outside of the hospital, everyone gets a little warmer—Mildred Ratched’s lipstick shifts to a true red, while Cynthia Nixon’s Gwendolyn Briggs toes the line between red and orange. (It should be mentioned here that both Ratched and Briggs are redheads. Skeptical gingers, take note.) Patients didn't get much of a lip, but they did get something—Sophie Okonedo as Charlotte Wells, who comes in with dissociative identity disorder, sports a magenta pink stain as though she cried her makeup off. And to further differentiate the characters without deviating from the period, Mekash selectively, sometimes, took a tissue and blotted the creamy lipstick. The matte finish looks different on screen, but still uniform.

If there’s a lesson to be learned here, it’s that all Ryan Murphy shows are a little bit the same with lipstick, you’re better off matching your character than your coloring. In other words, if you feel like wearing candy apple red, have at it! When you use makeup to reflect how you’re feeling you’ll be comfortable, and when you’re comfortable, you look good. It just always works. In case you were wondering, right now I’m feeling like Nars Mona, which has nothing to do with my chestnut hair or blue-green eyes and everything to do with the fact that it helps me forget I've been wearing the same pajamas and binge-watching Netflix for two whole days. And you?