The Art Of Pairing A Hat With Eye Makeup

I don’t expect you to have read a million articles on how to style eyeglasses with eye makeup because that would be nuts, I’m just telling you I have. And there are several schools of thought when it comes to it. Wear less, say some—the eyewear is the makeup. Another perspective: wear more; the glasses cover up so much as it is. And yet I’ve found that for all this talk of eye makeup and head gear, hats rarely break into the conversation. 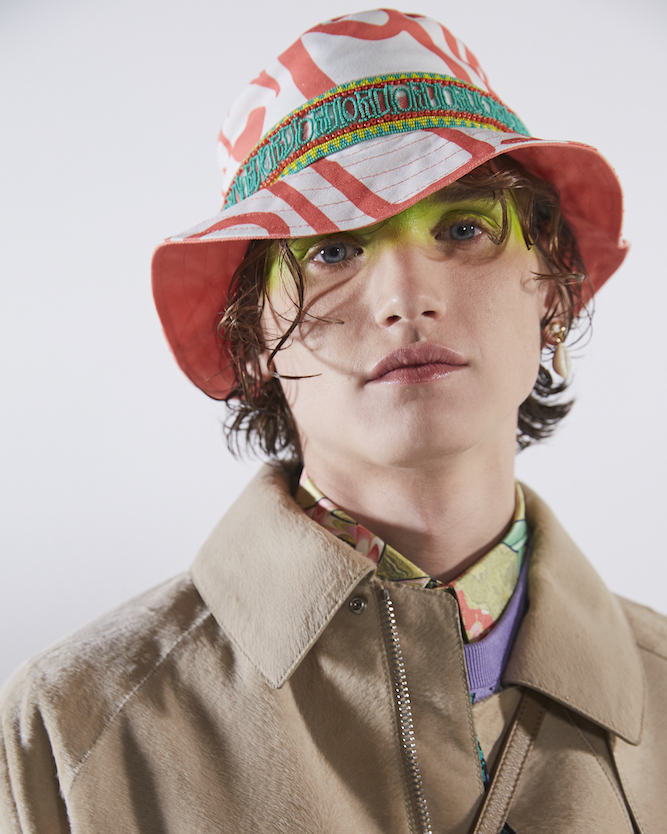 On the other hand, for two Dior shows I’ve been to this year, I’ve seen lots of hats and lots of eye makeup. So much that it really made me think: what’s the trick to making the two work in symbiosis? At Dior Men’s Pre-Fall show this week, a handful of models, outfitted in bucket and mariner’s hats with a streetwear bent, walked the runway with a distinctive bright green streak. Peter Philips, Dior Beauty’s Creative and Image Director, said he was inspired by the show’s set colors and also a kind of "cyber surfer," as he put it. Truthfully, having just watched an episode of Watchmen the day before, the makeup design reminded me of some of the show’s masked hero disguises. But you know what they say about inspiration: you can find it anywhere. 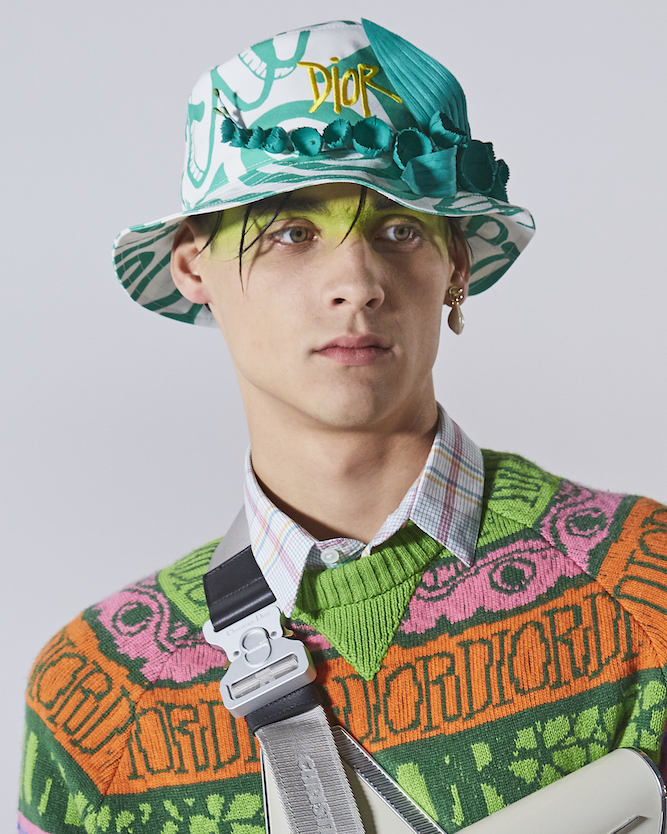 Hats are what I usually wear when I’m not wearing makeup, or when it’s sunny or cold or somewhere in between. However, say you’re really into hats and makeup—what’s the solution? A little eye makeup gets drowned out. The answer is to go big, and in Dior’s case, green. And then extend that shadow beyond the eye and make your way up and out. Philips took a Temptu airbrush, and after prepping the skin with Dior Backstage's Face & Body and Derma Shield, spritzed a layer of lime green from ear to ear. Without the hat the look was bold! In-your-face fluorescent green. But paired with a wide brim it felt more muted and yet definitely there. The effect relayed something like: I’m wearing eye makeup, but not overwhelmingly so—fusing the hat and makeup as one cohesive look. Too much to be worn without the hat, the eye makeup depended on its accessory. The best of both worlds, really. The ability to have a hat, and wear your makeup, too.