The Only Thing Standing Between Me And Acne Is This Spreadsheet

I’ve had acne consistently since I was 13. I’m now 31. Over the past 18 years I’ve tried everything: from Retin-A and Benzaclin, to drugstore benzoyl peroxide. Internally, in addition to Accutane, birth control, and antibiotics, I’ve dabbled in every supposed acne-annihilating diet. I’ve traveled coast-to-coast and consulted with top aestheticians and dermatologists in New York and San Francisco. I’ve had regular facials, lasers, and “off-label” treatments. I’ve worked through lists of the most-beloved items in Into The Gloss comments and the highest-rated products on Makeup Alley. I’ve prayed to the patron saints of clear complexions (Beyoncé and Angela Bassett). Eighteen years is a long time, so yes, I tried each treatment for the requisite six-to-eight weeks to make sure it wasn’t “just purging.”

In middle school I saw some local aesthetician my mom knew. We’d go to her house and I’d sit in a chair in her kitchen for an hour while she did extractions on my face. She’d always send me home with “the scrub,” which was really just some homemade physical exfoliant. (It was 2006, OK?) After that came high school and endless dermatologist visits where I slowly made my way through Differin, Tazorac, Epiduo, the works. Senior year, someone finally put me on Accutane. It worked like a charm—and wore off like one, too.

It wasn't that my acne was extreme, it was just so goddamn persistent. Some things made it a little better. A few made it worse. Mostly, I saw no difference, except for Accutane, which gave me a couple years of smooth sailing before my complexion slowly devolved back into a comedone rodeo. And throughout those years, I never, EVER, left the house without makeup—both on my face and stashed in my purse. It blew my mind that anyone could. Reading magazine tips about “just dotting on concealer” and skipping full-face foundation was like someone suggesting I try skiing barefoot. I got boyfriends and slept in my makeup for fear they’d get a glimpse of my natural skin. When hugging someone, I did the awkward ass-out, head-cocked move to avoid leaving a Clinique-colored continent on their shoulder. That’s the catch-22 with acne: you feel the need to cover it up constantly for your self-esteem’s sake, yet wearing drugstore makeup 23 hours a day pummels your pores. 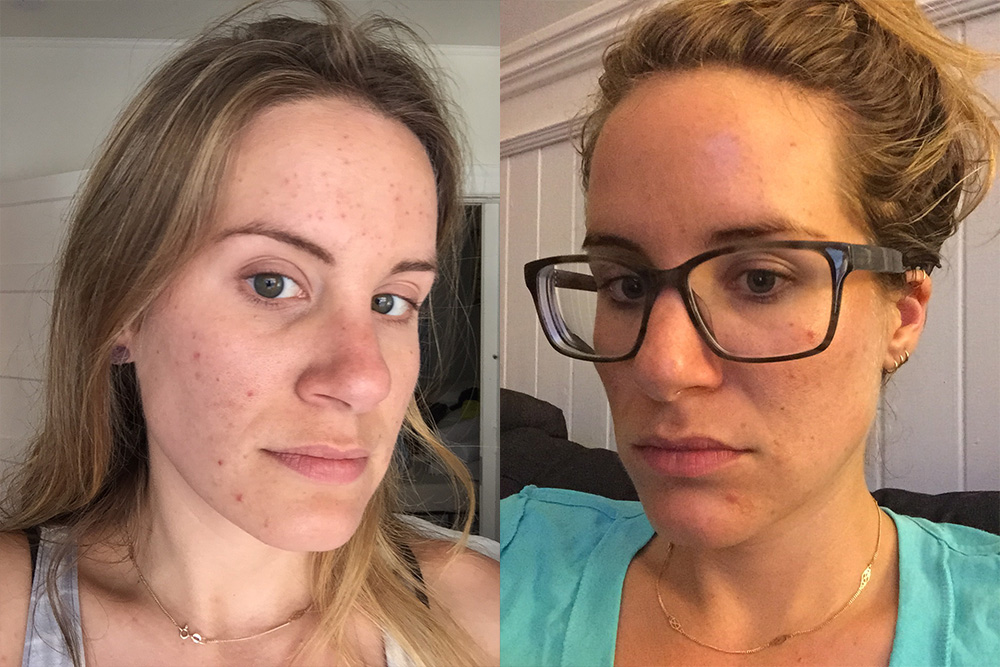 I found AES Skin Clinic while I was living in San Francisco in 2015. It was during one of my desperate 3AM internet searches, after another day of contemplating tearing off my face. The clinic’s reviews were unimpeachable, and they were all from people like me, writing that they’d tried everything under the sun and were at the end of their collective ropes. And then they all wrote that the impossible had happened, that they had successfully cleared their skin. Every single one. One hundred and seventy-two reviews and five perfect stars. I had nothing to lose, so I made an appointment.

The first good sign was that ahead of my appointment I had to fill out a form that asked for my entire history with acne: everything that I’d tried and whether it worked or not, my current skincare routine, makeup lineup, food diary, and more. This was already a change from my usual dermatologist visits where I'd wait 45 minutes, try to condense my entire complexion history into 30 seconds for a doctor that was halfway listening at best, then wait as she ticked down a checklist of prescriptions until she got to one I hadn't tried.

AES Skincare was started by aesthetician Kimmy Pigliucci, and her entire science-based approach is rooted in research by Dr. James Fulton and his book Acne RX. You might also know him as the person who discovered Retin-A. Kimmy's philosophy boils down to asking what acne is and how it’s formed, and then removing those factors. Rather than dealing with acne’s symptoms, she eradicates its causes.

Kimmy gives you a handful of foods to avoid and a list of 138 ingredients that can potentially cause acne. You have to cut out...all of them.

The list is comprehensive and, frankly, daunting. But it has to be. As she explains, you might only be affected by five ingredients—but how will you know which five unless you cut them all? Everyone’s skin is wildly different, which is why most acne treatments are unevenly effective. Her approach accounts for all of these variables by making sweeping changes that include diet, lifestyle, hormonal triggers, and most importantly, comedogenic ingredients.

That’s the main issue: many of these ingredients, like isopropyl myristate, butylene glycol, and cetyl alcohol, are in damn near everything. Toner, toothpaste, my beloved foundation that conceals my craters. To ease the blow, she offers lists of regimen-friendly products. 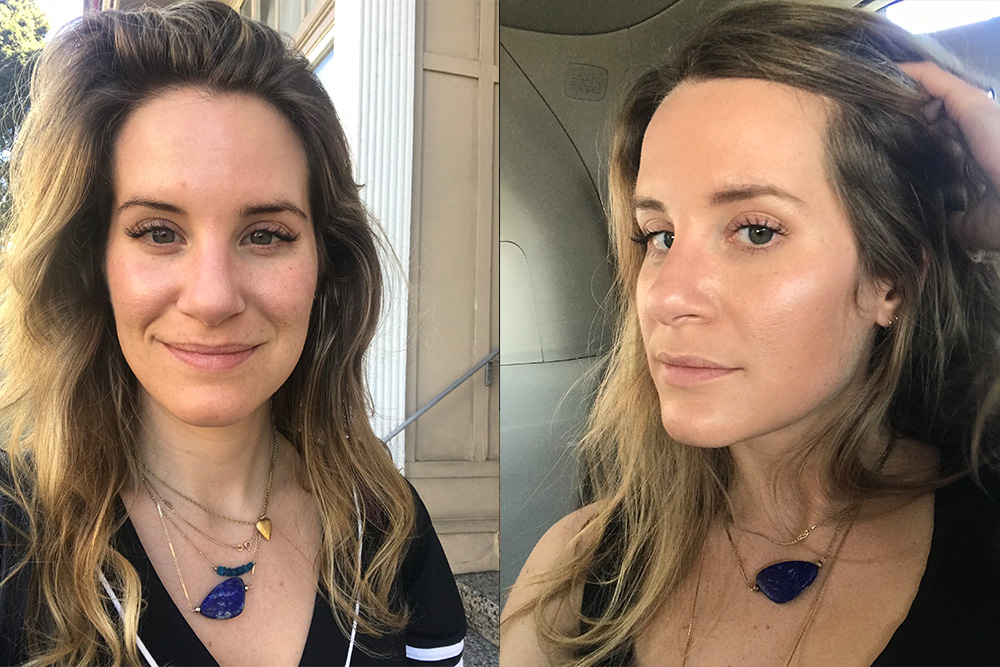 Reader, it works. It’s been five years and when I stick to the plan, my skin responds clearly and consistently. And I’m telling you as someone who’s never lasted longer than three hours on Whole 30—it’s not that hard. Plus, once your skin is clear in three months, you can start re-introducing your old products to see how your skin reacts. It’s like an elimination diet for your face.

To keep my acne in check while still starring in my one-woman show called “I Tried It So You Don’t Have To,” I created a spreadsheet with a list of everything I [should] avoid. When I want to try a new product, I cross-reference its ingredients in the spreadsheet, and highlight anything that’s also on the no-go list. That way, if I start breaking out, I can isolate which ingredient set me off. I appreciate Kimmy’s honesty in explaining that acne can’t be cured, only managed, so it’s a lifelong commitment. But there are just too many new products out there calling my name!

Maybe you’re thinking what I first thought: If success is practically guaranteed (which it is), then why isn’t this approach everywhere on the internet? Why isn’t every acne sufferer on Earth trying this out? And the answer is, I DON’T KNOW. Sometimes I think about chiming in on skincare Reddit to see if there are others out there, but I’m tired and have so much Love Island to watch. Plus, here I am, telling all of you right now.

Photos via ITG and the author.