Let's cut right to the chase, shall we? Halloween is tomorrow and there's a good chance you don't have a costume yet. Don't make a last-ditch trip to your local Spirit or Party City—the costumes will be picked through and expensive and, frankly, boring. Instead, use the makeup you already have and get a little creative. For team ITG's Halloween looks, we set a spending cap: $40 for anything we needed to buy. Plus, we were allowed to use stuff we already had in our makeup bags. Here's how we did.

Easy: Chloe as a "Tethered" from Us 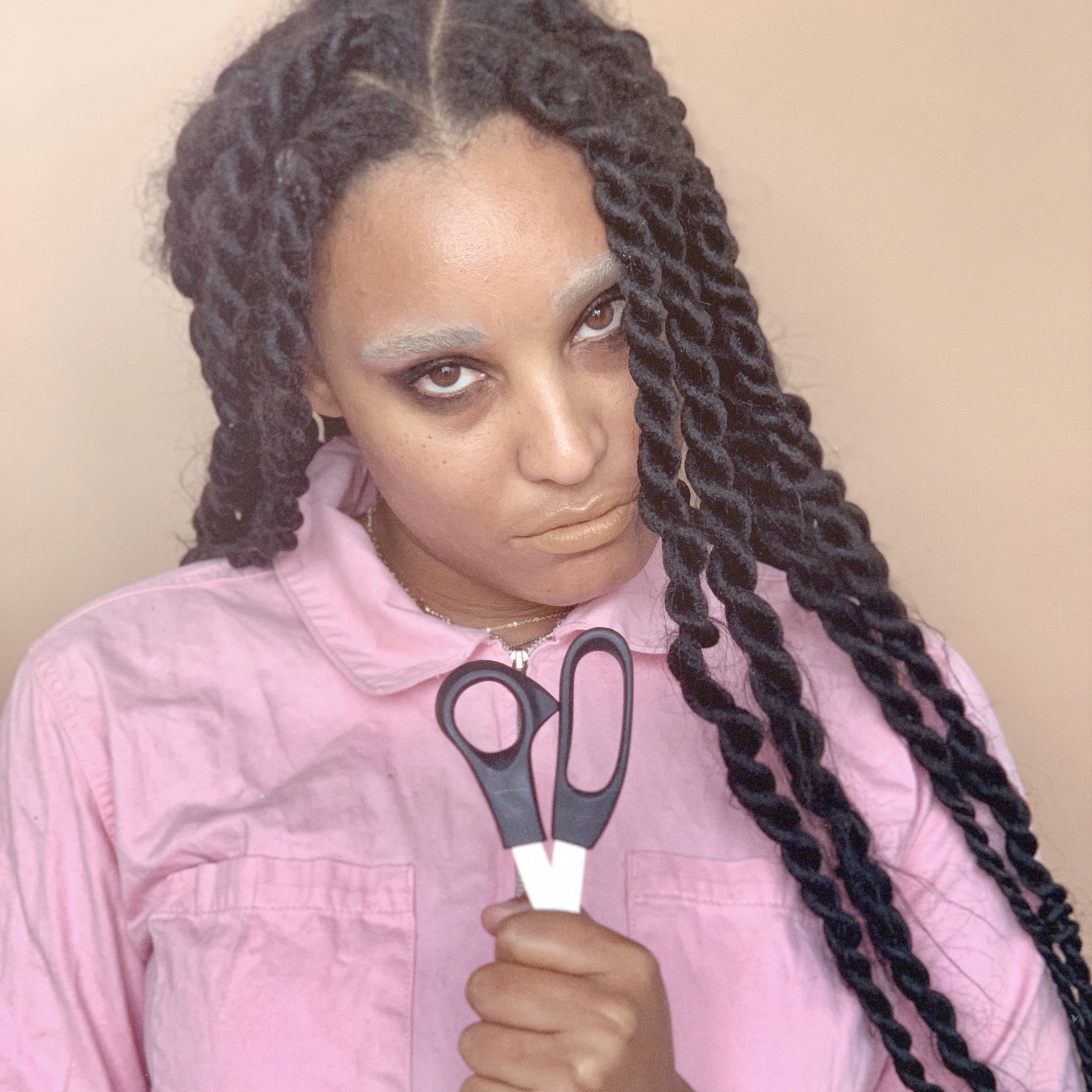 "Halloween is my Superbowl. You’d never know from my lack of makeup, but I’m actually… really good at makeup? Which is why Chloe tapped me to help with this look. And it turned out to be super easy! The main thing you're going to need is a light brow pomade to 'bleach' your brows. Taking inspiration from this old ITG story, I mixed Kat Von D colored brow pomade in Bleach with concealer to warm it up a little and get it closer to Chloe's skin tone. You'll apply that mixture with a clean brow brush. Make downward strokes, then upward strokes to coat each hair completely.

After that, I used Surratt's Dark Matter cream shadow—but you can use any black shadow. You don't have to be perfect with it—I painted it on Chloe's top lid and under her lash line with just my finger. Finally, Chloe covered her lips with concealer to effectively look dead. And that's it." —Ali Oshinsky 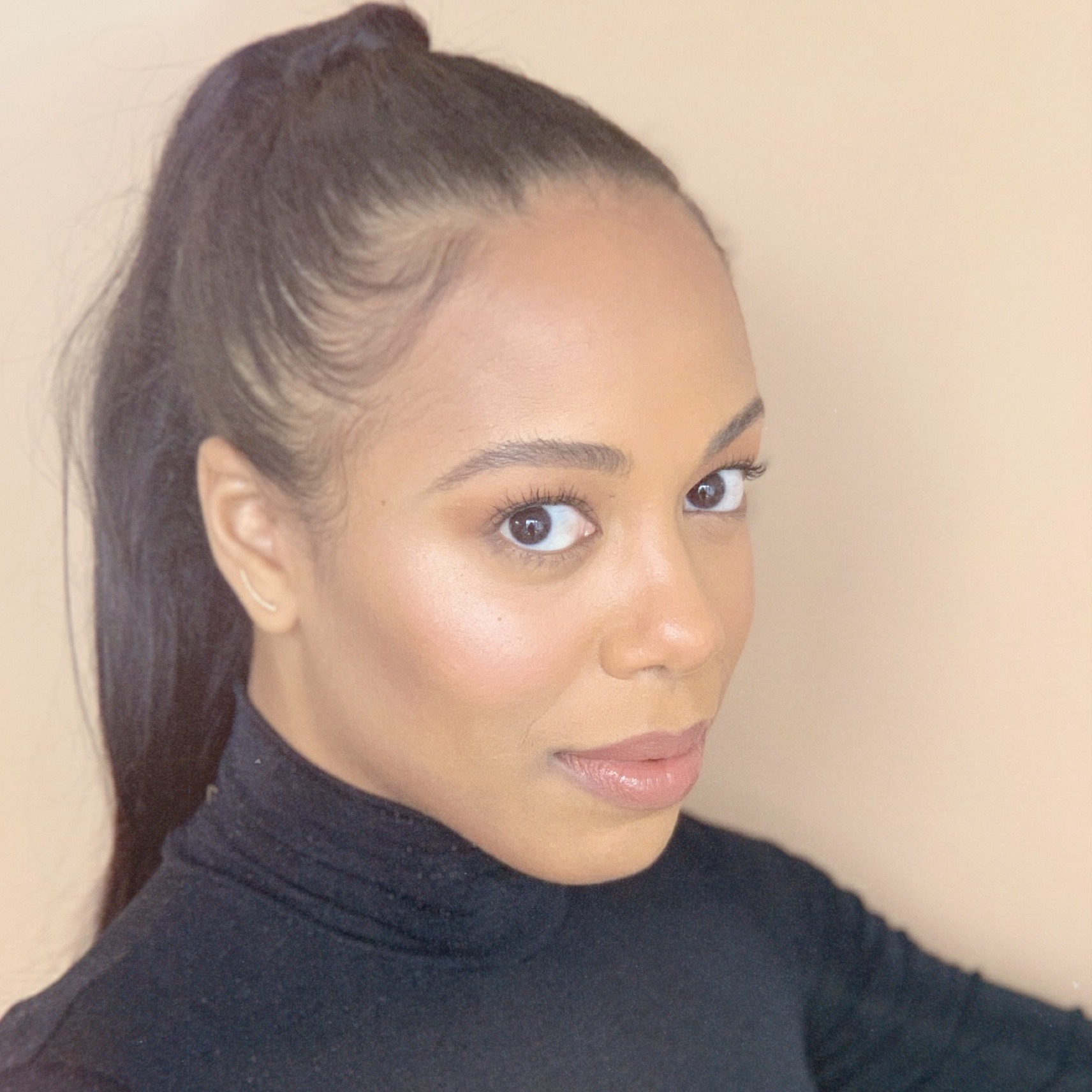 "Forget the makeup, the real star here is the hair. You’re a step ahead if you’re naturally equipped with the length—just plop it in a high ponytail and set your baby hairs (the latter to be explained further below). Surprisingly, my hair is not two feet long, so I purchased a phony pony to make up for the difference. Go to Sally Beauty store—or any beauty supply store, for that matter—to get yours for no more than 40 bucks. Then, set your natural hair in a high ponytail, and clip the phony pony right on top. Phony ponies always have a chunk of strands that are slightly detached from the rest of the ponytail. This is to conceal the pony’s weft, and to obscure where you natural hair ends and the fake beings. Take this separated portion and wrap it around the fake ponytail that’s already on top of the real ponytail. Wrap it around as many times as you can, tucking the end under the ponytail elastic when you can wrap no more.

Then, the baby hairs! Grab a toothbrush and some gel. A good edge control one works best, but I just used DevaCurl’s Ultra Defining Gel in the spirit of working with what I’ve got. I put a little gel on the brush, and then swept the hairs along my hairline out, and around.

For the makeup, Jordyn stuck to a nude palette, which automatically made her my personal hero. Applied with a Beautyblender, MAC’s Studio Fix concealer went under my eyes, and Hourglass’ Vanish Foundation went everywhere else. I contoured with Nars’ Velvet Matte Foundation Stick in Macao, and dusted Milani’s Bronzing Powder along the circumference of my face. And then a mix of Jouer’s blush in Kiss Me and Know Me went on my cheeks.

The brows were the most challenging. I outlined them with a brow pencil first, making sure to extend the tail beyond my eye’s outer corner. Then I filled them with Urban Decay’s Brow Box, filling in more in the outer half than the inner, per Jordyn’s look. A MAC eyeshadow shade slightly darker than my complexion was draw in my eyelid crease, and a shade slightly lighter than my complexion went directly on my lower lid. Then everything was wrapped up with two nude lips—Alter Ego liner first, and then the gloss form on top." —Ashley Weatherford

Hard: Ali as Lili Reinhart at the Met Gala 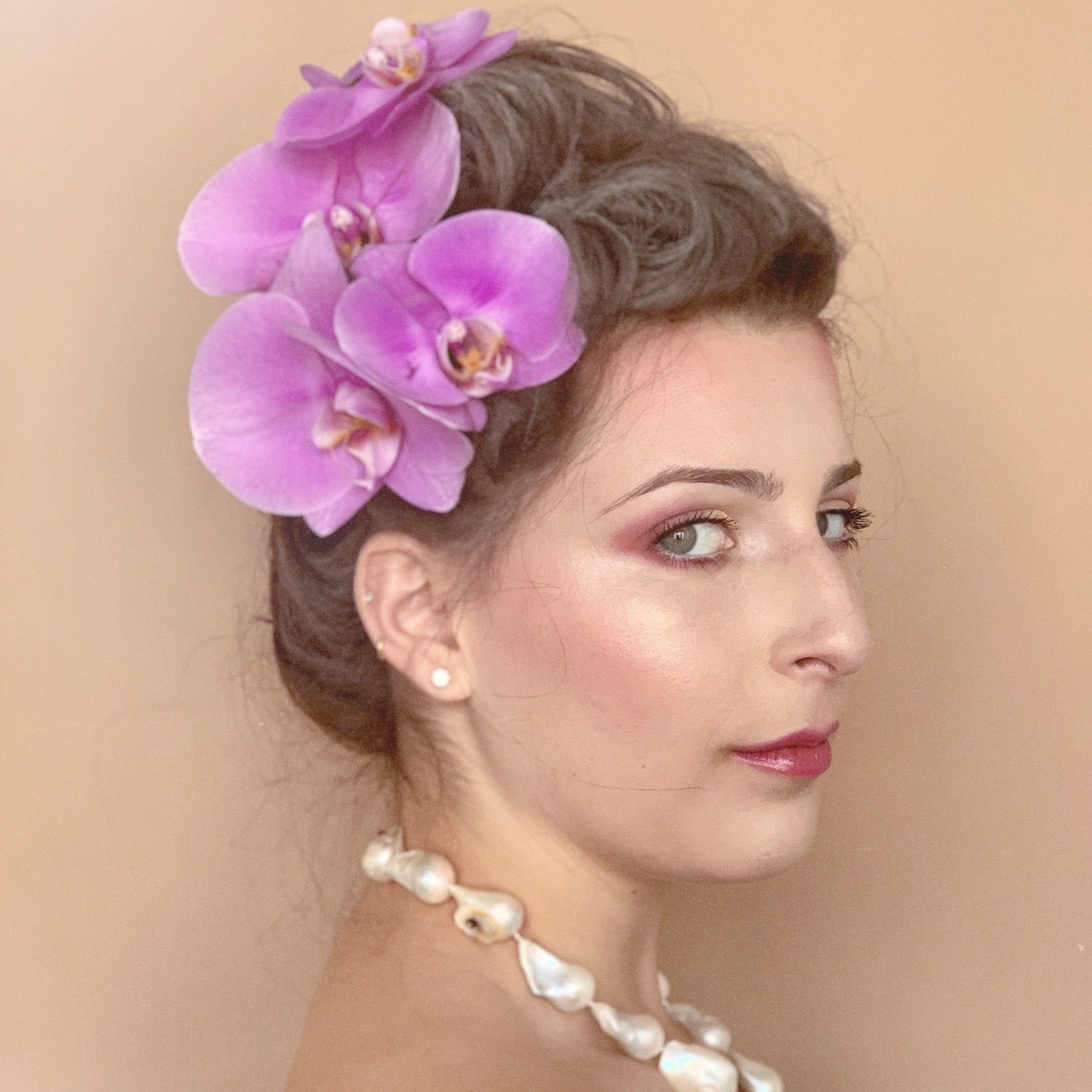 "You’ll mainly need a curling iron, hairspray, dry shampoo, and a bright blush—all of which I already owned. I spent around $40 on the accoutrements: a large hair donut and three single, cheap extensions from the beauty supply store, bobby pins from CVS, and an orchid from Trader Joe’s to pillage blooms from.

To get the volume in my hair, I followed the method from this YouTube tutorial. Basically, you’re going to take a chunk of hair from the crown of your head, braid it, and twist it into a bun. You put the bun donut on that braid nub, and wrap it in the extensions. Next, curl your hair all one way with a small curling iron, spray it with hairspray, and begin pinning it up on top of the bun. Don’t pull so tightly or the little waves from your curls won’t be visible. Lastly, spray all over with dry shampoo to get a powdery, wig-like look. Bobby pin in some orchids for drama.

For the makeup, cover your whole face in your full-coverage foundation. Then, use a fluffy brush to buff red blush into your hairline, above your cheekbones, under your nose, and on your eyelids—I used Dior Rouge Blush in 999. Next, I used the Marc Jacobs Scandalust palette to do my eyes, though you could just use the same blush in a pinch. I used the lightest, shimmery shade on as a base on my entire lid, and then the deep red on the outer third in a wing shape. You're also going to want to bring it across the lower lash line. Then, highlight your cheekbones and the inner corners of your eyes, and finish with and a good amount of mascara and a slick of pinky gloss. Et voila. Because “Lili Reinhart At The Met Gala” doesn’t really have a ring to it, I’m going to just tell people I’m Marie Antoinette. Or Camp—because no one knows what that is anyway." —Ali Oshinsky

Photos via ITG. Or, if you just want to be a Euphoria teen for Halloween, read this.