The Future Is Filtered

There are, I imagine, two types of teens who join their high school’s yearbook committee: shameless empaths who use yearbook to make cross-clique friendships, and type-A introverts who want to control every photo of themselves published and distributed amongst their classmates. I was the latter. Each yearbook editor was given access to Photoshop to tweak images before they were plopped onto pages—but once I had it, no photo was off limits. I adjusted my waistline, the bulges on my arms where triceps should have been, pulled my right iris down to make that eye look less squinty. I shared the photos on the same social media sites I used to discover and celebrate feminism, justifying my digital dishonesty (to only myself—the thought of anyone else knowing about my dysmorphic meddling was mortifying) this way: if magazines set the standard of beauty, and magazines used Photoshop, wasn’t Photoshop the great equalizer?

In a recent ITG pitch meeting, as I played with a new set of eyeshadow palettes strewn across the big table in our beauty closet, I caught a glimpse of myself in a tiny mirror. I was bare-faced, as I usually am at work. I had a constellation of three or four clogged pores by the right side of my nose, which I’d been told were due to blocked sinuses. My eyelashes, left natural after a brief fling with extensions, were stubby. And I looked undeniably tired. But I did not plan to take any photos for Instagram that day, so I didn’t care—while I interact with maybe five to 10 people IRL daily, my online face is seen and scrutinized by a couple thousand people whenever I post it to Instagram. The app has become synonymous with not only a very specific type of makeup, but also selfies of smooth skin and puppy ears, fuzzed out glittery flowerscapes, and superimposed retro film effects. As I put away yet another foundation line promising to make my skin look like a living, breathing Instagram filter, I couldn’t stop the thought that maybe the future of makeup isn’t in product—it’s in our iPhones. 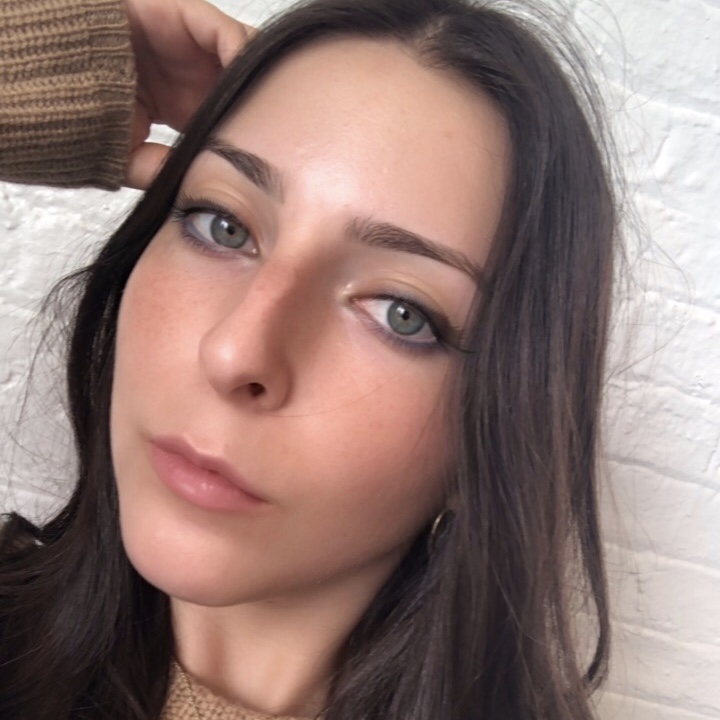 “I definitely care more about how I look in photos than in real life,” Kerri, 18, tells me via text, “because that’s where I’m seen the most.” Referencing a popular photo editing app called FaceTune, a bite-sized Photoshop available on the app store for free, she walks me through what she calls her “routine.” (The fact that she uses the same word one would when putting on real life makeup feels important.) “Adding highlight is a major thing,” she tells me. “I’ll fake a natural glow with a detailing tool, or I’ll literally use white tones on my cheekbones.” Kerri also shares an anecdote about a time a friend used the app to “repaint” her nails so they wouldn’t clash with a red dress. “She was so embarrassed that she edited them to look white in every photo that was taken of her,” Kerri explains. In terms of what causes this kind of anxiety amongst her and her peers, Kerri points to the new normal of too-perfect-to-be-real beauty that turns out, usually, not to be. Take this video of Kylie Jenner testing her eponymous skincare line with a skin blurring filter on, or this one of Shay Mitchel maybe or maybe not using Biore makeup remover while also cloaked by a filter. Are they using the products in real life—does it even matter? A later video of Millie Bobby Brown miming a skincare routine sans product seems to answer, "No."

One less pessimistic perspective might be that, as with procuring sustenance and paying back your friends for that cab ride they paid for, your phone is actually making makeup easier. Fung Global Retail and Technology, a tech think tank, reports that the amount of beauty content on YouTube increased 200-percent between 2015 and 2016, the time between my last year of high school and first of college. Many of these tutorials feature complicated looks, requiring lots of product and a good chunk of time. Being able to paste on a full face of makeup in retrospect lightens the load. For that, Serena, 22, relies on the app Perfect365. “Maybe it was the end of the night or your makeup got messed up somehow,” she tells me. “You can literally put lipstick on, add longer eyelashes, or fix your eyebrows, and the app has brand-name makeup, so you can use Ardell eyelashes or a new Maybelline mascara.” The app, also free, utilizes AI technology to map out your face and realistically place eye, lip, and cheek looks onto already taken photos. “I don’t feel the need to run to the bathroom and fix up before taking a picture because I know if I want more makeup, I can just add it later,” Serena says candidly. “It makes taking pictures easier—there’s less stress.” 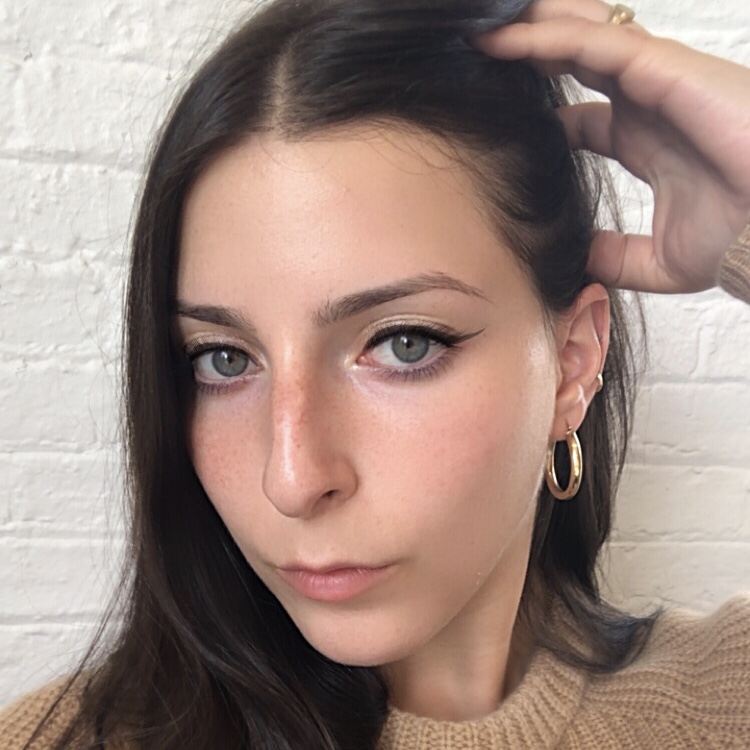 A real-time version of Perfect365 is slowly accumulating on Instagram, thanks to content creators like Igor Saringer, 22. You might know him from his Euphoria filters that recently took off—but that’s not the only version of filter makeup he’s come up with. One filter offers 12 shades of “foundation,” or tinted, blurring face filters, to even out your complexion just for a selfie. It’s surprisingly realistic, if not potentially problematic—there’s nothing stopping me from using the darkest shade for an easy gateway to blackfishing. Another option makes a perfect cat eye easier to accomplish than Gaga’s Haus Laboratories stickers do. But my favorite filter adds a popsicle stained lip with a wash of pink-red blush across my natural freckles. It’s the most like something I’d actually wear in real life, and I don’t have to spend any time—or money—on it. Watching my face move back and forth across the screen with this superimposed makeup on it feels like a window into the future. In real life, I can use the daytime to let my skincare work harder without potentially comedogenic makeup screwing things up. And when I want to put on makeup, all I have to do is look at myself—poof! It appears.

It should be noted that everyone I spoke to while researching this piece asked for anonymity. “There is still a stigma against editing photos,” Serena told me. “I wouldn’t go out of my way to let people know that I use certain apps—if they ask I’d be honest, but I wouldn’t broadcast it.” Kerri adds, “If anyone were to notice my editing I would be absolutely mortified.” It makes me wonder why certain kinds of image enhancements feel more disingenuous than others—and brings to mind these memes, which are cruel and misogynistic. Is covering your skin with a tinted liquid any different from covering it with a digital filter, really? And though I probably wouldn’t forgo one for the other just yet, that doesn’t mean other people aren’t already. Let me know in the comments if that’s you.