“I’m too young to be a hippie, too old to be a punk. [Laughs] Growing up, I used to watch the Mod Squad, and I was heavily influenced by Peggy Lipton—you know, those boots, miniskirts, long blonde straight-ish hair. My mother always made my clothes or bought them at thrift stores. By the time I was in high school it was all about looking natural. My older brother’s friends used to tease me and call me a weekend hippie, because I would buy a $10 plane ticket to San Francisco on Friday nights and go see Big Brother and the Holding Company, Janis Joplin, Joni Mitchell, Dylan…My brother had a record collection that influenced me, and my parents had a lot of jazz records, but I found my own things to like.

I went to school for visual art, and after I finished I moved to New York. I had one old friend here, the sister of somebody from high school, and I knew one artist, Dan Graham. I met him in LA before I moved here, and he’d take me out to the clubs. In the daytime, I had lots of different jobs. I worked part-time in a private gallery for a while, and then I worked at a 24-hour diner in Chelsea—at that time, Chelsea was really deserted and creepy. In the mid-'80s, I got a job at a coffee shop where all these artists would go to Xerox their prints. I remember Jean-Michel Basquiat coming in and Xeroxing stuff to be collaged into his paintings. 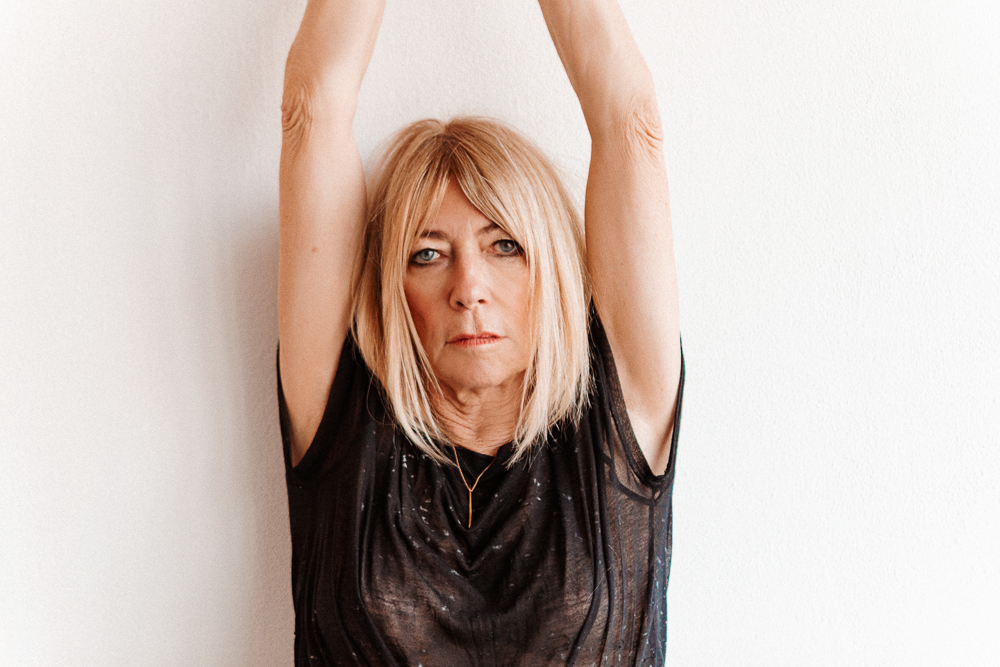 I never had a look, and people in New York dressed differently. Actually, when I first moved here I felt very middle class. I started cutting my hair weird, bleaching it, and coloring it all those Manic Panic colors just trying not to look so middle class. I wanted to look cool, but I also wanted to look good. It’s hard to strike that balance. I was always in vintage stores, thrift stores—the cheapest place to shop was Canal Jeans, and they would have bins of used men’s shirts, jackets, and pants out in front. Then, there was a record store called 99 Records where the owner’s girlfriend or wife sold a few vintage boots and t-shirts. I bought a pair of pink suede knee boots there for like $10 or something ridiculous.

I’ve tried to keep my hand in art over the years, and I show in a few galleries now. I also have a new record—it was made over a period of a year, kind of casually recording. I collaborated with a producer for it, which I had never really done before. Sometimes I recorded stuff, sent it to him, and he mixed it, and then other things we made together in his studio.

We started doing photoshoots when I signed to a major label, and I learned more about products, and what works best on my skin, from makeup artists. I always wear a little bit of makeup, either a Chanel moisturizer that has a little sunblock in it or just Clé de Peau concealer in the obvious places. I do my own makeup for shows. I can’t afford to travel with a makeup artist, and it's also just kind of a drag. I’m vain, but I’m not that vain. When I'm performing, I’ll put more foundation on, along with concealer, darker eyeliner, some mascara, and hope for the best. I like this blush from Nars—it has different shades of pink and I use them all together. For my eyes, I’m the sloppiest. I like a dark gray Chanel pencil, and I just smudge it around. I’m always looking for different lipsticks, and this one is YSL. When I travel, I take off my makeup with Bioderma wipes and then rinse with a washcloth. Then I use Clé de Peau’s Skin Softener and slather on Dr. Colbert’s Illumino Oil. I see Dr. Colbert when I come to New York, and I get alpha hydroxy peels there. I’ve also used the Colbert discs, but I don’t exfoliate constantly. I have dry skin, and I feel like it’s good to have a layer of protection. 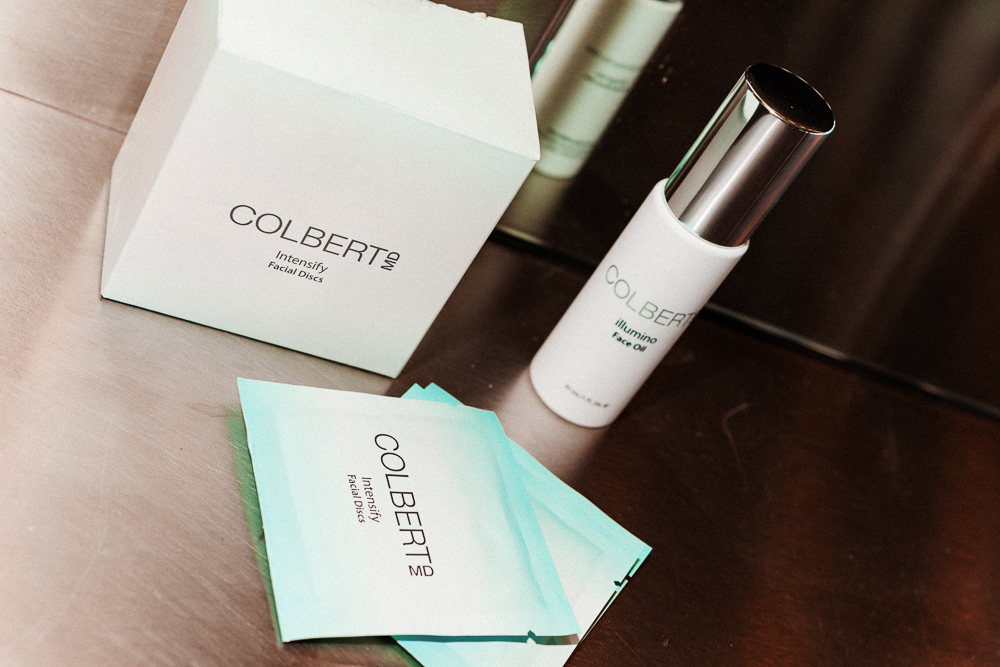 I have a lot of hair, but it’s very fine. When I was growing up, it was pretty much like this—blonde, straight, always darker underneath. It’s a little wavier now after being pregnant, and when I first moved east it started growing in darker. I pretty much always blow dry my hair because it’s way too wavy without it, but it only takes five minutes. I just dry it, and then I use a flat brush. I hate first-day hair—sometimes it’ll be too straight, and I’ll put it up in a ponytail or use the Oribe Texturizing Spray.

At some point in the late ‘80s I just decided to go blonde and keep it that color. I go in for highlights once a year, and get my roots done in between. It grows in pretty light, but I have a lot of gray. I’ve also had bangs for a while, though I sort of go back and forth between growing them out and cutting them. I guess I like bangs because I can hide behind them a little bit. My friend Roz Music cuts my hair—I could be due for a cut. But this thing always happens to me where I’m thinking about getting it cut, and then right when I’m in the chair I think, ‘Oh, actually it looks good!’ It’s like when you’re sick and you go to the doctor’s office, and you feel better just by going.

I guess I like bangs because I can hide behind them a little bit.

I love to take baths—sometimes I take a bath every morning. It’s almost meditative. Not a long bath, but just enough to organize my day. I love the Kiehl’s Lavender Foaming Sea Salts, and in the shower I have this Aesop Geranium Scrub that I really like. Sometimes I use this Alba moisturizer which is pretty good, or a Kiehl’s lavender one, or that lemon body butter that C. O. Bigelow sells. I also have Rodin oil, and I love the smell of that. Other than that stuff, I don’t usually wear fragrance. I keep my fingernails short, because otherwise I can’t get my contacts out, and they always get messed up from playing anyway. But I do try to get regular pedicures. I like to change it up.”