"I grew up in Santa Barbara, but now I’m totally bicoastal, back and forth between LA and New York. LA is better for my spirit because it’s so calm—I’m a Cancer, so I’m a homebody. But after a while, I go crazy. You’re stuck in cars, and you get kind of stagnant. New York is more stimulating, and I actually think more clearly when there’s so much happening. You can look outside at 6AM and there are people walking to work, which really motivates me to get up and get my day started. If I was in LA, I’d probably still be sleeping right now.

You know how some people really can’t do smell? I’m not like that. I love when I hug someone and they smell amazing—that’s a vibe. On other people, I like something clean, casual, airy, or sweet, for a girl. I love when people have smells. Like, your grandma has a smell. My mom always sprayed this lemony scent throughout her house, and I smelled it every day. OK, it wasn’t Pledge. It was an actual French perfume, with an atomizer, and it had a beautiful smell. If I smell that now, it reminds me of my mom. 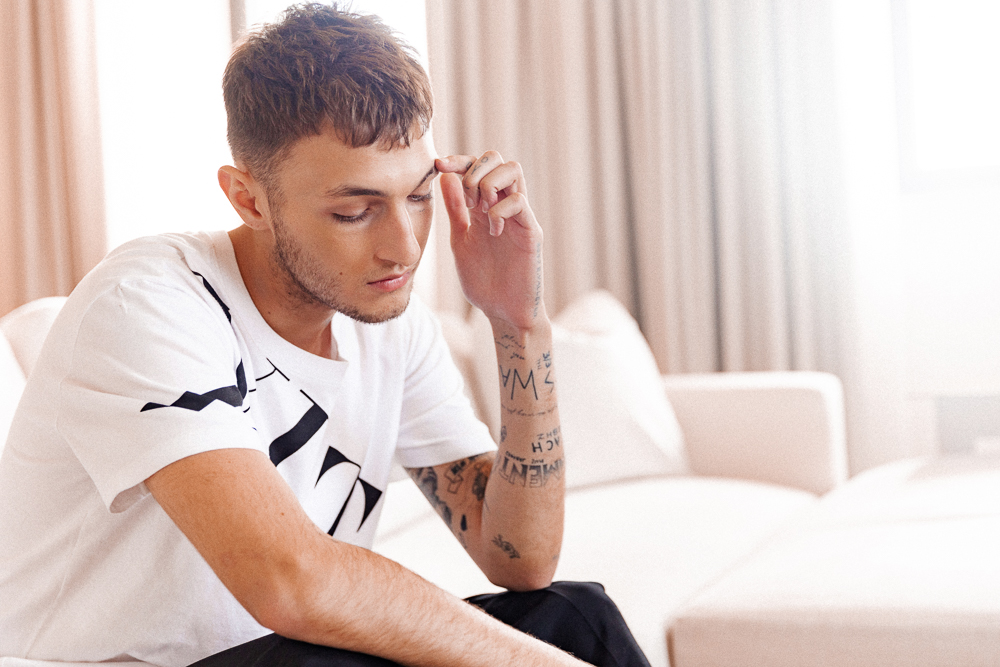 My first fragrance was probably something of my dad’s. He’s my style inspiration—not because our styles are similar, but because he’s always fresh. He’s put together every morning, almost like he wakes up like that—shaved face, smells good, looks clean. It seems effortless, but it can’t be, because for me it’s impossible. I started shaving my face when I was 16, and got my own real cologne around the same time. Those are big milestones. In high school, everyone wore Axe—it was a thing! I was around it all the time, especially because I played football for four years, and they used it in the locker rooms. I hated the smell, so I’d use anything that wasn’t Axe. I got into essential oils for a while, and now I have a diffuser at my crib. I like eucalyptus, rosemary—anything that smells fresh. I use it in the morning, just to relax and get a new palette, or at night to go to sleep. I got it from Best Buy. I also have this cedarwood candle that makes my house smell so good. My friend got it for me in Soho, and he probably got it for $5 or something, but I love it.

It seems effortless, but it can’t be, because for me it’s impossible.

I have Dr. Bronner’s—you know that soap? I have a bunch of them, like three or four, at my crib. I like the citrus one, the eucalyptus one, the rose one… honestly, they’re all pretty fire. But to wash my face, I just use cold water.

I’ll ask literally anyone for skin tips. My biggest issue is that I get my makeup done for shoots, and I always break out from that. After a shoot, I’m running home to wash my face. I’d like to figure out what it is, but I guess some things just make my skin irritated. I probably need to get a facial soon—I know that’s a thing people do. I did it once. I think they did a scrub and this weird cold air thing, but I don’t really remember because as soon as they started cleansing, I fell asleep. [Laughs]

I used to think it was cool to go to school with messy, wet hair. Now my favorite hair products are from Kevin Murphy. I always use this one product called Gritty Business. And I like using coconut oil in my hair, but I know you’re not supposed to put it on your face. My friend Mira Chai Hyde cuts my hair in LA, in her garage. She did my grooming for one of my first shoots ever, and we became friends from that. When I’m in New York, I go to Aaron Grenia at IGK. I bleached my hair for fun by myself a while ago—it turned orange, and Aaron had to fix it. Then I dyed it blue, and it faded into baby blue, and then I dyed it purple, and then it was blond again. I’m not particular about my hair, but the one thing I wouldn’t do again was shave it all off. I did it with a disposable BIC razor, and I was really bald. It looked so ugly, but at least now I know. 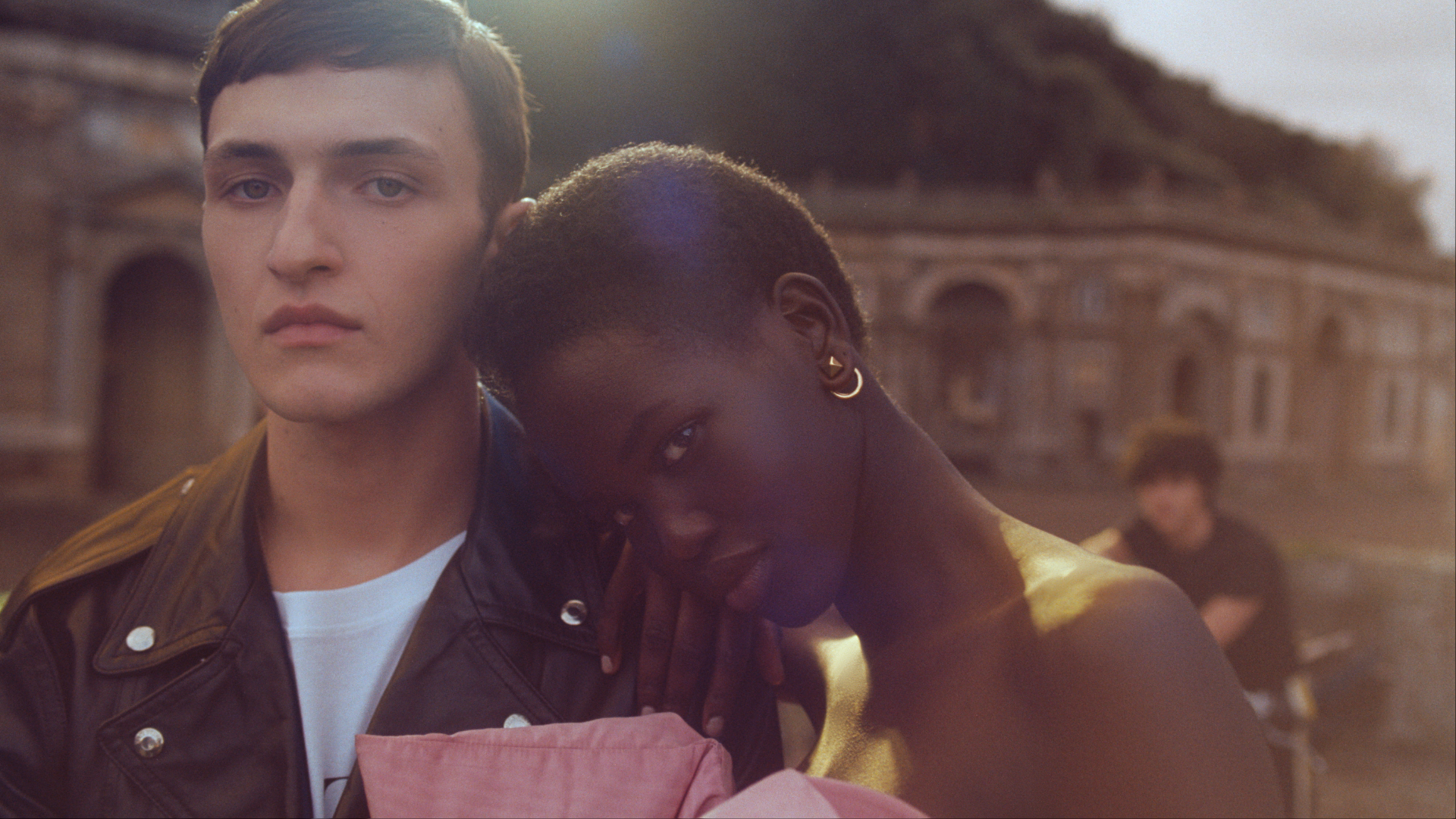 I like seeing how people dress all over the world—everyone has their own swag. People in Italy are super expressive. They’re more free-spirited and comfortable with themselves, and they embrace that with what they wear. We shot the Valentino fragrance campaign in Rome, which was beautiful. There’s so much history, and it was amazing to be around it all. Adut is awesome—we were joking the whole time, laughing, having fun. She held it down. She’s the captain, and she definitely led the posing. It was definitely my favorite shoot I’ve done so far. I also had a lot of fun shooting the cover of Vogue Arabia. I have this pair of Converse that I’ve been wearing for four years and I’ve drawn all over, and I wore them for the photos. That was really cool.

Sometimes I write ideas down in my notes, but I usually don’t know what I’m going to get until I’m at the tattoo shop.

My mom always understood my tattoos, but my dad warned me that if I got too many, I would regret it. I would never tell someone else what to do with their body, so I’m not going to listen—they’re tokens, memories, reminders, and art that I love, and they make me happy. Sometimes I write ideas down in my notes, but I usually don’t know what I’m going to get until I’m at the tattoo shop. My friends Doctor Woo and Shon Lindauer have done a lot of them—Shon does the thicker ones. I also have a bunch of smaller ones that I’ve gotten all over—some in France, some in Italy. After I get a new one I always put lotion on, but I don’t really wear sunscreen because I like when my tattoos kind of fade, and look worn in.

I got a car when I was 17, which was really important to me, but other than that I’m not super into things. Mostly, I’ve invested the money I’ve made from modeling back into creating. I started my own jewelry company, I’ve been making music. The things I create, I can have for the rest of my life."

Anwar Hadid photographed by Tom Newton in New York on May 24, 2019.