In the beginning, we were hunter-gatherers. Food was a game of luck and chance—controlled only by the whims of nature and one’s own stamina. If you wanted a blueberry, you had to track down a blueberry bush. If you wanted chicken nuggets, you had to kill a chicken and wait thousands of years for nugget technology to develop. “I wish, instead of having to physically subjugate my food, there was one place where I could exchange green rectangles for meat, fruit and vegetables,” said early man, probably. And for all intents and purposes, the modern apartment-dwelling New Yorker is just as screwed as the cavemen of yore. We can’t grow our own food, we’re morally opposed to hunting, our fridges are too full of beauty products to facilitate effective stockpiling of nutrients. Even when we do get the urge to grocery shop, where is there to go? Costco is too big, Fairway too healthy, Whole Foods too expensive and Trader Joe’s too controlling. Luckily, Wegmans opened in Brooklyn this fall, and it’s a true suburban dream. O bountiful grocery store, is there anything more luxurious than aisles and aisles of fruit you’ve never seen before and can’t name?

At 9AM on a Monday, team ITG met in the vestibule of Wegmans to experience it ourselves. And while they stocked every variety of Oreo, the beauty offering was… decidedly limited. This is what we found. 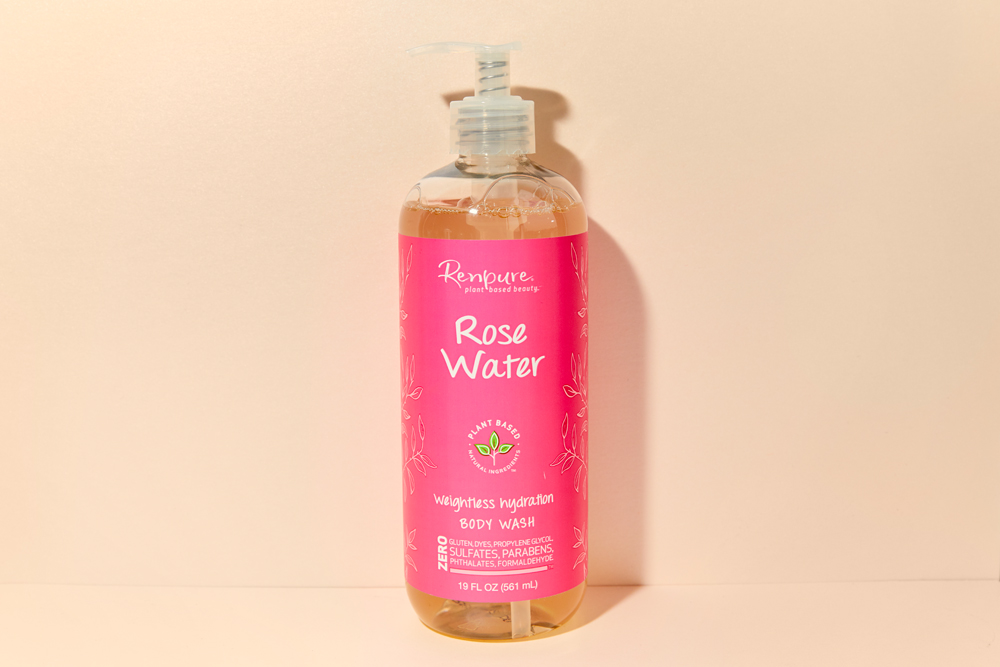 “First of all, the tagline for this is ‘weightless hydration,’ which seems...unnecessary? I’ve never known a body wash to weigh me down, but I appreciate the confirmation, I guess... Anyway, body wash is one of those things that never has to be overly complicated. Does it clean my body? Does it respect my moisture barrier? Does it toe the damn line and honor my vaginal pH? These are not big asks, so Renpure’s not scoring any bonus points for rising above a bar that’s an inch off the ground, but it does get a gold star for coming in a pump. Using it, I realized that save for Body Hero, none of my other body washes are in pump form. Why do companies not like pumps? They’re so much easier to use than a screw top, and a little easier than opening and squeezing a bottle every time. That and the rose water make this body wash practically a luxury experience. An incentive to brave the Arctic journey from bed to shower, if there ever was one.” —Ashley Weatherford 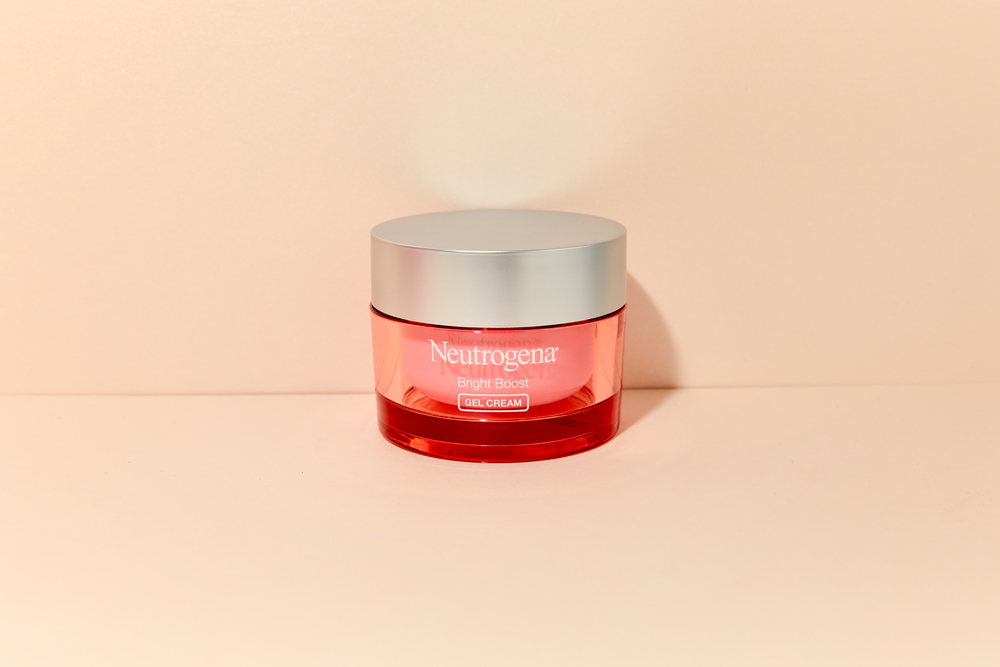 “I love it when a beauty brand catches me by surprise—take this new moisturizer from Neutrogena. Its hero ingredient is gluconolactone, a polyhydroxy acid (or PHA) that works on smoothing the surface of your skin, but is gentler than glycolic. But it also has mandelic acid even higher on its ingredient list, another nice-to-your-skin glycolic alternative to smooth, brighten, and encourage healthy skin. The formula itself is similar to their Hydro Boost cream, but it also has this really lovely pearlescent peach thing happening that lets it function almost like an illuminator. Though, I will state the obvious: dimethicone is the second ingredient, and it smells strong. You should also know it dries slightly tacky, in case that bothers you.” —Ali Oshinsky 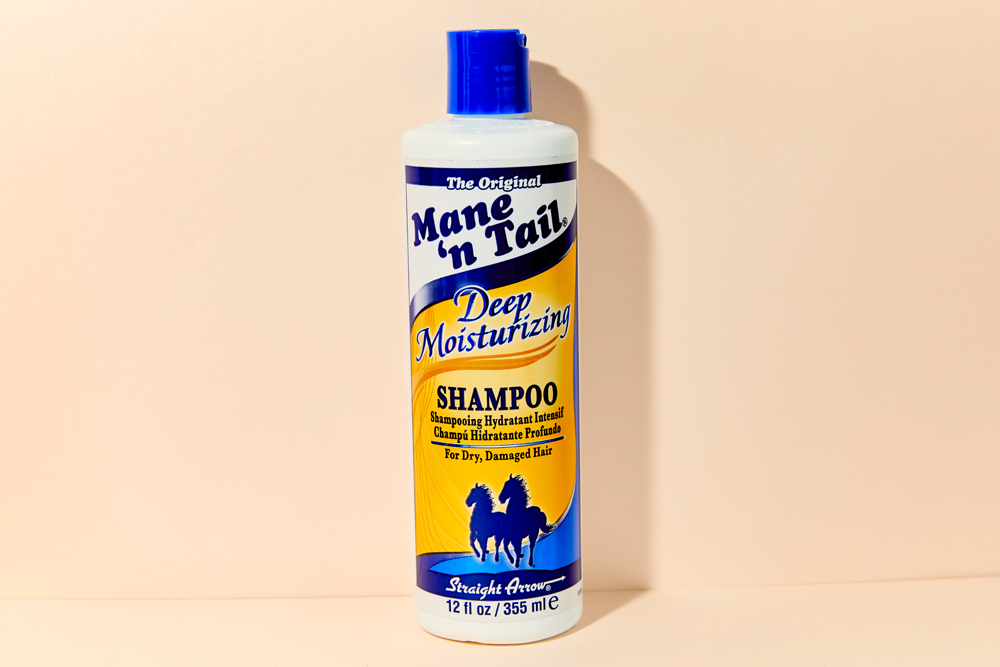 “So, I’m pretty sure this is a human shampoo made by a brand that makes horse shampoo—the difference between the Deep Moisturizing and Original versions. And while this is slightly more moisturizing than the one you can use for face and body, it’s still not safe for color-treated hair. (Blame the foaming agent SLS, or sodium laureth sulfate.) Use only if you have virgin hair and a tight budget.” —AO 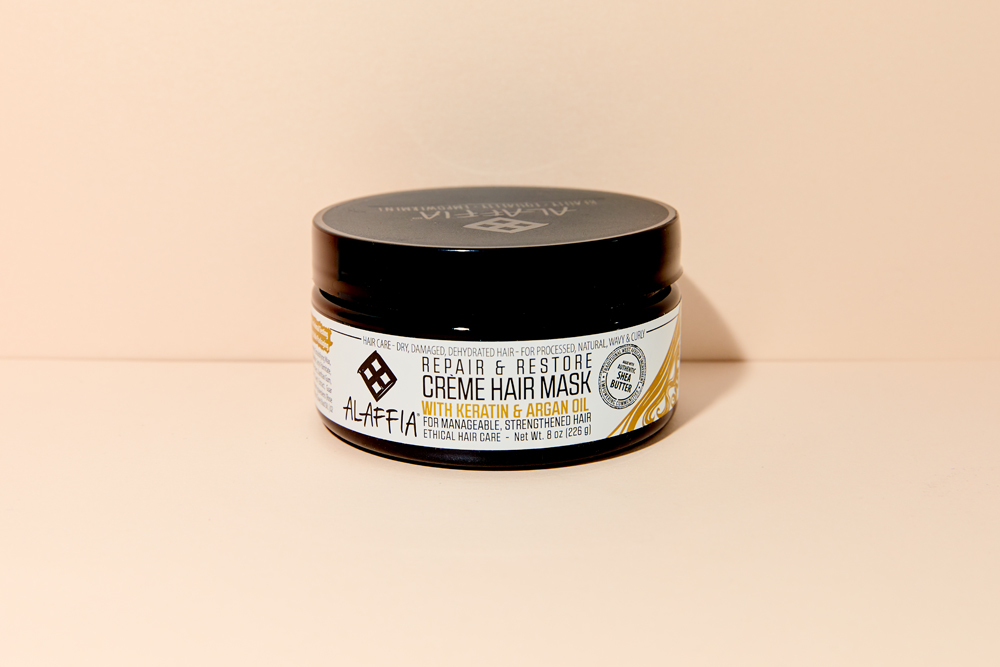 “Ignore the fact it has an uncanny resemblance to hummus. (Or don’t ignore it and plan an elaborate bait-and-switch prank, you don’t have to listen to me.) Alaffia products use authentic shea butter from West Africa and their whole company is structured around improving the quality of life in the region—they reinvest profits into things like education, maternal health, and eyeglasses. The Repair and Restore mask smells like spearmint gum and Aveda, is safe for color-treated hair, and is creamier than most other masks I’ve tried. Kind of like the consistency of… Sabra hummus, actually. I put it in my long hair before a workout, and it made my parched strands silky smooth. Ethical, cheap, and bearing several similarities to a very good snack? What’s not to love.” —AO 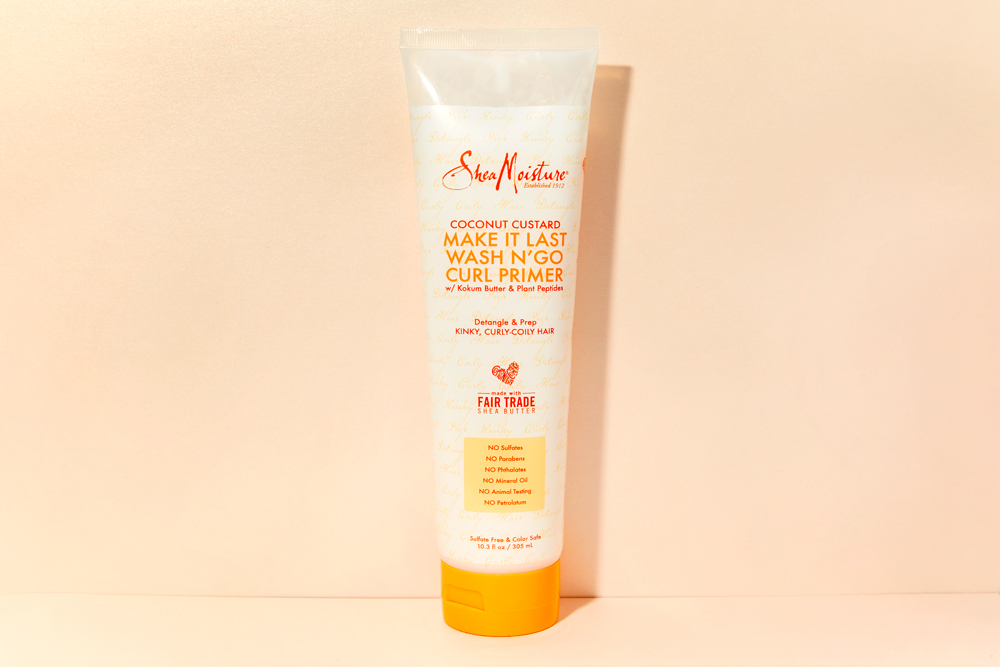 “It’s 40 degrees out and I have no business doing a ‘wash n go’ anything, but the great thing about adulthood is that you can do dumb stuff and just complain about it later. ‘Why oh why did I schedule a 6AM Pilates class? Why did I have that last glass of sancerre? Why do I keep keeping up with the Kardashians???’ Frozen hair aside, I really like this stuff. It has that signature Shea Moisture scent, which is not really a singular fragrance but more like an overall aroma of ‘warmth.’ The bottle says to use it to detangle before shampooing, or post-shower as a conditioning curl cream. I did the latter and found that it moisturized really well! It’s got shea butter, coconut oil, and a bunch of other oils inside, but it’s also incredibly lightweight. Did it make my curls last longer? Eh, probably not. But will it replace my DevaCurl Styling Cream? It kind of already has.” —AW

“I'm a Weleda Skin Food obsessive. Sue me, I'm simple. Ever since ITG called it the La Mer Dupe, I've been slathering my face without regretting the blinding full shine I create in the aftermath. This sensitive version has all the things I love about OG Skin Food; hydration, easy application, no white film residue, and none of the things I hate; the need to dedicate a good amount of time to application (it's impossible to rub it all in!) and the super shiny look I get after using just a dime-size of product. I can keep experimenting with different skincare products and use one of my favorite brand's products. Win, win.” —Chloe Hall 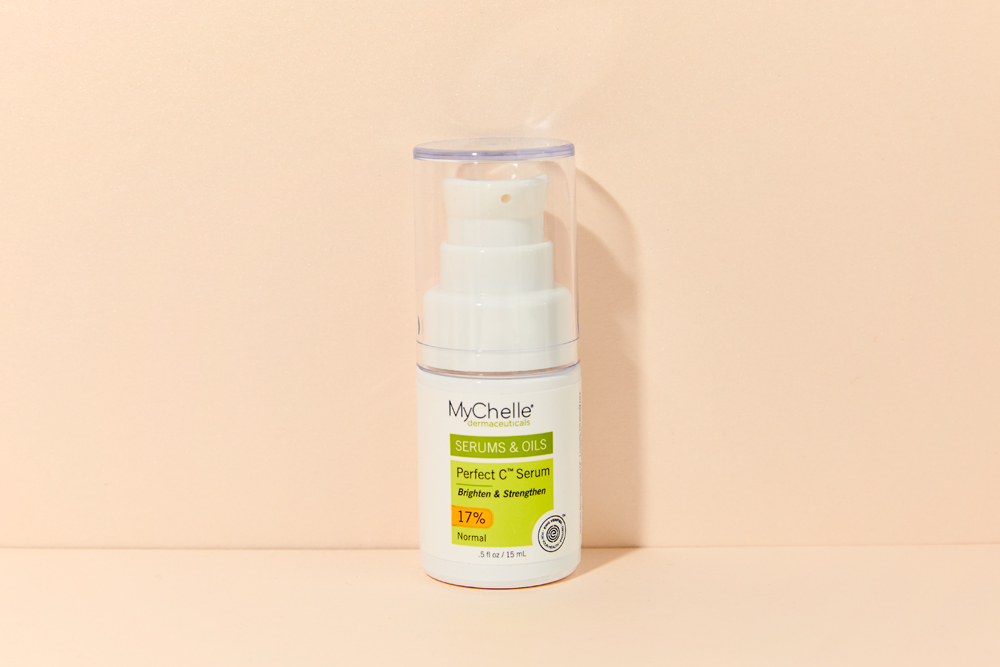 “They say to never judge a book by its cover, but I implore you!!! to please!!! take a good look at your vitamin C prior to purchase. With most forms of vitamin C, the bottle makes a huge difference in its effectiveness! It should minimize contact with light (so, you want an opaque bottle) and air (an airtight pump is ideal) so the formula doesn’t oxidize and lose effectiveness. Mychelle’s version has both, plus a whopping 17-percent L-ascorbic acid. It’s a good and easy choice, though be wary if you have sensitive skin: witch hazel, alcohol, and potentially irritating essential oils abound.” —AO 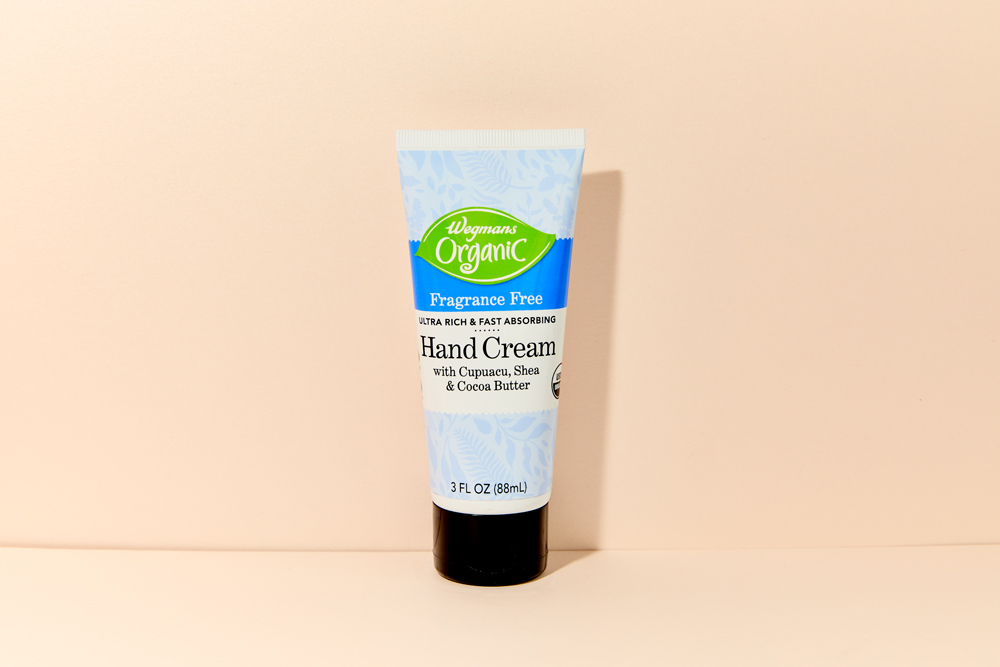 “Similar to our first President George Washington, I too cannot tell a lie. I did not like the Wegmans fragrance-free hand cream. For starters, it's not fragrance-free and is full of one strong note. Vodka. With a bit more vodka. And a splash of vodka. If you are feeling collegiate or want to smell like Lucille Bluth's hands, I recommend this product. For everyone else, take a shot, don't buy the hand cream.” —CH