This Is My Face On NuFace

There are infinite reasons to be late in New York. Public transportation delays that act as a conduit to every New Yorker’s inner rage, Google updates that sabotage mapping routes, coffee pickups, and existential outfit crises—I experience all these on a daily basis. However, if you’ve had a meeting with me in the last two months, it wasn’t the M train that made me late: it was my NuFACE.

When I turned 30, I saw years of working in the sun as a lifeguard manifesting on my forehead. That’s when I started my successful run with retinol, but when my 32nd birthday approached, I wanted to know if other non-invasive treatments could get the job done. In July, I found myself staring at a device that will most likely get mistaken for a sex toy by the TSA—a NuFace. With two rounded metal prongs on a sleek white plastic body, it is a handheld facial toning gadget, where +/- buttons give the user control as it delivers electric microcurrent to your face. NuFace also comes with a conductive gel that doesn’t help your case at security, but does help with distributing the microcurrent to intended areas—mainly your muscles and deeper skin layers, which produce elastin and collagen. The gist is, you slather conductive gel on your face and drag the prongs in an upward motion along your neck, cheekbones and forehead with medium-pressure. In turn, this gadget maneuvering tones, lifts and improves the overall texture of your face. Would it work for me? I hoped so. Especially since the product came at a price tag of $445, or a little over a quarter of my rent. 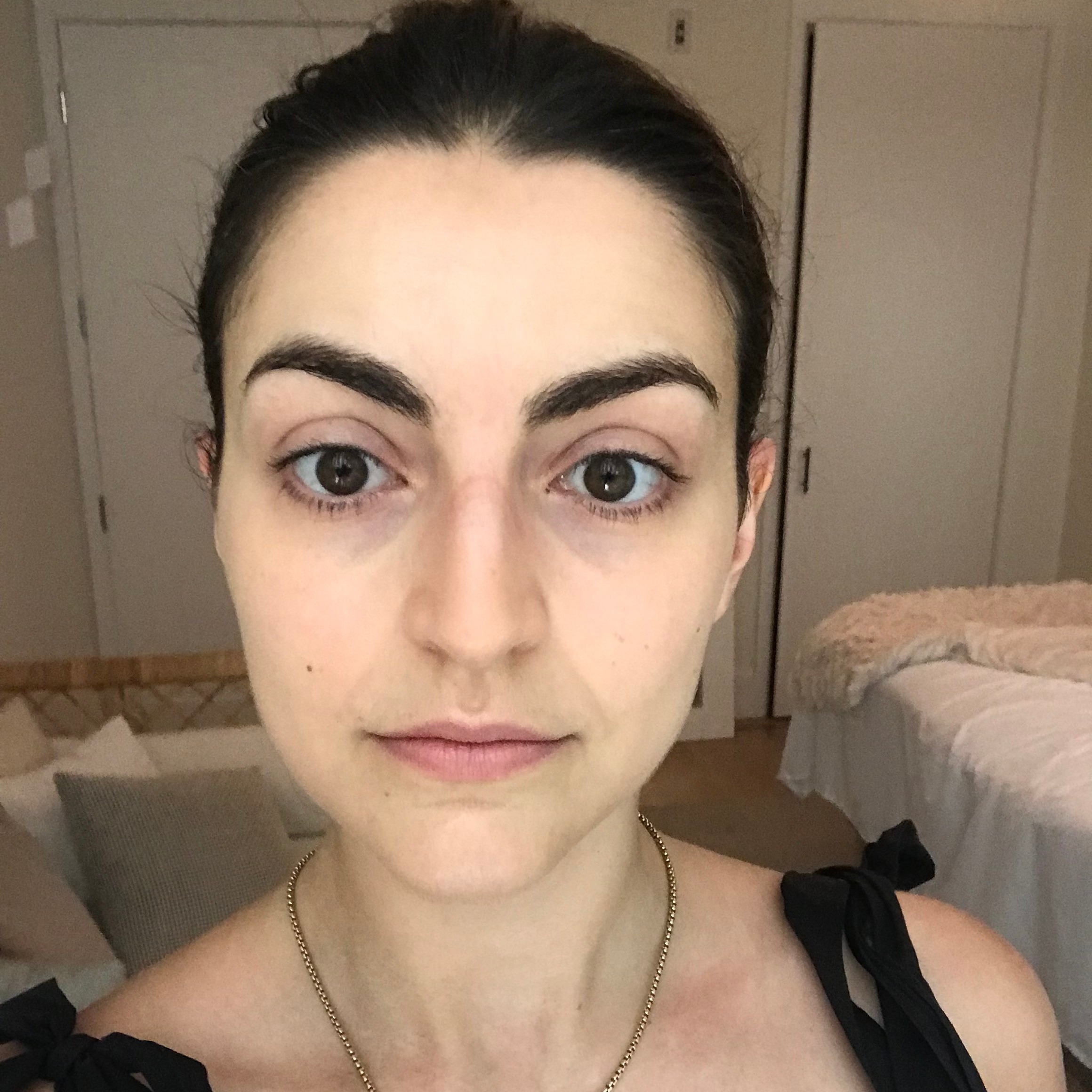 Me, before a facial at SB Skin

“The thing about microcurrent is you need to go often for it to work,” says Shamara Bondaroff, the reigning microcurrent queen of New York and founder of SB Skin. According to Bondaroff and the limited research we have, microcurrent reaches deep into the muscles and surrounding tissue to lift, improve tone, and reduce dark circles and eye bags. In addition to “working out” your face, there is clinical research that shows it helps with inflammation and ATP production. ATP is a chemical your body makes that is key to boosting collagen and elastin. Bondaroff also referenced studies that show it can be a treatment option for Bell’s Palsy, and it also helps with wound healing which translate to faster cell turnover—a plus for anyone over the age of 25.

Speaking with Dr. Loretta Ciraldo, board-certified dermatologist and creator of Dr. Loretta Skincare, she noted that an Italian peer-reviewed study established that at-home cosmetic microcurrent demonstrably reduced wrinkles with consistent use. “Because many people prefer trying non-invasive procedures before having shots, lasers, or surgery, this seems like a good avenue to explore,” she says. With that seal of approval, I was told by aestheticians that the best way to see dramatic results was to get a professional treatment first, and that daily at-home use would only improve my results from there. I started the experiment with a supercharged microcurrent facial at SB Skin, where founder Shamara Bondaroff visibly lifted my eyebrows and reversed the facial puffiness brought on by my recent Italian vacation, where I spent nine days mainlining Montenegro and pasta. 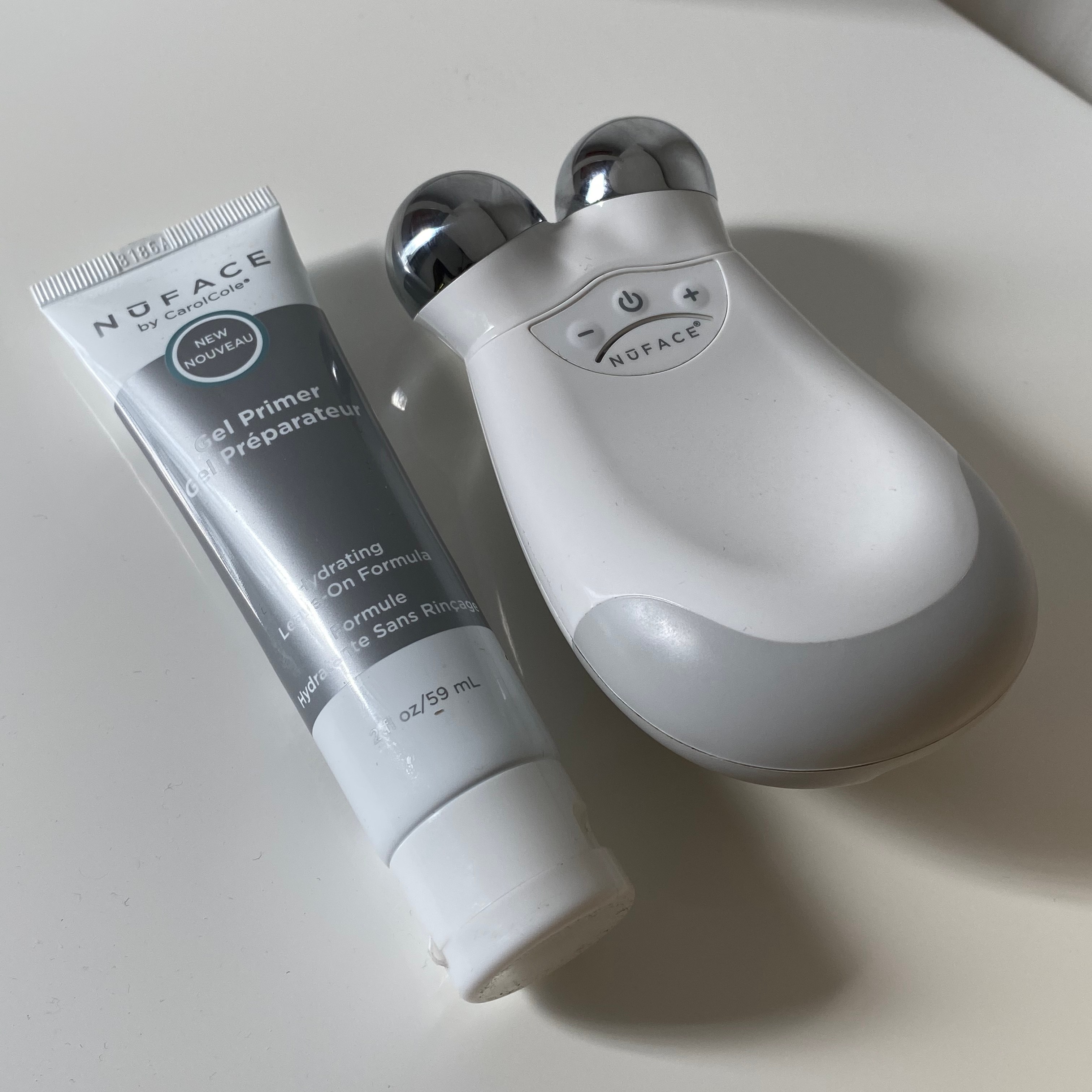 The NuFace and its conductive gel—which I swapped for aloe

After three weeks of daily religious use, I thought NuFACE was a scam. I’d spend five minutes every morning (and some nights) slathering on a thick layer of conductive gel, strategically dragging the rounded machine’s prongs over my cheekbones, neck and forehead, as per an infographic on the device. When I ran out of conductive gel, I moved on to aloe because Reddit told me it was effective and cheaper. It didn’t hurt, if anything the tingling was soothing, but if I didn’t have podcasts playing, the repetitive motions were crushingly dull. Dutifully, I’d keep the prongs pressed at each “landing spot” and would wait for the beep before I repeated the next motion, while anxiously eyeing the clock. I chose mornings because most nights I’m exhausted (running one company and launching another is tiring), and since I heard the best results are right after you use it, I wasn’t wasting my soon-to-be-1976 Fae Dunaway cheekbones on a satin pillow. Thinking the NuFace was a bust, I looked at my before picture next to the “after” (always take befores) and was dismayed. It worked, and in that moment I knew I’d never make a meeting before 9:30AM ever again.

I’ll attribute the small pores to retinol, but my jawline seemed more chiseled despite my continued affair with high sodium pasta dishes post-Italy. On top of that, it was summer in New York, which meant most nights were filled with carbs and Aperol Spritzes, not salads and sleep. Somehow, my dark circles weren’t bad, my face wasn’t puffy. Seeking confirmation of what I was seeing, I sent a picture to a friend asking, “Is that a cheek dent?” The reply: “WTF is a cheek dent and are you getting fillers?” And with that I knew I’d be needing sonogram levels of conductive gel for my face till the end of time. 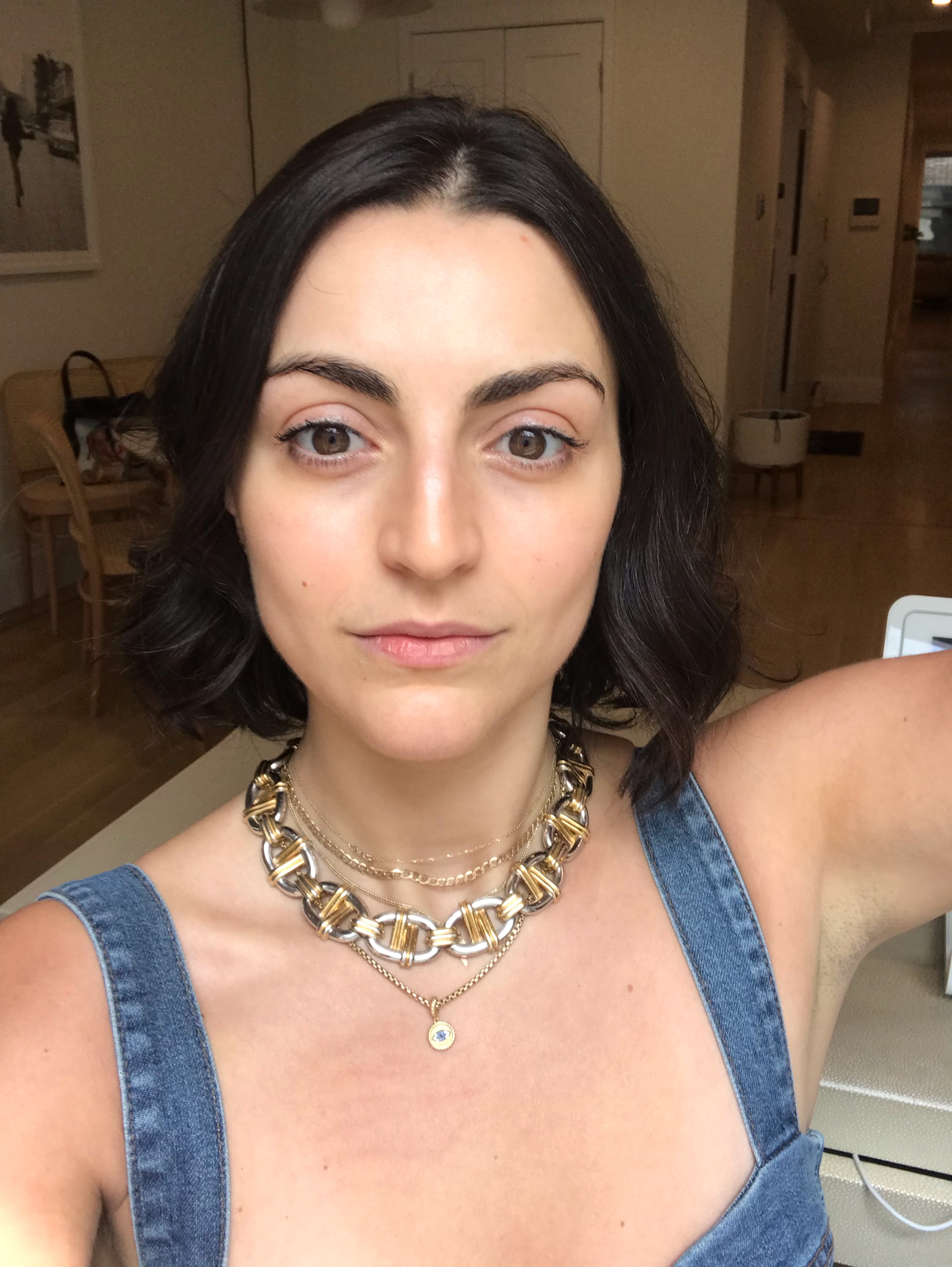 After six weeks of regular NuFace use

“NuFACE is the only device company that does clinical studies on all their devices,” Tera Peterson, CEO of NuFACE, told me. She noted that both she and her mom were microcurrent aestheticians and they wanted to make a device that was clinically backed. While Peterson noted one should see immediate results, I’d argue it’s more subtle and builds over time. My facial at SB Skin delivered more dramatic results which, due to the strength of the machines, is expected.

In my case, the three-week mark of daily use after my visit to SB Skin was when I started to see a marked change. Despite being dismayed at the added 5-minutes to my routine, I’ve mostly stopped cursing the device that made me late to every meeting, outing and flight. While I don’t know what the results would be on someone older or on someone who doesn’t use it every day, my guess is you’d need to use the product for an extended period of time to see a lift. For anyone younger than 30, unless if you have a huge disposable income or deal with puffiness or inflammation, I don’t think it’s right for you.

But the additional five minutes every morning was worth it for me. Did I like being late? No, I had to train myself to get up when my alarm went off, rather than sleep an extra 10 minutes. Do I resent the culture that makes me feel like in order to look good, I should chase the youth dragon? A little. That’ll always be a tradeoff in beauty. Might as well fire up some audiobooks, take meetings after 9:30AM and spend my money on something that not only makes me feel good, but works.

Photos via the author.