“My parents immigrated to Berkeley in '77, right before the Iranian Revolution. They’re both great cooks. My mother and her mother did rices, stews, salads—the backbone of Iranian cuisine. My father's side did the preserves—the pickles and jams. My first words were made up words that had to do with food, and my favorite childhood toy was a Fischer-Price kitchen. When I was seven, eight, nine, I would do little food experiments with eggs, or ramen, stuffed tomatoes, and pico de gallo. What got me to switch from liking food to cooking food was a deep curiosity that I just couldn’t shake.

EDUCATION + CAREER
Growing up, everyone would talk about this restaurant in my neighborhood called Chez Panisse. I didn't know the full history of the restaurant at the time, I just knew it was a special place, and when I was 16, I decided I wanted to work there. I went over to their foundation’s office, and—I’ll never forget this—a woman named Carina Wong said, 'I don't think you want to work here.' My heart dropped. But then she said, 'I think you want to work in the kitchen.' It was very magical—my first professional cooking experience. I learned a lot about spices, when to season, how to tell when something is ripe. But the most important thing I learned was how to taste. It's not something you do at the end of the dish, but something you do when you're working with the raw material, when you're preparing it, and when you are plating. It's a constant process. 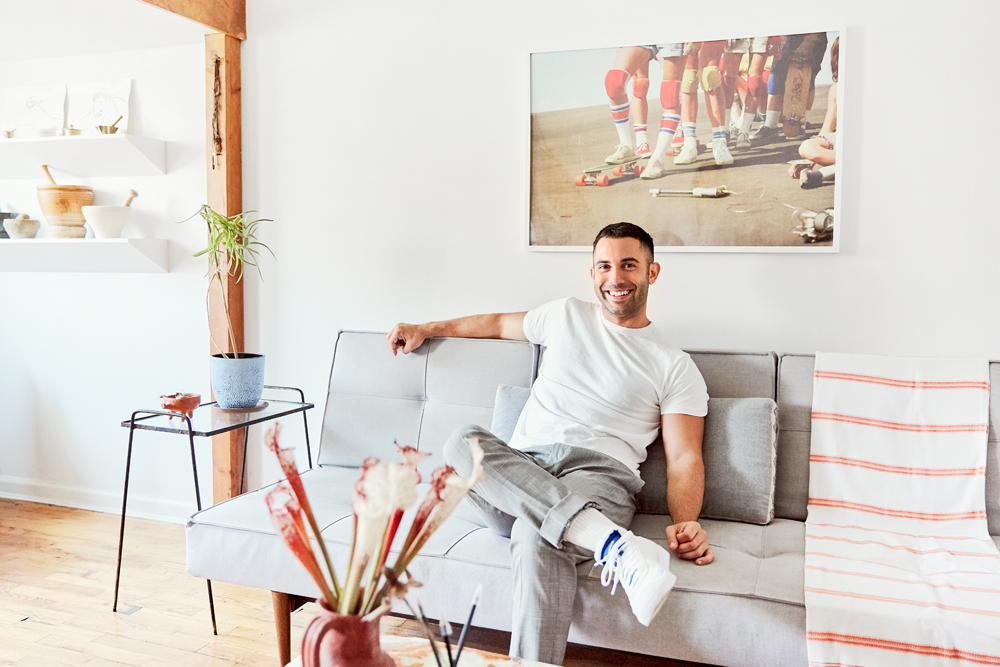 I didn't go to culinary school because Cal Peternell, the chef at Chez, told me not to. He said, 'Keep doing what you're doing, work at restaurants, go to college.' So I took his advice. I studied cultural anthropology at NYU. I got my first job in media at Saveur while I was in college. I was working the test kitchen there for three, four months, and then I helped with a big story they were doing on Iran. They had a reporter go out there and they wanted me to act as a kind of consultant, a taster for the food. But they ended up scratching all the recipes and let me adapt some of my mother's recipes. It was a huge thing for me to do as a 21-year-old. When it came out, it gave me some attention of sorts.

I left media to finish school. I graduated and worked at a few restaurants—I was at Frej, which became Aska in Brooklyn. I was at Corton for a time, and the last restaurant I was at was Estela. After Estela I went back into media—I thought I needed to put the work in [in restaurants] before I could return. I ended up at Tasting Table as its food editor—I was brought on by my former colleague at Saveur, Todd Coleman. It was a huge learning curve to oversee stuff—I was a manager at 23. Eventually a friend who used to work at Bon Appétit suggested that I apply for the senior food editor job there. To me it was the holy grail. I didn't think for a second I'd get the job. I was so nervous to even write the email, let alone come in and cook during my “trial day.” I cooked three dishes for Carla Lalli, the executive editor, the restaurant editor, and the creative director. Very intimidating. And then I had an interview with the editor-in-chief, Adam Rapoport. I thought I did it well and I had a feeling he liked me, but then I knew he liked me when the interview finished and he complimented my shirt. 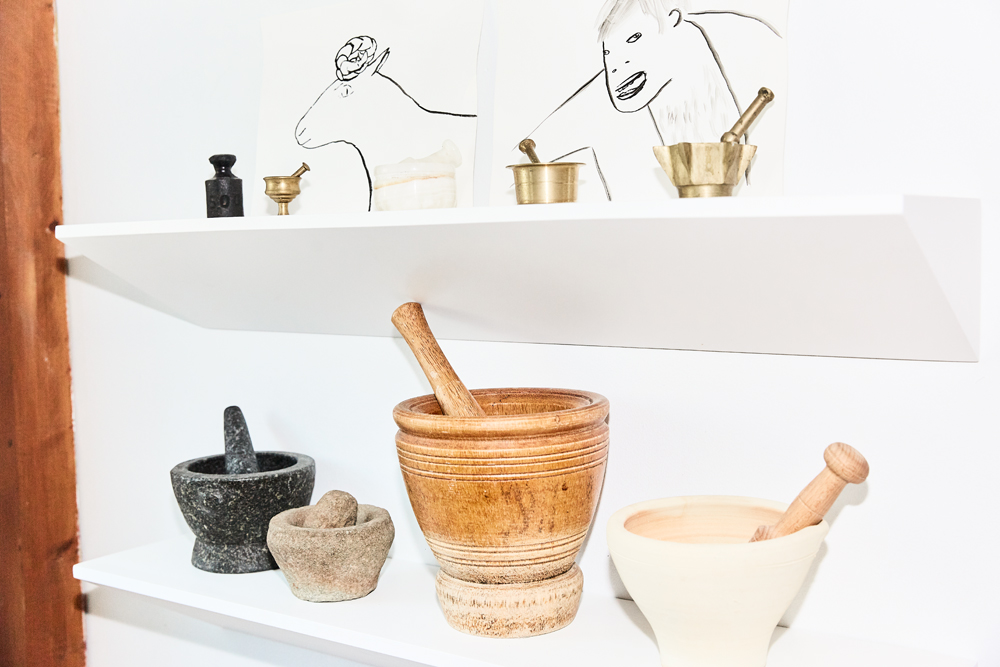 Now I've been at Bon Appétit for four years. I am a food editor, which means I develop recipes for the magazine and the website. I'm also on video a lot, I go on podcasts, and I go around the country as an ambassador for the brand. I still love doing the original stuff, though. Being able to be in a video that people watch and love is amazing, but it feels just as great, if not better, when someone says they read an article of mine and loved it. That immediately makes me happy. When I first started I was developing a lot of recipes that were very chef-y and overly complicated—trying to show off my skills. I was the baby in the test kitchen—still am—and I wanted to prove myself. But then one recipe I was trying to develop just wasn’t working for me, and it killed me, to the point where I wanted to quit. That’s when I decided to tone it down. Now, if I can't cook it in my tiny studio apartment, then I am not developing it for the magazine.

In another life, I would have gone into skincare instead of food.

SKINCARE
I was exposed to the beauty world early on. My mother is an aesthetician, and she was a Lancôme lady for 20-something years. She opened her own shop, Skin Wise, about 15 years ago. She's always learning and passing what she learned on to me. From an early age I knew to wear sunscreen every day, no matter what. Body? Sunscreen. Face? Sunscreen. Raining? Sunscreen. As a teenager I would play around with products, but it wasn't until I was an adult that I wanted to go in deep. Then I became obsessed. In another life, I would have gone into skincare instead of food.

I have eczema, and it comes and goes. I’ve used prescription cortisone in the past, but when in doubt, I go for Aquaphor. I use that on my lips at night, too. My night routine starts with micellar water, and then I wash my face with either Milky Jelly or Cetaphil. After I do my sort of double wash, I'll do my retinoid. That's the one product I will take breaks from—I do it probably three times a week, and I've worked my way up to my current .05-percent prescription. When I first started I had patchy skin, and now it’s so smooth. From there I'll use my heavy moisturizer, Embryolisse. I go hard with the moisturizer at night because that's when my skin's going to absorb it best. Then I let that sit for a few minutes and put on two drops of Vintner's Daughter. 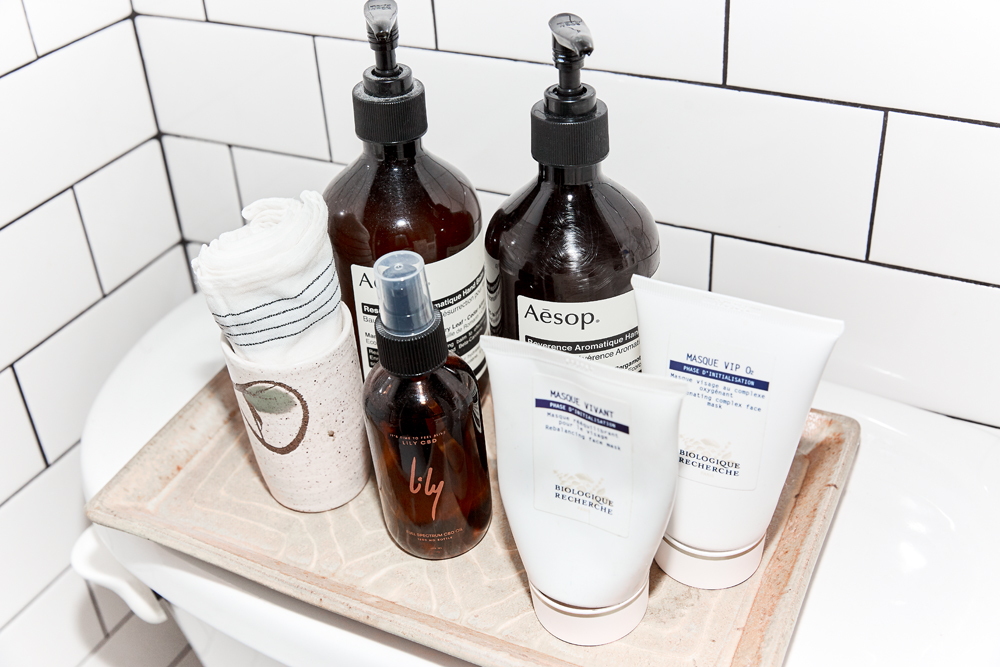 The one thing I've never been good at is eye cream. I’m not convinced it makes a huge difference. But I still use some occasionally—mainly Mario Badescu’s hyaluronic one. But I don’t know… My problem is I'm an insomniac and I get dark circles. Bags you can do something about, but there’s no cream that will get rid of dark circles—that’s a job for concealer. Although I don’t wear makeup, not even on camera.

I don’t wash my face in the morning. Instead, I'll wipe it with micellar water, and splash on a little bit of water. By the way, I have the best cotton pads—they’re perfectly smooth, they're not too fluffy, and they don't get caught in my beard. They're Japanese and you can get them on Amazon. Then I go hardcore with the P50—my skin can take it. I'll do P50 at night too, when I'm not doing retinol. After the P50, I rub in the Belif moisturizer. I don't need a lot of that, and it's super light and absorbs quickly. I'll put Vintner's Daughter on top—I want that dewy look. Maybe the eye cream, maybe not, depends on my mood. Then I use Jack's lip balm. There are some things I don't like to pay a lot of money for—my moisturizer at night, Jack's, and even my eye cream. 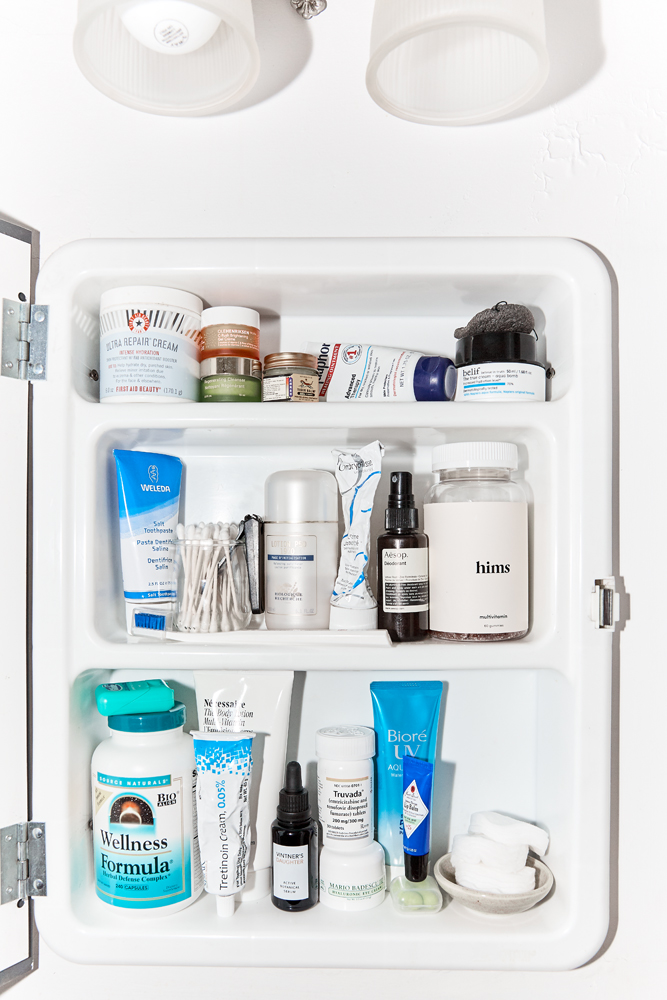 Masks, I spend money on. I'll do one once a week—Masque Vivant or O2. Or I'll do a combination of both, with Vivant on my T-zone and O2 under my eyes. The Vivant is the one I really need. You feel it—that thing is alive. But I have to be aware of when I use it because it brings everything [pimples] to the surface. I have to do that a week or two before I'm doing something big—I didn't do Vivant last night.

I go to Rescue Spa and Cap Beauty for facials. Also, I'm one of those Skincare Addiction Reddit people, and it’s there where I found out about the Biore sunscreen that's sold in Japan. It's the best! It's so light, and I can put it all over without worrying about it blending into my skin and beard. I order batches of three or four each time, and I use it year round, no matter the weather. I also bring my sunscreen to work, and reapply throughout the day—I have two sunscreens in my bag right now. I'm convinced my skin is even more sensitive now because I use so much sunscreen. It's probably crazy talk, but if I don’t reapply, then I will almost automatically get a sun spot.

BODY
The sunscreen for my body is Neutrogena's Helioplex. It's a lighter one, and I go with the SPF 50. My friend started a company called Necessaire, and I like their Sandalwood body wash a lot. And their body lotion is really, really nice. I go between that and First Aid’s body lotion—those two are the best body lotion’s I’ve ever used. I moisturize probably three times a week after showering—I'm pretty good about it. And then I use Aesop deodorant. It's heavy on vetiver, and if I didn't use that deodorant I would probably just wear vetiver as a fragrance alone. I like that smell—it smells wild and rough around the edges.

HAIR
Using EVO, I shampoo maybe once a week, and I condition two or three times a week, rinsing three-quarters of the conditioner out when I'm done. I don't put any product in my hair after that. I only brush it when it’s longer, because then I get curls and I need to tame them. 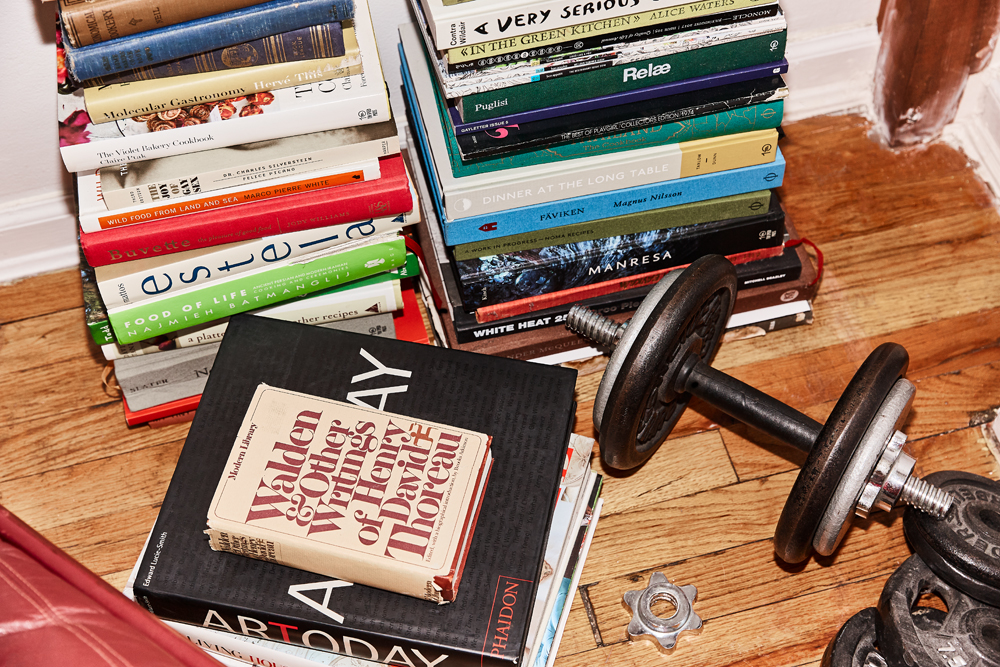 FOOD + FITNESS
I get a lot of DMs about my diet, but I don’t diet, I just eat clean. Part of it is really listening to my mind and body. What am I craving? What do I need? I work out five, six days a week. I'm in a transition point right now and it's really been a struggle. I used to do CrossFit—I miss it. The CrossFit box I was a part of closed. I've looked into others, and they weren’t quite the same, so now I work out on my own. On a good week I'll do two push days, two pull days, and two legs days. I was doing a lot of heavy, bodybuilding workouts for a moment, but now I'm into lighter weights and more reps. It's not easy to be healthy, unfortunately. I hold myself accountable.”