“My parents played sports in college, so when I was a kid they introduced me to a lot of sports because they wanted their children to play as well. They didn't think I would choose tennis because they never played it. Actually, no one in the family played it. I was six when I first picked up a racquet. I remember the first [tennis] summer camp my parents put me in. I didn't really like that because I just wanted to talk with my friends and not be on the court. I still played other sports, but when I turned 13 I turned my focus to tennis, and then I got pretty good at it. It wasn’t like I liked it more than other sports, I just liked winning.

Almost all my friends play tennis—we basically grew up playing at the [Mouratoglou] Academy. I practice six days a week, four to five hours a day. Normally I start practice around 9AM, and then I do school, and then I might practice again. It's hot in Florida, so we try not to go out in the middle of the day. My favorite thing about tennis is that I get to be alone on the court—I don't like it when people tell me what to do. On the court I get to make my own decisions, whereas playing for a team I have to follow someone else’s decision. But there are little moments in tennis where you're on a team—Fed Cup, for example, which is USA against a bunch of other countries. So you get the best of both worlds, I guess. 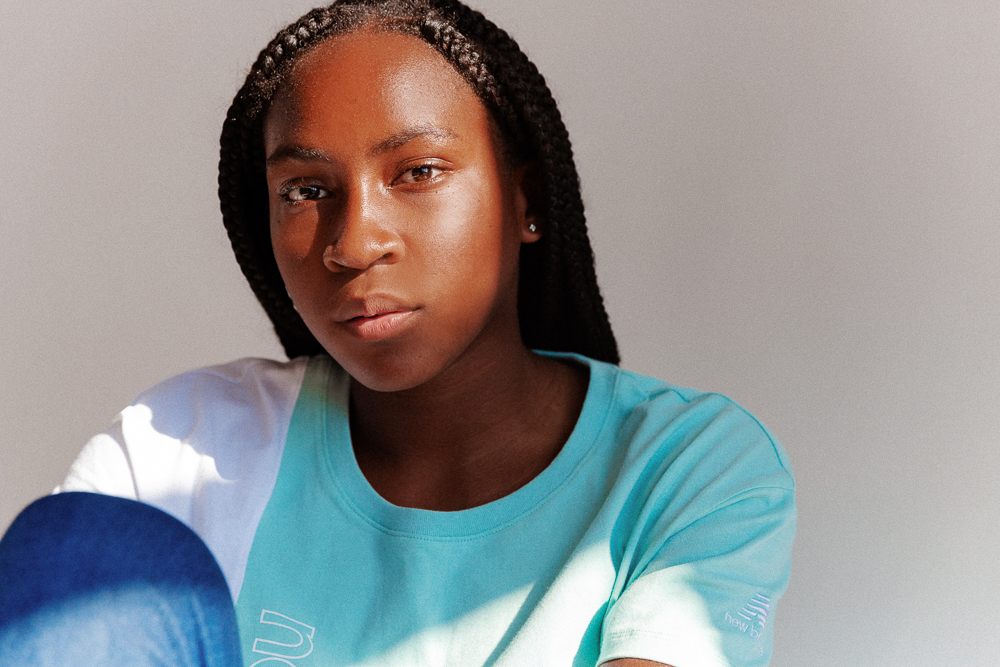 For beauty, my focus is makeup and nails—I like doing those the most. My hair is usually in braids. I like my hair, but braids are just easier. Especially when I sweat—when my hair isn’t in braids, the salt from my sweat dries out [my hair]. When I take my braids out, my hair is always doing good. Plus, it's just easier not to travel with a bunch of hair products when I’m on the road. I’m thinking about adding color to my braids. Maybe pink, or something. To get them done, I go to this lady named Lola, and she's really good. She gets me in, even when I text her five hours before, saying ‘Do you have anything open? I have to leave tomorrow for another tournament.’

It wasn’t like I liked it more than other sports, I just liked winning.

For the bigger tournaments—the grand slams—I get designs for my nails. At Wimbledon I had some cool nails with diamonds on them. At the US Open I had ombré nails. And now I’m doing neon. I really like using nails to express how I’m feeling at the moment. To get them done, I normally go to a nail salon near my house. I've never broken a nail while playing, and if I do then I'll just get them shorter. But so far, so good.

I’ve been watching makeup tutorials for as long as I can remember. When I was 12, my mom let me go to the store to buy my first mascara. And then I just kept begging her for more and more makeup. Eventually she let me get more, but her thing was just making sure I knew how to do it right so I wouldn't go out looking crazy. The makeup tutorials on YouTube definitely helped a lot. I like Jackie Aina, Alissa Ashley, and Patrick Starrr—those are the main three I watch every day. 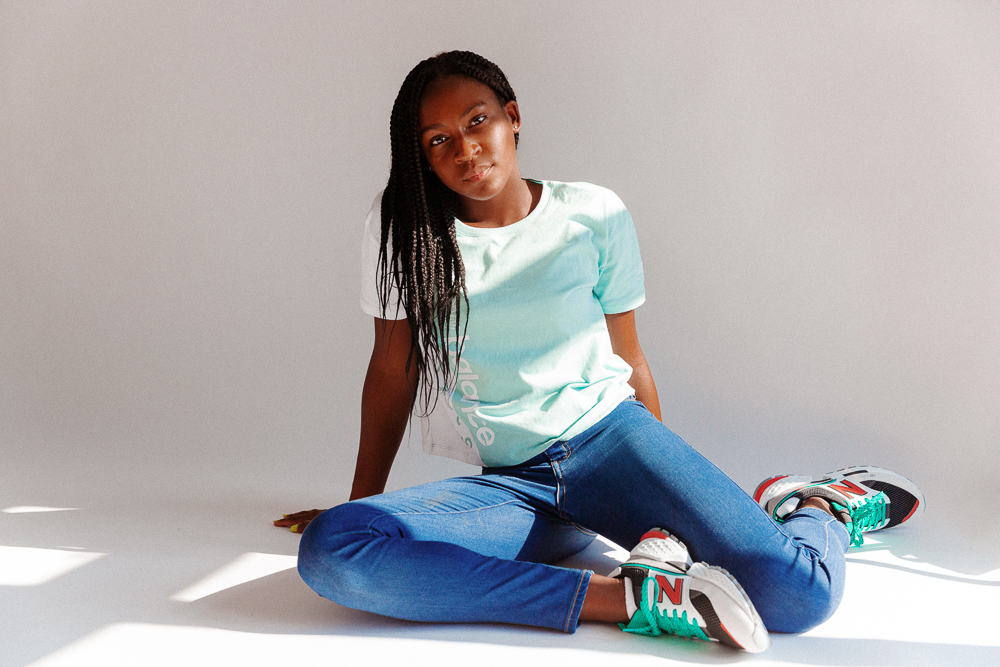 I enjoy eating healthy food. But when I do eat junk food, my skin breaks out. So that's motivation, I guess. I use Cetaphil face wash and a Neutrogena moisturizer. I started using the face mist from Glossier, and I really like that—I use it every day. But overall I don't really do much. The biggest thing is sunscreen. I've been using the Neutrogena Sport sunscreen. I like it because it doesn't get in my eyes when I sweat.

Because I hate being sweaty, I get in the shower as soon as I get home from practice. And at the end of the shower I might turn [the temperature] to cold, just because it's so hot outside and the cold water is refreshing. Sometimes I do ice baths. They're not comfortable or anything, but you feel good after—I’ll give them that. They’re supposed to help your muscles. Refresh them. And I stretch a lot because that's important. Sometimes we do massages, but that’s just relaxing to me more than anything.”