Three interviews in one. Enjoy! 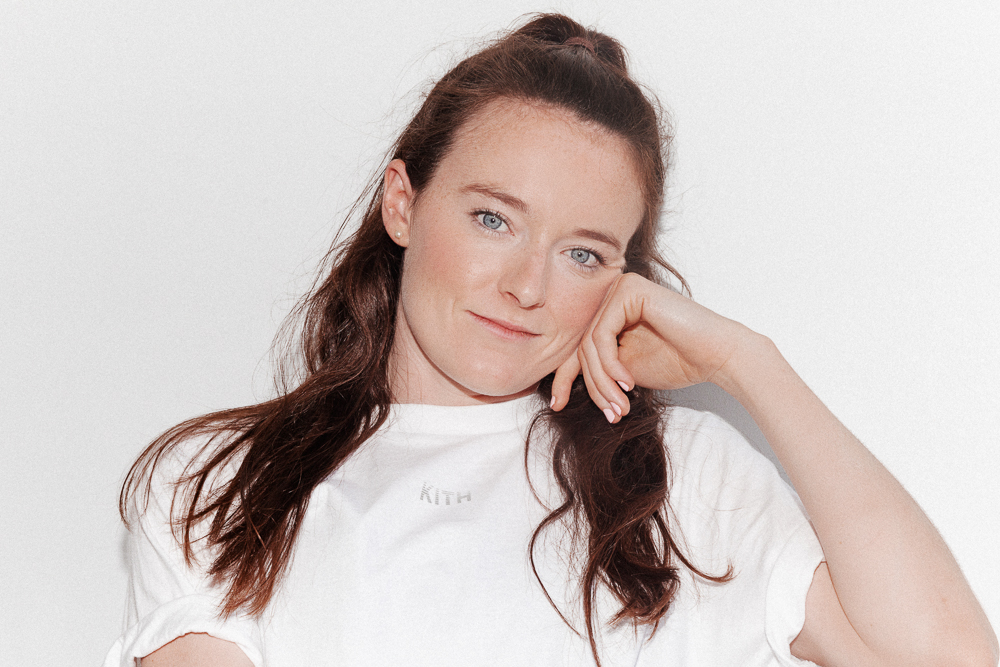 “I started playing when I was five, for a little YMCA team. My sister played soccer, and I just did everything she did. I don't know if there was ever a moment where I thought, ‘I can [play professionally],’ it was more of a moment where I realized I wanted to do it. In 2003 or 2004 the national team came and played in Cincinnati. Just seeing them in person made me realize I wanted to be in their shoes one day.

I used to always wear headbands when I played. Then, at one of my first camps, I was wearing a purple headband and our head coach Jill Ellis said something like, ‘Rose, you should find a purple team to play for.’ I haven't worn a headband since, I only wear pre-wrap now. It’s something we use to tape ankles, and you can roll it into a headband, too. It doesn’t pull your hair out, it's soft. Everybody does it.

When I first started playing professionally, I would wear makeup. Now, I feel like I sweat too much to do that. Although, some former girl soccer players came out with a brand called Sweat Cosmetics. Whenever I have makeup on, I always use that. I'll put my concealer on, my normal foundation, and then I'll brush that in spots where I get sunburned because it has SPF.

For sunscreen I'm not loyal to a specific brand. I don't usually use anything that has alcohol in it, though, I find that that irritates my skin. I also don't like stick sunscreens. I don't feel like you can get full coverage, and it always seems like those clog me up. But we use Neutrogena [sunscreen] on our face a lot. That goes on nicely and it doesn't feel super thick.

I like hopping around with skin care. What I'm using right now is Tatcha. I have their cleanser and their purple cream with the little spoon, The Dewy Skin Cream. I just dab, dab, dab. I have their Water Cream, too. It's great and super light. You put it on, and it moisturizes your skin so well.

There's this other brand called Peaches Skincare. It's all organic, and I used that for a year and loved it. The only reason I didn't get a refill is because I got lazy. I used literally everything they have. Their cleanser, their exfoliator, their toner. They have a perfecting polish, and then also their moisturizer.

I get pretty lazy with skincare when I'm traveling, because I feel like it's hard to find good, travel-size stuff that you know is going to last. I always just go to Sephora and get their little exfoliating wipes. I'll use that when I run out of my little travel-size whatever. I had that little travel size Tatcha cleanser, but it only lasted me so long, so I got the Sephora exfoliating things when I was away, and I feel like that was a very good alternative.

In 20 years, women’s soccer is just going to keep growing. The conversation about whether we deserve more is over. Now it's action. I think everyone can play a part in that, even the fans. Coming out and supporting us not just every four years, but every single year with the NWSL teams. As for me, after the ESPYs I'll get a couple days to relax. That will be nice.” 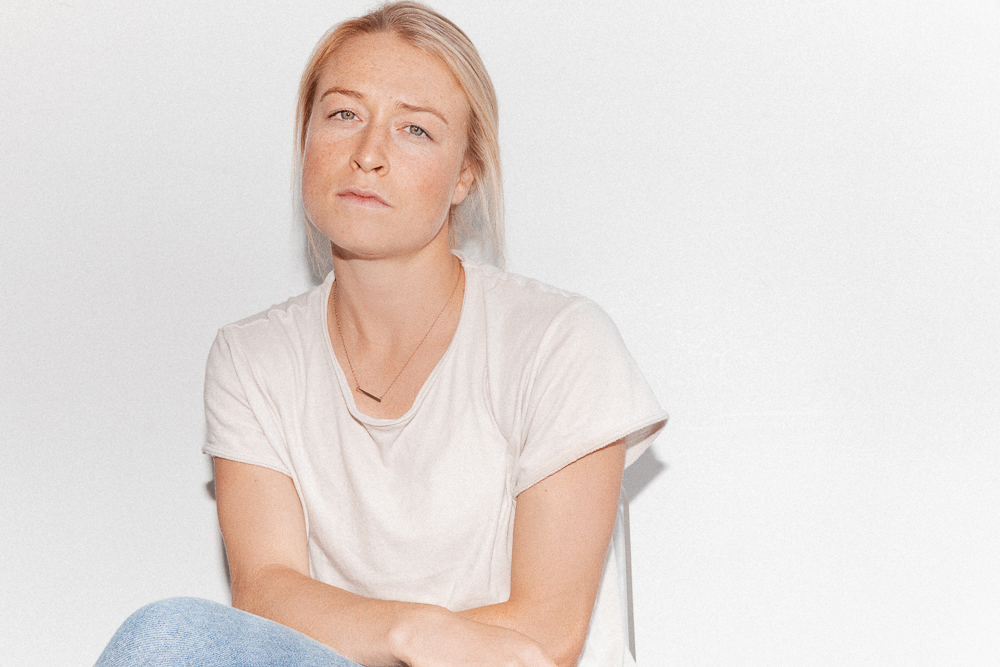 “I’ve been playing since I was maybe five. I have a twin, and we’d always be running around, and my parents were probably thinking, 'How can we use up their energy so they can sleep at night?' They put us into sports, and soccer ended up fitting.

I've never been someone to put makeup on when I play. I don't want it to get on my jersey. If I wake up with a surprise [pimple], I might cover that up with some concealer, but that's it. After games I like to wipe my face off with a wipe—not my own, I get wipes from anyone who happens to have one. Or if we're traveling, I just go back to the hotel and wash my face with my face wash. I like ones from Neutrogena and Kiehl's, the blue face wash.

Breakouts happen, and I think it’s more so from travel than from sweat. I use Origins a lot. I use some of their masks—the charcoal one is good, and so is the pink one with rose clay. And their eye cream is good.

This might sound weird, but water is different, depending on where you’re traveling to. Like my hair for example. I feel like I get a better wash at home—my hair feels light and great back home in Portland. When I was in France, I didn't have that feeling at all. I felt like I had this extra gunk.

In this past tournament, on game days, we usually had the same thing available for us when it came to food. Pancakes, eggs, oatmeal, sweet potato, things like that. There's a lot of carb loading on game day. Specifically, I had oatmeal, sweet potato, and some fruit on top. Then, usually avocado toast and an egg. We eat, like, four times before the game. We just burn [so many calories].

I think we've shown that if you have a federation that puts money into their players, into their programs, then you're going to see growth. Budweiser is a partner with the NWSL. Their campaign goes something like, 'It's not every four years that you take care of 23 players, you have to invest in them every day.' That's a really big statement that we're trying to make, and if we get it, we’ll be in a place [of parity] with the men’s [team]. Everyone can play a part to seeing the gap shorten.

Right now we've got three more months of club soccer. But my main priority is to decompress, getting back to family and to our friends. Then, get right back into it.” 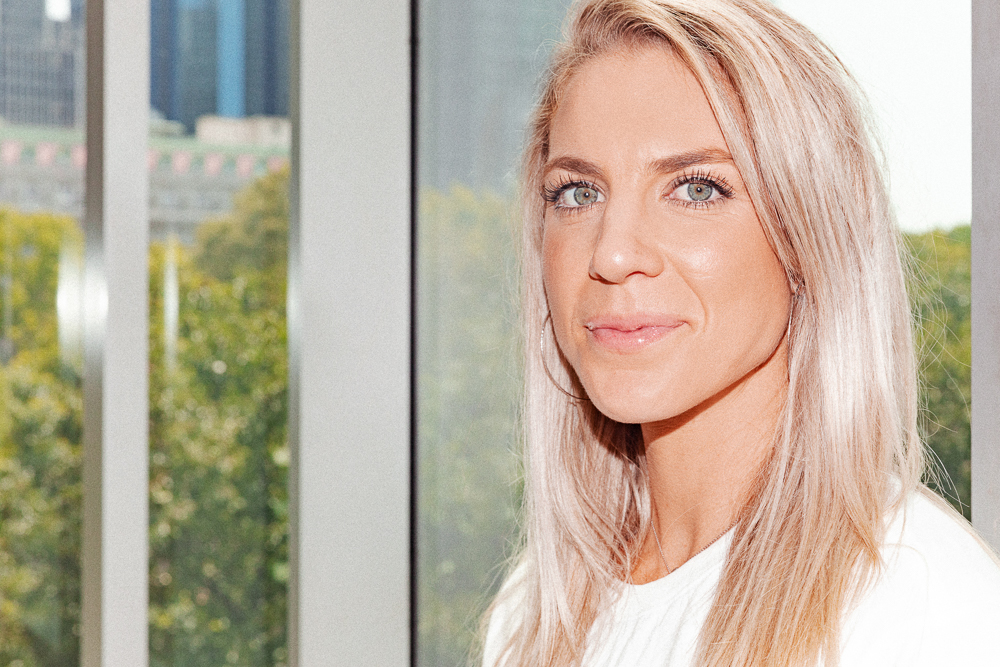 “I knew that I wanted to play soccer for the rest of my life pretty early on. I started playing when I was four, and later on I went to Santa Clarita University and played there for all four years. I got drafted right after I graduated, and have played professionally for the Chicago Red Stars ever since.

I wear a little bit of makeup on the field. CC cream is about as far as I can go, just because I’m sweating so much. My natural hair texture is a little awkward—not quite a curl, but not quite a wave, but for some reason I have to have it unbelievably straight whenever I play. I've gone through wearing a braid or a bun, but now I just have my ponytail as high and as tight as possible.

And then I always wear blue headbands made out of pre-wrap. Nothing too cute, just something that's easy to dispose of after being all sweaty and gross. I try to not wash my hair every day, but it is hard because we train all the time. Hair masks are my lifesavers—Olaplex has saved my blonde, bleached head. For skincare, I am obsessed with Drunk Elephant—I always have my vitamin C in the morning. For sunscreen, the best kind is something that has zinc in it, by far.

It's still kind of shocking to think of myself as a role model. I still feel like I'm young, trying to grow up as well. But it’s a huge honor, especially being a part of the team, to be able to help grow women's sports, and leave it better than when I came into it.

It's so surreal to win another World Cup. And to have a book! I never thought in a million years I'd write a book. But the biggest thing that this sport's given me is so many amazing opportunities, and I’m blessed to be able to give back to kids through my foundation. It’s basically about giving kids that don't necessarily have opportunities in sports and education, an opportunity. Because sometimes that's all you need.”