There was a time, maybe two and a half years ago, when everyone at Glossier was all about "looks". People were walking around proclaiming that this was their "spring look" or their "2016 look"...and it could have been anything! A 4-year-old in a princess costume on the train, a song, a Chinatown pastry dropped on the sidewalk—there were no rules. Something about that mentality screams summer to me. If winter is the time to take care of yourself, spring is the time to get yourself organized, and fall is the time for cozy nostalgia, then summer is the perfect time to experiment. With makeup, with clothes, with fragrance. Pick a theme and expand from there.

My summer look is what I'm calling The Beach Boys. You've got some Blue Crush in there, some '60s feelings, a little Venetia Scott shooting in California, an Airstream, the Rockaways mixed with some Malibu cliffs, maybe the Eagles are playing in the background... The clothes would be bucket hats, light wash denim, fisherman knits, '70s Ocean Pacific sweaters, some Tevas. The makeup would be red cheeks, drawn in freckles, chapped lips and, if anything, maybe a swipe of teal on the eye. That sort of thing. The fragrance would be something neroli. Squeaky clean summer. 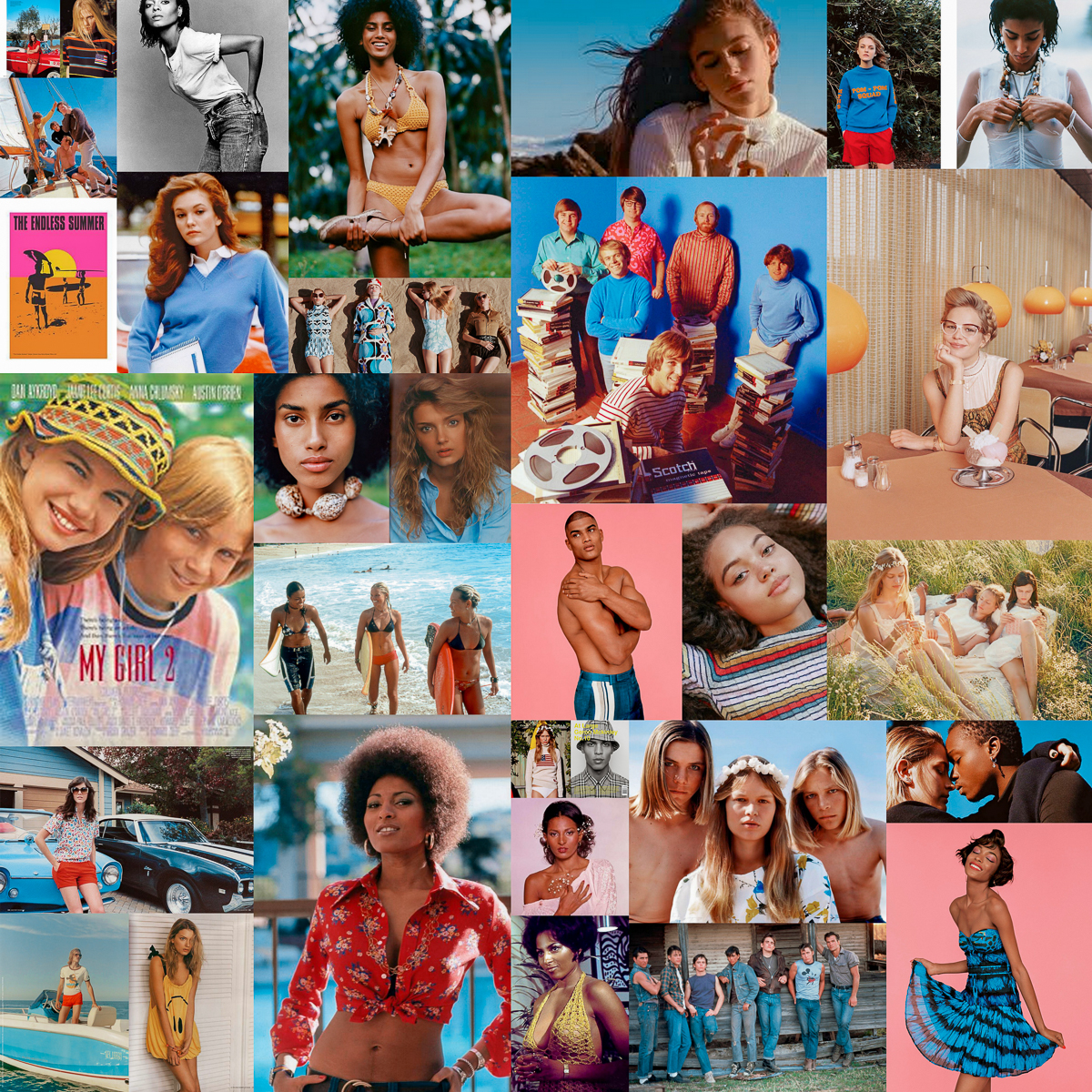 But that's mine. What is yours?

One direction you could go is dark and austere summer: inspired by Hedi Slimane's bleach blonde California photos, Helmut Newton, YSL in Morocco... All that kind of severe, sunny imagery. The clothes would be black mesh swimsuits—and maybe that's it? Makeup would be red lips, oily highlights, berry blush under the cheekbone. It's all about the intensity, the almost-too-much. Fragrance would be Frederic Malle's Portrait of a Lady. You feel me? 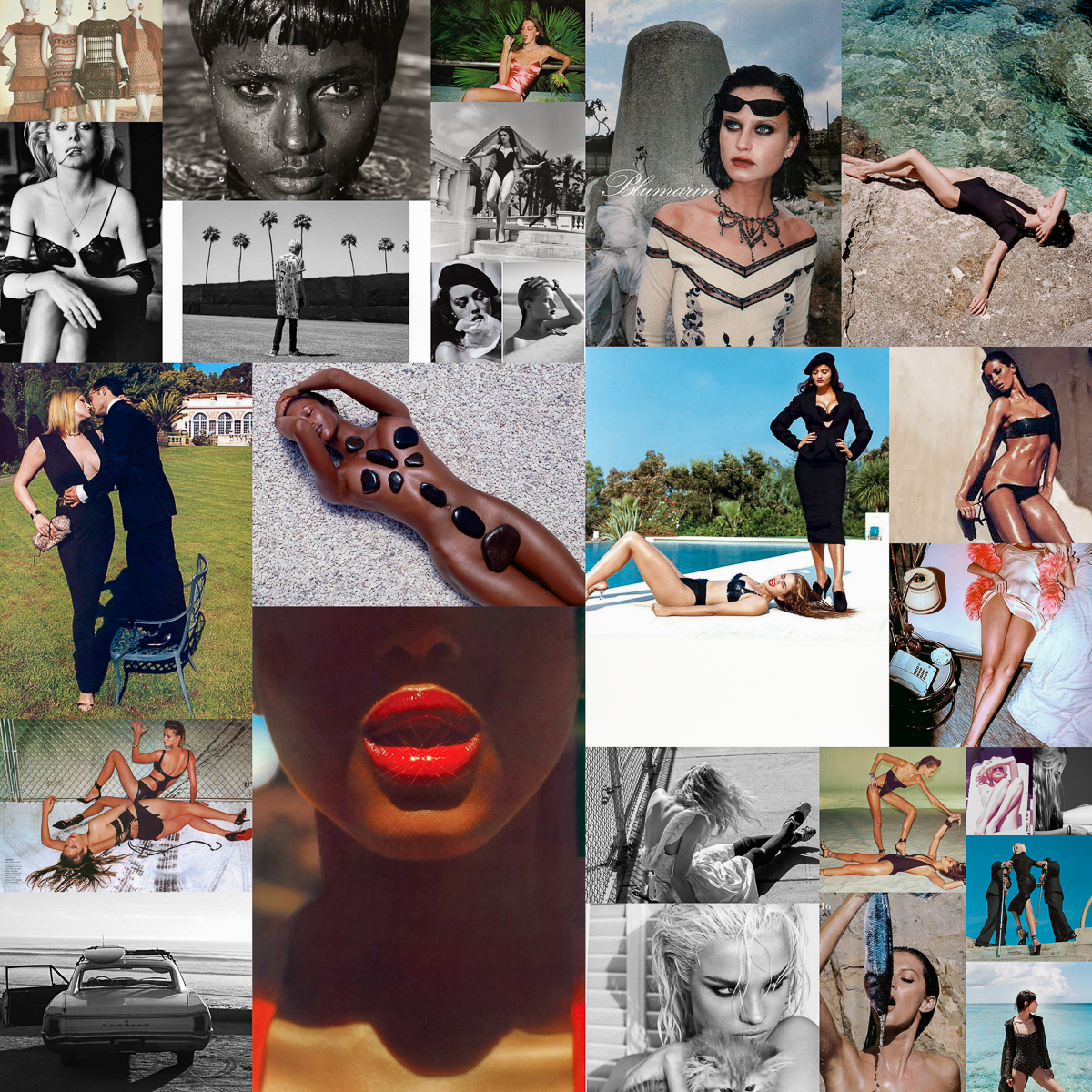 I just got back from Cuba, so I'm also feeling some dreamy, tropical vibes. Of course, mixed with Michelle Pfeiffer in Scarface and Versace in Miami. Excess again, but in a different way. This isn't dark—this is about flamboyantly too much sun. And harsh bright colors that don't go together. Makeup looks would be smudged and sparkly—worn with big jewels. The fragrance would be something smoky and expensive...probably Tom Ford Tobacco Vanille. Or maybe that Sisley one that smells like Champagne? 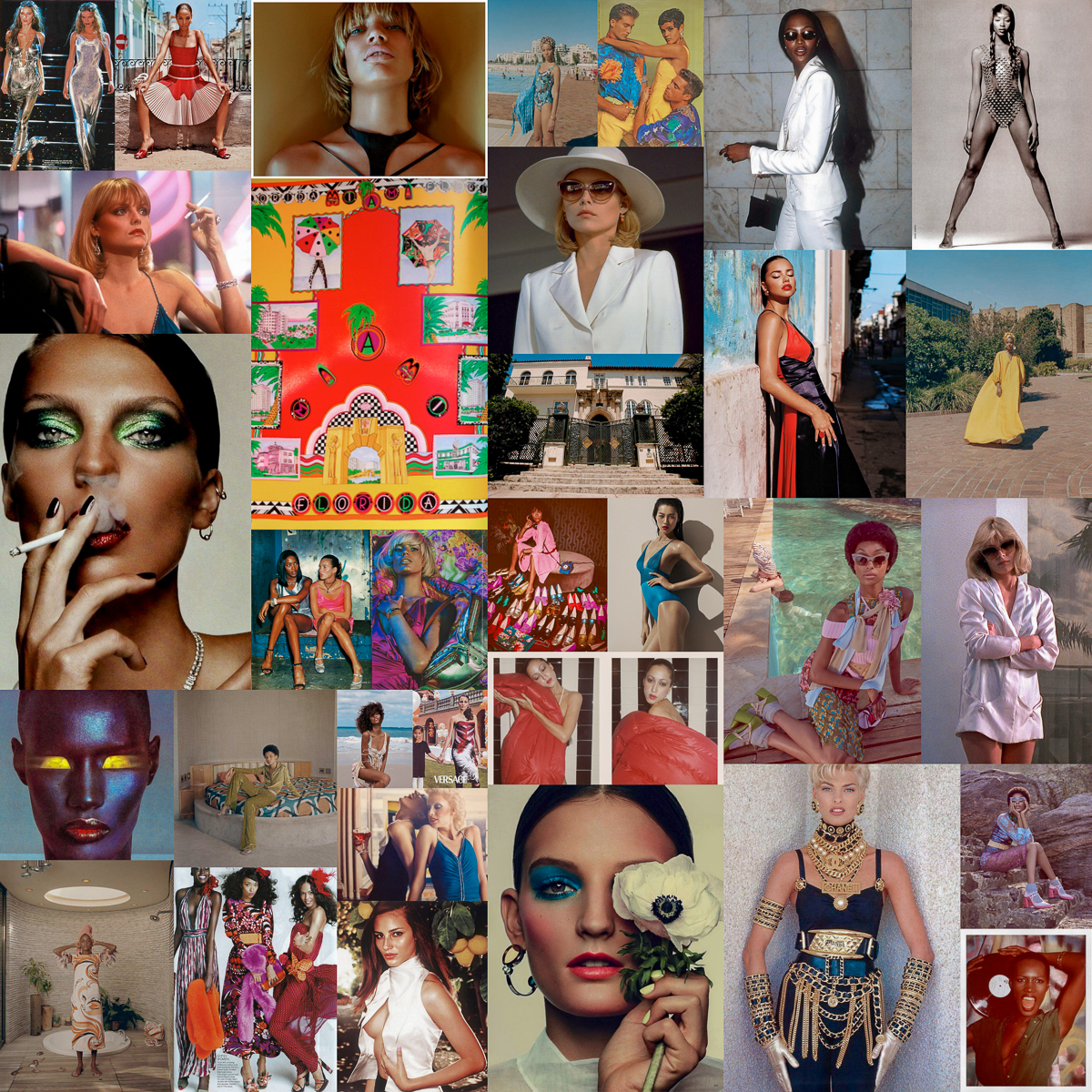 OK and a bonus because I can't help myself: the Hans Feurer '80s athletic take. Think, Cheryl Tiegs when Sports Illustrated wasn't what it is today. Elle Macpherson, Tyra Banks, and the like. The clothing is high-cut swimsuits mixed with windbreakers. The makeup is playful swipes of neon and metallic on your lids and bright pink lips—no rules, I guess. The fragrance is something Regime Des Fleurs. Don't try to make sense of it. It's not supposed to make sense. Just go for it. 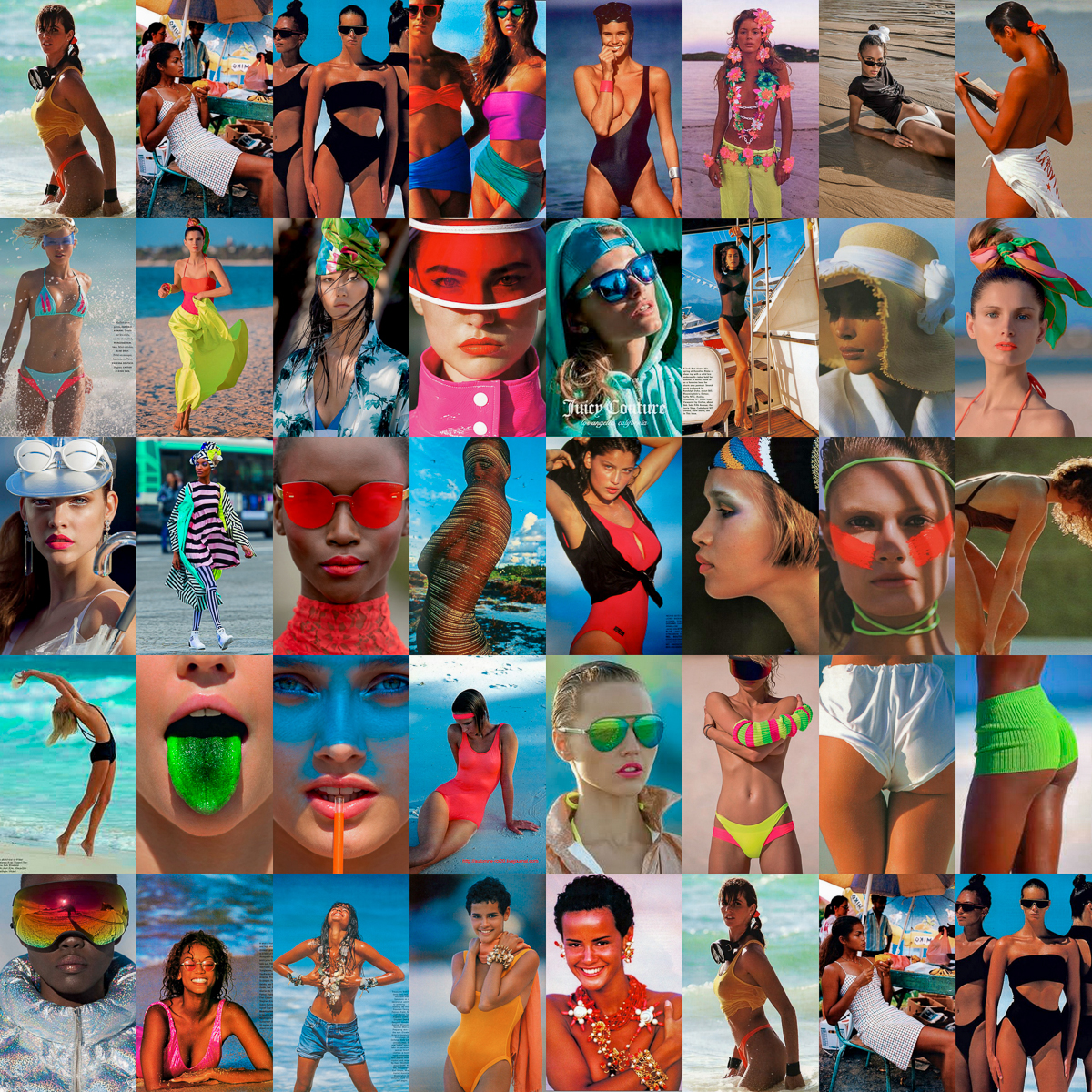