How Legendary Designer Francisco Costa Is Trying To Change Beauty

“People ask why sustainability is so important to me, and it goes back to my mom. I grew up Minas Gerais, Brazil. Very rural, very mountainous. It’s like being in Vermont. My mom was a very entrepreneurial woman who owned a shop that sold textiles, and later, children's wear. We were in the middle of the Brazilian countryside, and yet she always had her hands on an issue of Vogue. Go figure. My mom had no formal education, but by the time I was born she had 125 employees. And so I grew up with scissors in my hand, playing in her factory.

What really made me jump into [fashion as a career] was that my mom passed away. I was 19 and my first thought was that I had to leave the country and go to the US. Just like that. Using cash that my father gave me, I moved to New York and took English classes at Hunter College in the morning, and continuing ed classes at FIT at night. It came easy to me at FIT, I'm very good with my hands. My first job after FIT was at a company called Susan Bennett—it was very weird. The person who hired me found another job a week later, but would come back during the evenings to supervise my work. Eight months later he eventually asked me to work with him at Bill Blass. It was an incredible opportunity—Bill Blass, an iconic American designer, in the same school of Oscar de la Renta. 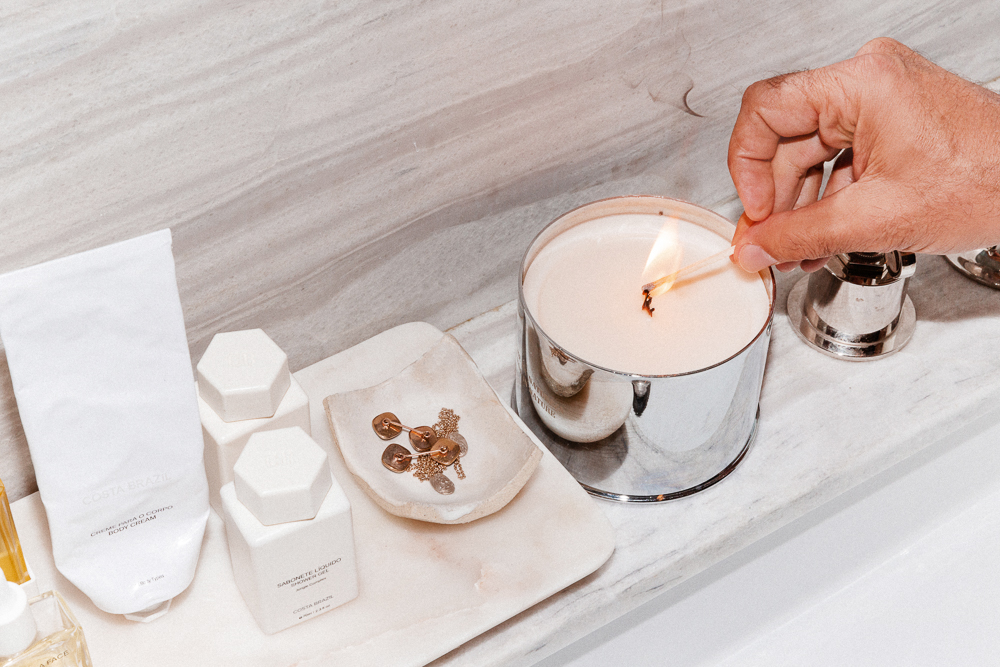 I was working there when Herb Rounick, the CEO of the HE-RO Group, which owned Bill Bass, called me to his office. I was freaked out! But he was offering me another job. HE-RO had just acquired Oscar de la Renta and he wanted me to go there. I told him that I thought I couldn't do it, and he responded by sending me a letter that said, 'Once upon a time a shoe salesman became President of the United States. Don't be afraid, you're very talented.' It was so sweet. So I went to Oscar and worked there for about six years, creating the pink label, which was less expensive.

When you think of the fashion industry and its [environmental impact], it's crazy—it's the second biggest polluter in the world. Starting this company, I felt the responsibility to steer climate change in a different direction.

After Oscar I went to Gucci with Tom Ford. After a few years there, Calvin [Klein] called me in for an interview, but I declined. Right after that, I got another offer to work for Oscar, when Oscar was designing for Balmain—I said yes to that. But then my lawyer said I shouldn’t take the job because Balmain didn’t have any money! So I had to tell Oscar that I actually couldn't do it. I was kind of like, 'Oh my God, what am I going to do now? I had just quit my job and had said no to another job!' But then I got lucky. John, my partner, is in the horse business. Barry [Schwartz, co-founder of Calvin Klein, Inc.] is in the horse business as well. They were talking one day, and Barry said that I should call Calvin again. That's when I found out that Calvin liked one of the last collections I had done for Gucci, and that [his then-wife] Kelly was a fan. And that's how they hired me.

I succeeded Calvin as the creative director. I was so frightened by the brand itself because I thought everything it had done before was so perfect. Calvin was so seminal to fashion, to what American fashion represents. It was minimalist, the home of purity and cleanliness, and I had to lean into that. The greatest difference between what Calvin did and what I did is that I felt more like a reductionist than a minimalist. Editing, taking things off and leaving the essentials as opposed to not experiencing the large scale and editing down. So I got the job, and after my first collection Bridget Foley [executive director of Women’s Wear Daily] killed me with her review. It was the worst thing to ever happen to Calvin and I was terrified. But the New York Times review came the day after. And it was a glowing review, on the front page! That's when I knew it was going to be a crazy ride. 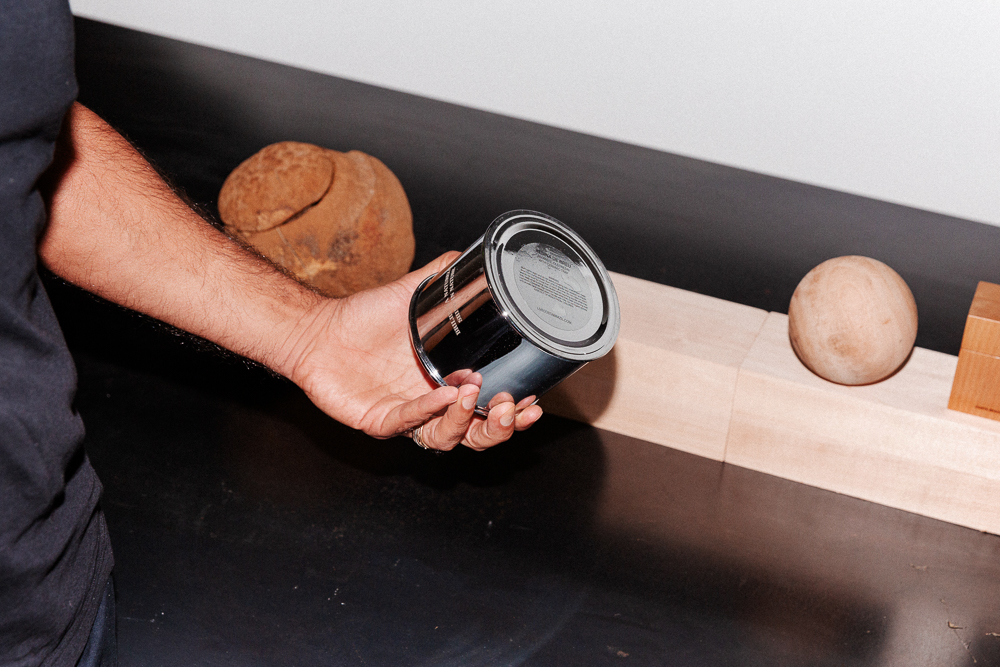 I cranked out a few collections, and the next thing I knew the company got sold. The overhead was tremendous and the whole staff got fired. Everybody. Calvin had 200 people working on the collection alone. My thought was to license the business, and overnight, I had to build a new team. I didn't know what I was doing, and nobody on the outside knew what I was going through—it was kind of insane. But when I started the company was valued at $700 million, and 13 years later when I left it was at $8 billion—I'm very proud of that.

Costa Brazil was conceived before I left Calvin. I knew I couldn't just go to the lab and pluck my name on something. I wanted the beauty version of creating a textile, something unique. I was inspired by the works of Piero Manzoni, an Italian artist who had a very quirky approach to design—high concept and low execution. I created the brand based on that and went on a search for ingredients. The result is what we call a 'jungle complex’ with three ingredients—breu, cacay, and kaya. It’s now the foundation of every single thing we make. I was in the Amazon learning about ingredients when I found out about breu. It comes from the largest species of trees in the Amazon, and if a tree gets touched or cut, it releases a resin naturally as a self-defense. The [indigenous population] burns it all day and night, and it smells like burning wood but not as severe. The second ingredient, cacay, is the most refined oil you can find in the Amazon. Through Conservation International I learned that harvesting it has a tremendous positive impact on livelihoods within this one community on the Colombian/Brazilian border. The third ingredient, kaya, comes from a Brazilian tree that blooms pink—it's crazy. With the jungle complex we have two rituals. One is a body and skin ritual with a face and body oil. And then we have the breathe ritual with a resin and candle. And we just launched a waterless body cream. We have five products for now, but we have 20 products in the pipeline. It's a clean, potent, pure, designed brand. 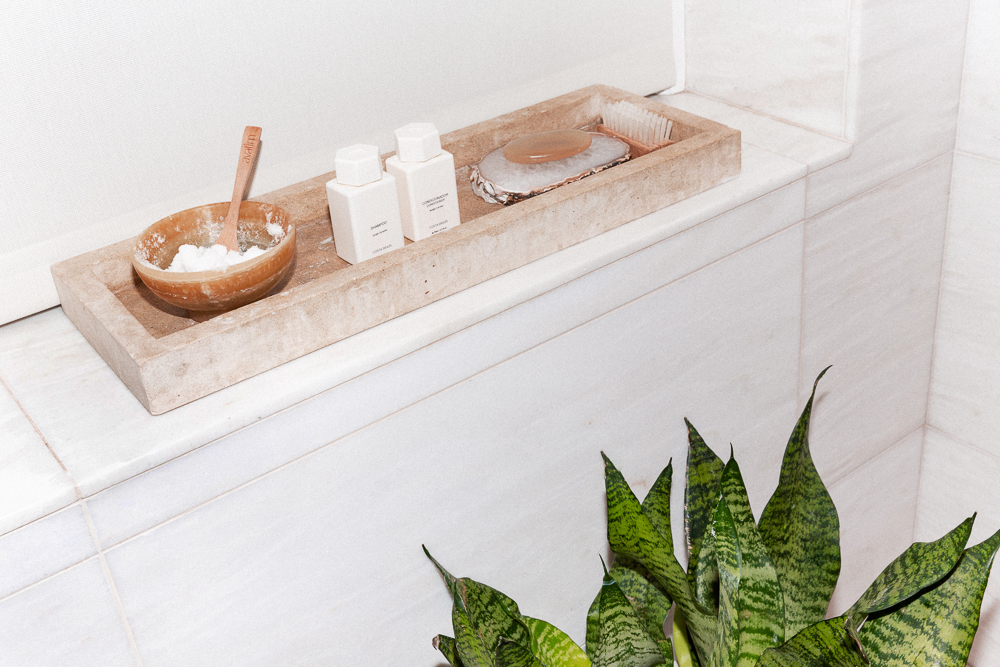 I was already involved in Conservation International, and CI gave me the foundation to understand that I could do things through them. I didn't know about deforestation, and things like that. When you think of the fashion industry and its [environmental impact], it's crazy—it's the second biggest polluter in the world. Starting this company, I felt the responsibility to steer climate change in a different direction. There's no reason why beauty can't be clean. And really, there's no reason why fashion can't be clean.”