Welcome to Our Favorite Products, a monthly feature in which ITG's editors discuss our favorite products. They're the best things we've tried all month long, reviewed, photographed, and anthropomorphized before we have the opportunity to get sick of them and move on to something new. This month got incredibly bougie—please forgive us! If summer has to end, at least our faces will be covered in something fancy. 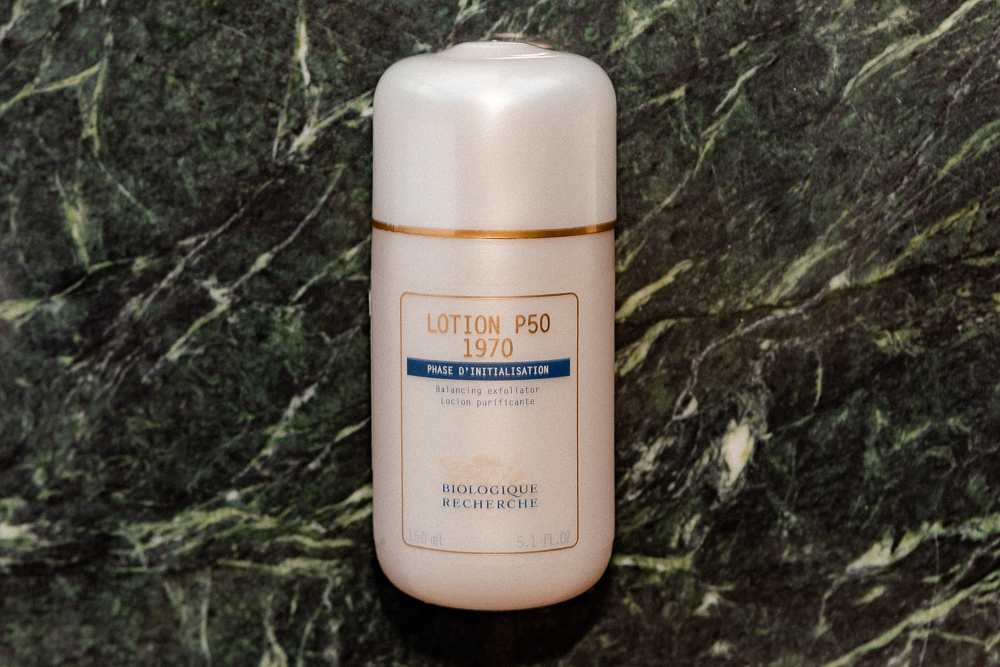 I got married this month, and while my wedding was my wedding, it was also my skincare Olympics. Let me tell you, I was gunning for gold. I trained for that bad boy for months, and maybe unsurprisingly, the products I relied on seemed to follow a theme. They were my tried-and-trues, the most effective, worthwhile products in my cabinet, and yes, they were luxurious. In my lifelong quest of finding another acid better than P50, I had strayed from the French lotion for years. But there’s really nothing like P50 1970’s formula (the only P50 version worth the price tag, in my opinion)—my face can’t get enough of that stinky water. My skin can handle a lot, so I use it both morning and night, and quite literally after one use I wondered why I had ever left. It made my pores look microscopic and my skin’s texture smooth and slick. I know we’ve mentioned P50 a million times on this site, but there’s a reason for that! It’s the best! —Ashley Weatherford 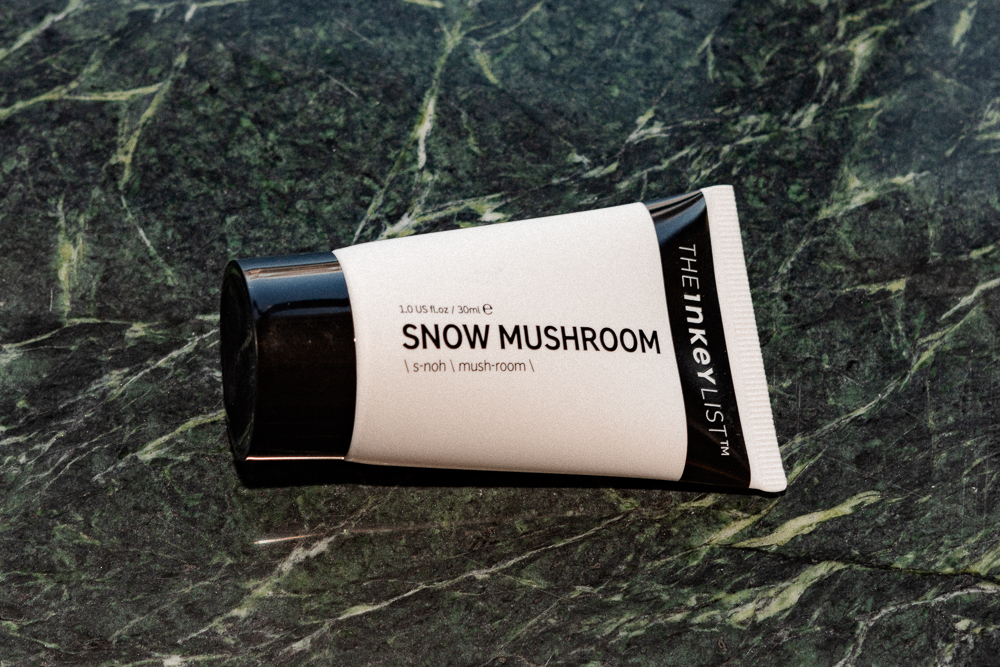 I often find myself liking the idea of a thing much more than the thing itself. (See: LA, finishing Infinite Jest, owning a dog, cucumbers, et al.) When it comes to gel moisturizer, I expect a more elegantly engineered aloe—and end up with straight dimethicone. Now don’t get me wrong, I don’t think there’s anything bad about dimethicone, per se—I just also don’t see anything that great about it, and try to minimize it where I can in my skincare routine. For a while it seemed like the only path to the squishy summer moisturizer I dreamed of was paved with liquid plastic. Then, the Inkey List’s Snow Mushroom came along. It got me through the muggiest of August days—I didn’t feel like I had to sacrifice comfort for hydration, or vice versa. And, not only is it dimethicone-free, but it’s also $10. Pro tip: it’s even better when kept in the fridge. —Ali Oshinsky 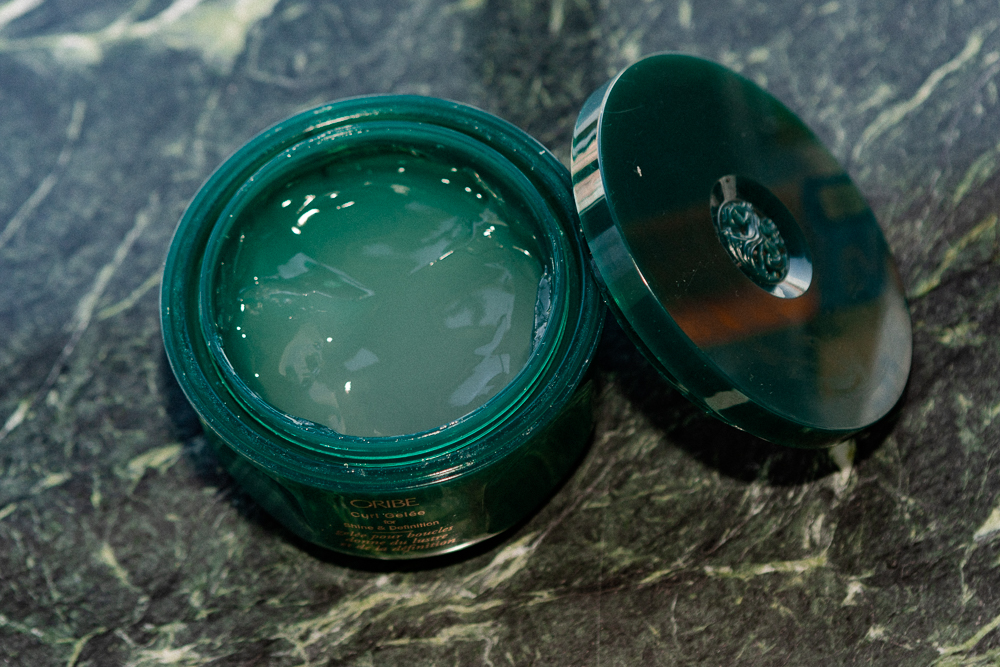 I’ve never been one to slick my hair back or lay my edges—I didn’t grow up doing it, and thus was never shown the way (or given the toothbrush, so to speak). All this time, I’ve merely gawked in admiration at my friends who smooth their hair with flourish, so when Oribe’s Curl Gelée came out, I figured it was time to learn this invaluable skill. While using it, I loved how the curl gelée was hydrating without being syrupy or clunky. To be honest, if someone blindfolded me and told me to dip my finger in its octagonal tub, its consistency would remind me of a gel moisturizer over a hair gel—and by the size of this thing, it'll last me way longer. It's almost too much product. Its formula still hasn’t flaked on me, and has enough hold to leave my bun or baby hairs laid after I've taken off my scarf. Consider me a convert! —Utibe Mbagwu 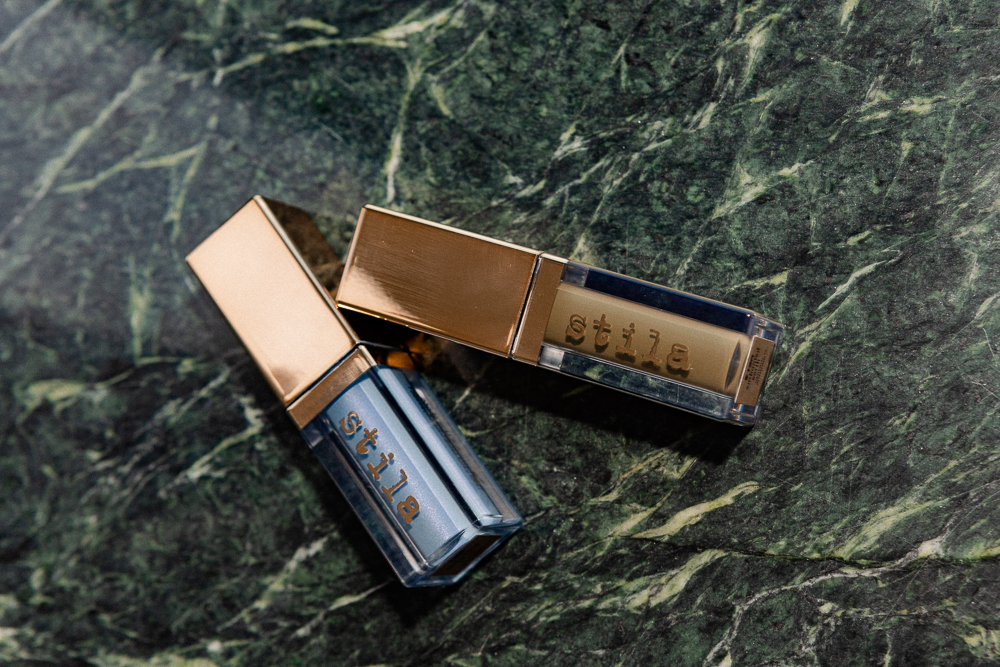 My favorite thing to do in the middle of a work day is to run to the beauty closet, pick a product, and try to get my coworkers to put it on. Love doing this. When the Stila glitter shadows came out I was on it like every day—I was making people cry glitter PRE-EUPHORIA!!! Now they've launched these really lovely matte ones that have a kind of ’70s pastel quality to them. They’re that Interview mag cover with Elle Fanning in a tube. I want everyone to have a wash of pastel on their lids—WHY NOT?! I'll help you put it on. :-) —Tom Newton 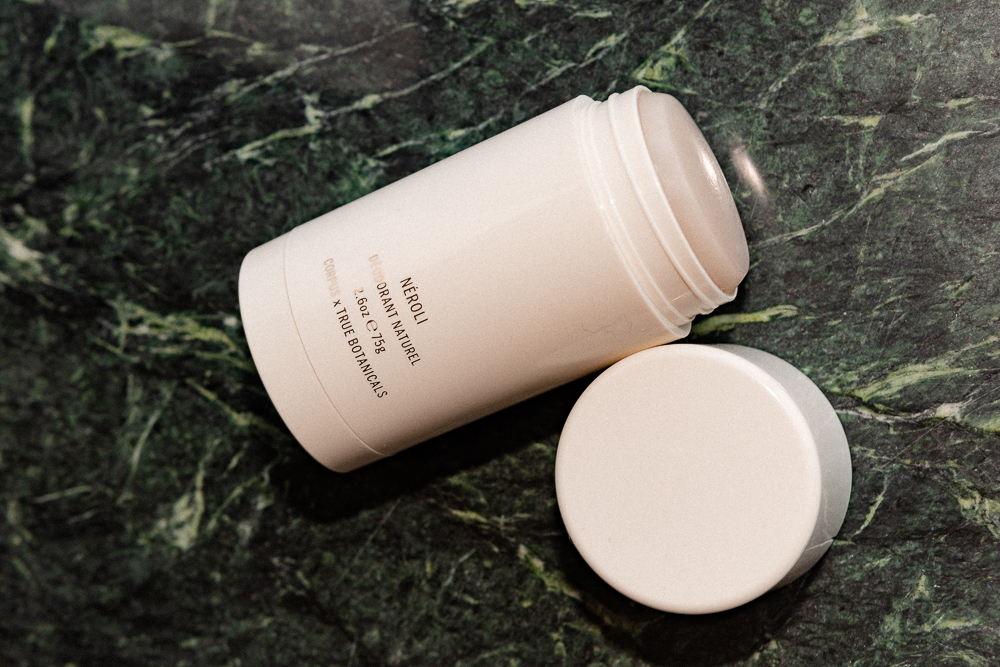 I'm pretty loyal to my Megababe Rosy Pits natural deodorant, but this limited collab between Corpus and True Botanicals came across my desk and I was in love before I even opened it. The packaging! Who knew a deodorant could be this chic? I did, of course, open it and try it, and the luxury deodorant experience™ only continued from there. The smell (neroli with orange blossom and bergamot) is divine, the ingredients are all-natural, and, yes, it actually works. —Leah Chernikoff 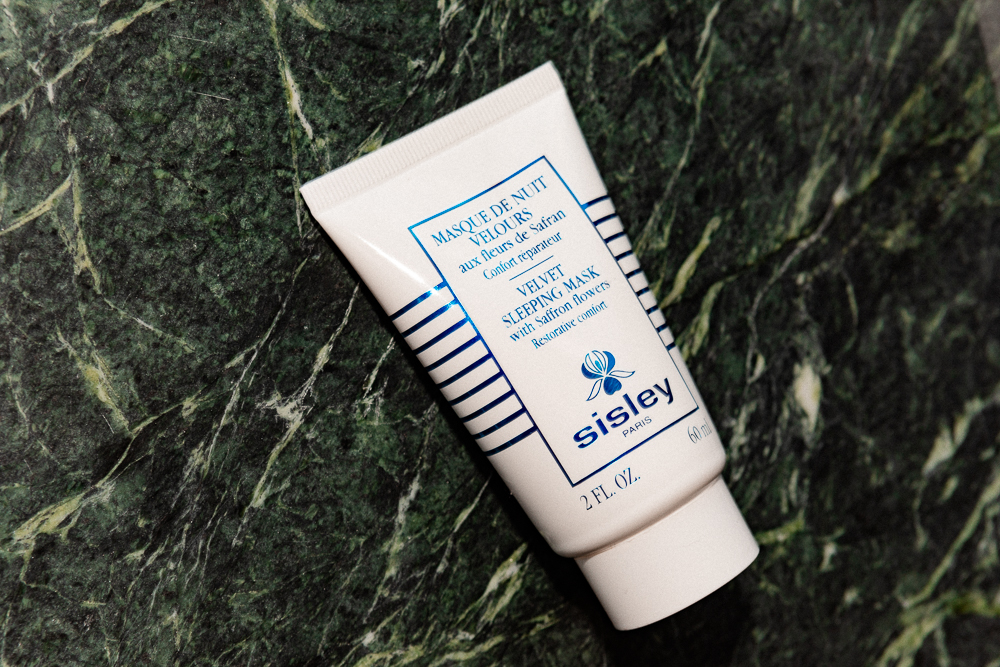 OK, so I haven’t used this as long as I’ve used P50, but it’s still an “I have an important thing I want my skin to look nice for” staple for me. Maybe you’ve heard of Sisley’s Black Rose Mask—it’s on too many “best of” lists to count, but I actually find this one to be way more impressive. It’s aggressively moisturizing, and it should be, considering multiple “butters,” algae, glycerin, and honey are housed in each tube. That being said, it doesn’t clog my pores and break me out, which a lot of moisturizing masks tend to do! Instead, I wake up in the morning with the softest, most hydrated skin. Almost as if my face became one with moisture. And then it stays that way, for days. —AW 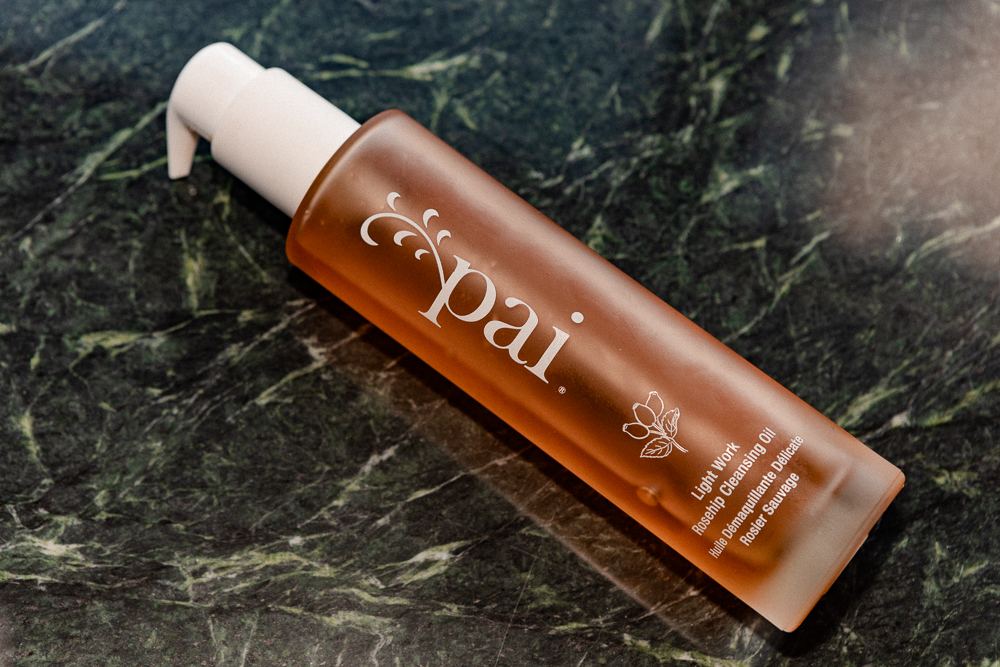 I’m kind of in love with cleansing oils. After getting home from a long day of doing lord knows what, it’s so satisfying to slather an oil over your face and watch the day’s grime and makeup dissolve. Pai’s Rosehip Cleansing Oil feels glamorous and doesn’t require your face to be a grease bomb in order to work it over your skin. I’ve been getting a lot of stress breakouts lately, so starting my skincare routine with a skin-calming oil like rosehip is an ideal first step to making my skin chill the heck out. Did I mention it smells lovely? Mediation in a bottle for sure. —UM 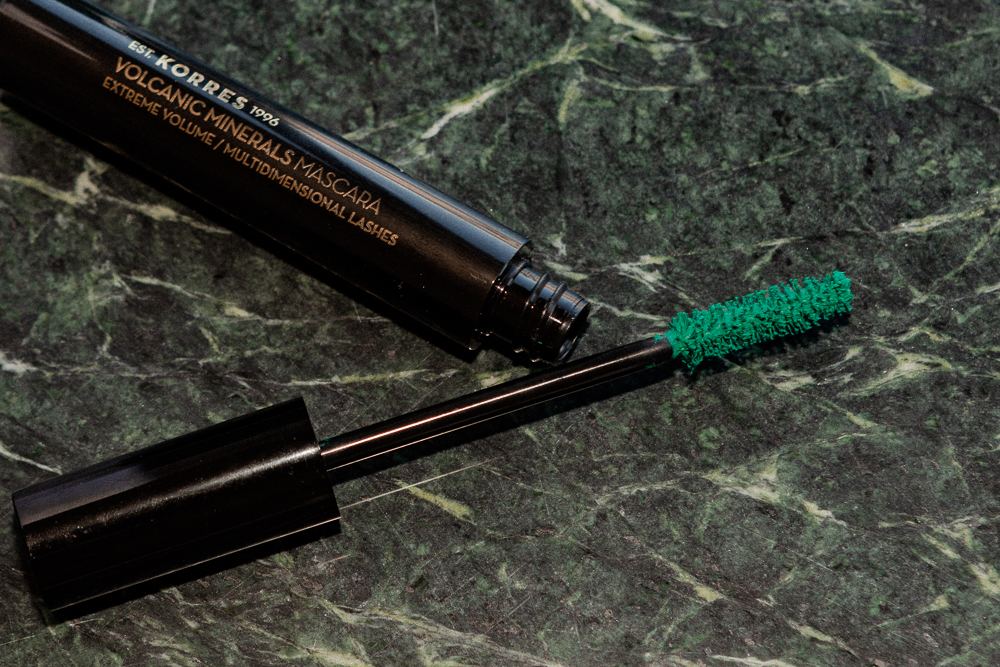 Sometimes I wonder what Greece is like in the winter. Is the water just as blue? Do the fishermen wear fishermen sweaters? It is so inextricably linked with summer and summer fruits and summer sunscreen smells that it is hard to say. I was there for about a week in the beginning of August, and did nothing at all for the entirety of said week. I didn’t even go shopping at a Greek pharmacy—very unlike me. But, between the giant jugs of olive oil and duty-free M&Ms at the Athens airport, I spotted this mascara. It’s called Emerald, but it’s the perfect shade of Mediterranean blue-green. I impulse bought it, even though I currently have lash extensions that must remain mascara-free. I had no idea if I’d use it—all I knew was that I couldn’t leave it there! It sat in my bathroom for a while after my return. Then, a couple weeks ago, a stroke of genius: colored mascara on my bottom lashes! The look is cooly unexpected and softer than full-on colored mascara. And the shade is just perfect. Are you reading from Greece by any chance? If so, go buy this right now. (And send me another, please, just for backup when this dries out.) —AO 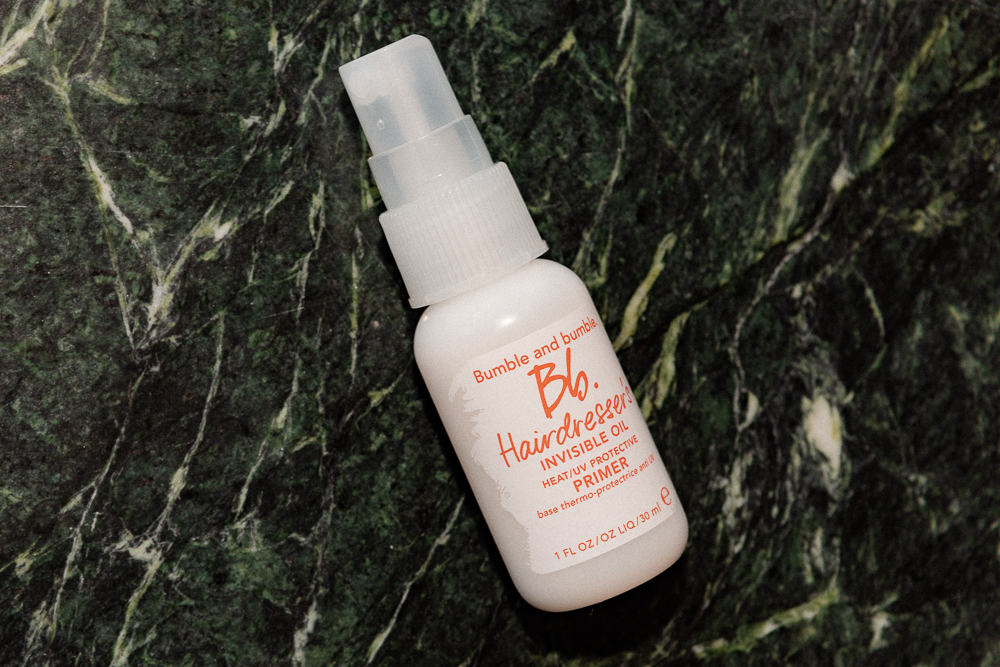 My hair gets so fluffy in the summer. Some days it feels like a cloud. Why is this me? I don't like to use conditioner because it makes my scalp itchy sometimes, so I gotta get creative. Usually it's some sort of styling cream I put on in the morning while my hair’s still wet, but lately that's been tough to do because I want to know how things are going to look when everything is dry and I'm where I need to be. This stuff has been really nice because I can just spray a little on my hair while it's still wet, and a little more once it's dry. I can control how much I'm using and the moisture is LIGHT. No greasy curls. It doesn't so much add moisture or texture as it does flatten my hair down a bit and not make it look too done or touched. —TN 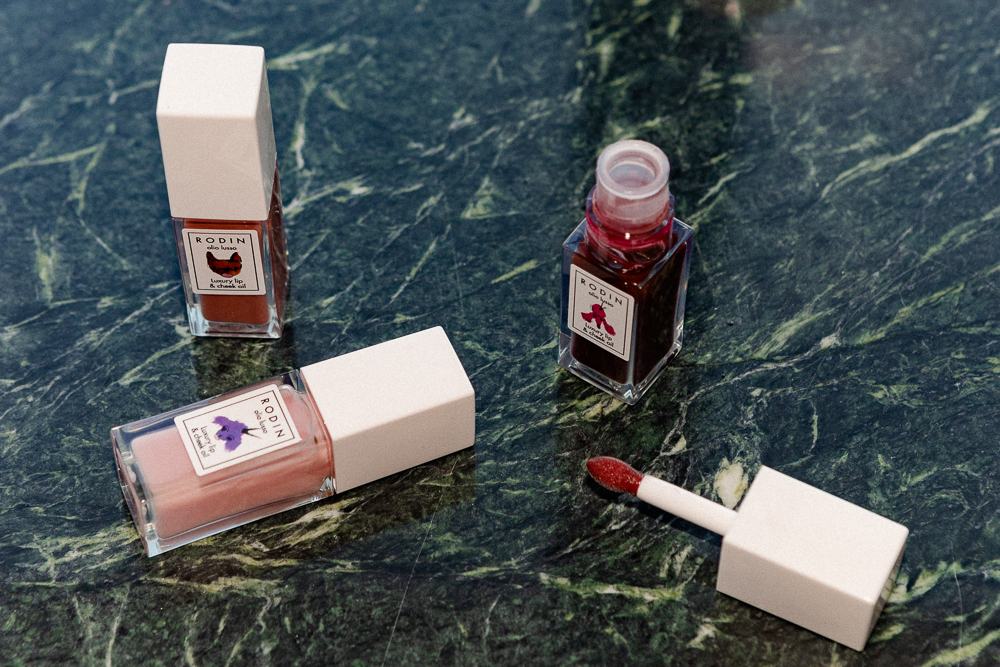 The theme of my monthly faves this month is: I'm a sucker for packaging. I read about these in Jessica Joffe's Top Shelf and she really knows her shit. Plus, I love a product that does two things. And then I saw them in real life and they are such a visual delight! They kinda look like tiny nail polishes but they're not—they are very subtly tinted oils for lips and cheeks (!)—and they've got adorable doggos on them painted by fashion's favorite artist, Donald Robertson. I always gravitate towards the berry shades and this version veers towards brick versus pink-y and I like that. —LC