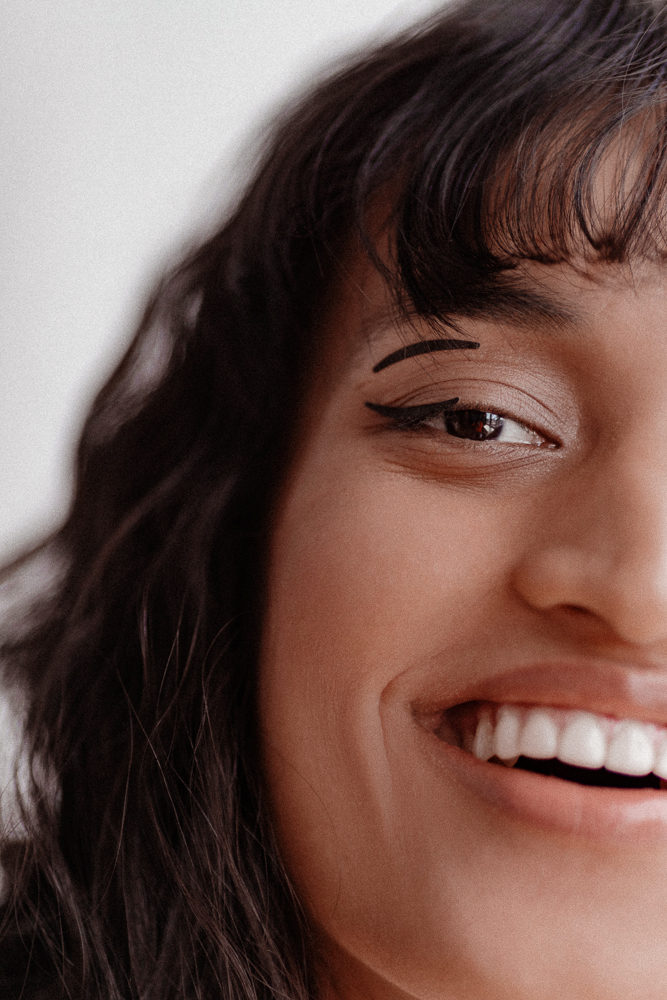 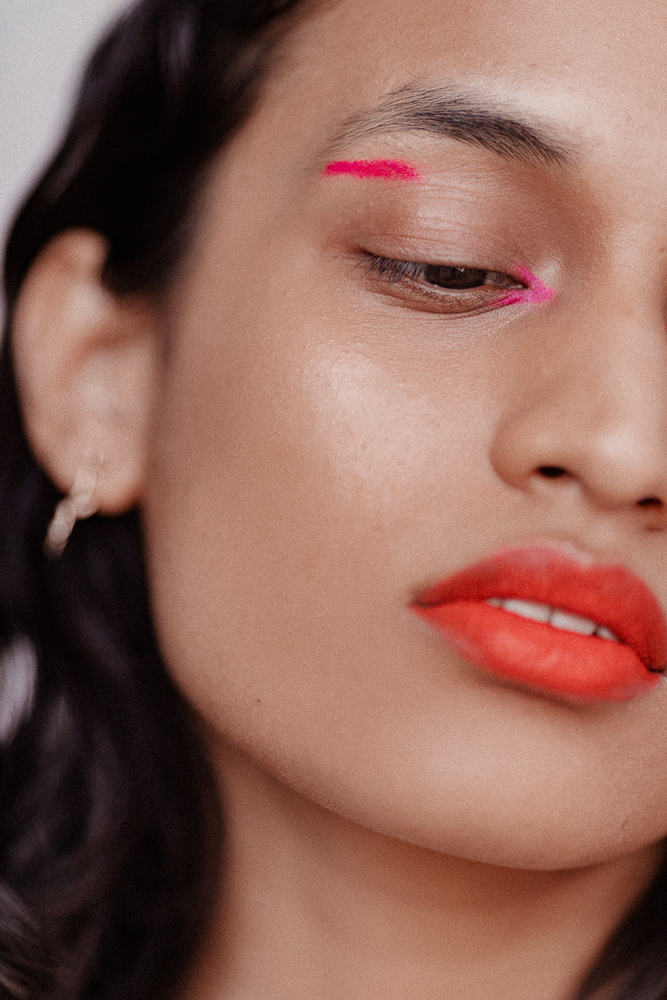 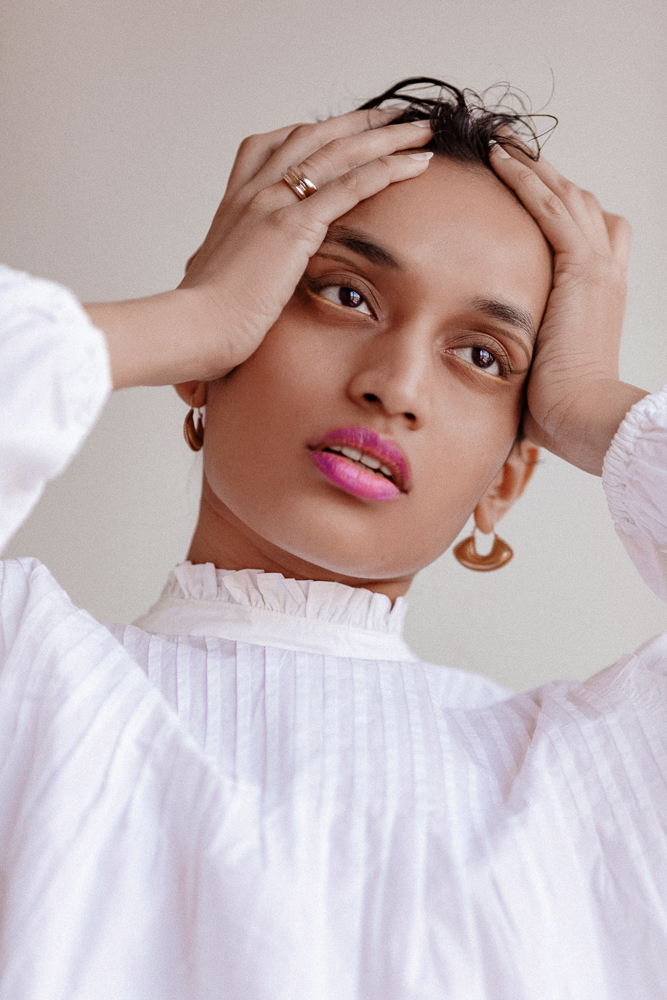 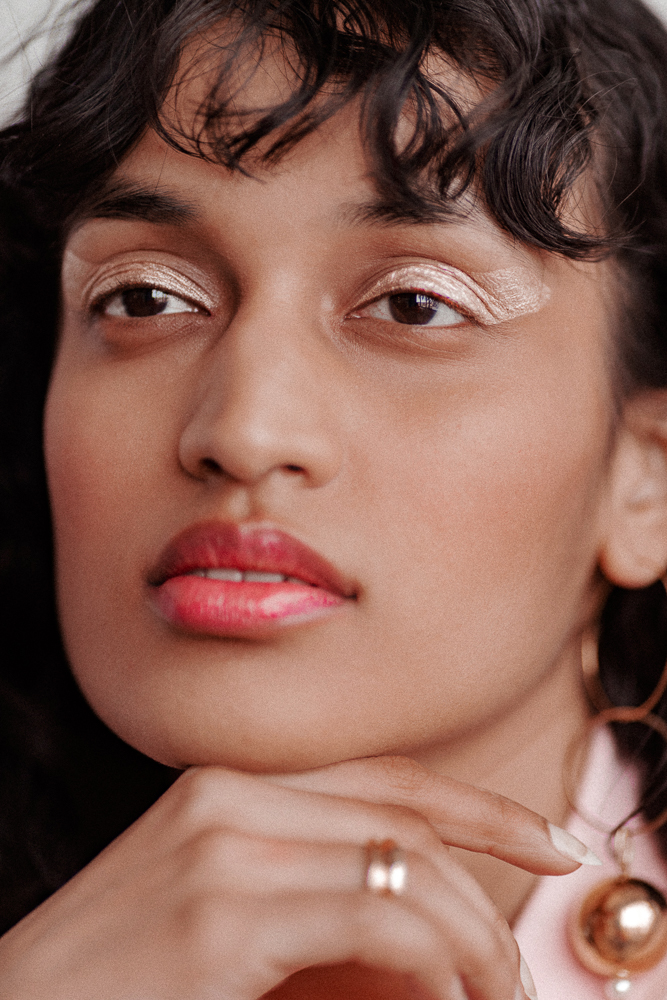 The traditional cat eye requires no fewer than four essential tools: 1) a liquid liner that won’t bleed, smudge, or dry out mid-wing (a recommendation: Stila All Day), 2) a primer or eyeshadow to act as a base, 3) makeup remover and an eyeliner brush to dip said makeup remover into, and 4) patience (by the pound). And those are just the basic tools. For extra credit there’s always a pencil liner you can draw on first (it helps the liquid to stay on longer), and tape to get the wing angle juuust right. So much rigmarole for not even an inch of makeup. So, ITG is making the whole process a little easier; we’re going to update the cat eye.

New takes on the old cat eye aren’t new, but allow us to toss our hat into this somewhat crowded ring. Working alongside makeup artist Ingeborg G., and model Shreya Chaudhary, ITG whipped up seven different ways to pay homage to the traditional winged look. They are deconstructed, colorful, and even a little weird at times! But more importantly, they’re all easy. And they're primed to be interpreted any way you please, so you can make them your own. Enough of that now. Let’s get to the looks.

Does it get any easier than sticker eyeliner? (No, it does not.) Just make sure your skin is clean and free from oil, first. Ingeborg used a $5 pack of stickers from Amazon to pull this off. Laura Mercier’s Flawless Fusion Concealer in 5N concealed dark circles around the eyes, and then Lipstick Sunnies’ Face Fluffmatte in Nudist kept this look completely casual.

Not the easiest (see above), but pretty darn close. Pick your favorite eye pencil (or in this case, lip pencil) and get to work. Draw a “V” in the inner corner of your eyes, and then draw a short horizontal line where your brow bone meets your brow arch. Ingeborg preferred Chanel’s Lip Definer in Fuschia, and then she swiped Chanel’s Powder Liquid Matte Lip Color in Electric Blossom on Shreya’s lips.

For a cat eye with some charge, grab a neon palette and go forth. Ingeborg drew a rounded wing using Kryolan’s Aquacolor palette. And you don’t need to be precious about mastering the shape, either. After all, this bright look is perfect for [name your favorite music festival], where it’s bound to get smudgy anyway.

For a straight, bold line, conventional wisdom says to draw a dotted line as close to your eye as possible, and then blend. But this is not the place for conventional anything, so you can skip the blending altogether. Just take your Diorshow eyeliner in Matte White and make your mark. Don’t forget your Flesh Cosmetics blush in Hug on your cheeks, and a little bit of Dior Lip Glow on your lips. Now, isn’t that modern?

This one’s for anyone who’s exhausted by even a whisper of a perfectly pointy wing. Ingeborg presents an alternative: a square (sort of...)! Draw the outline first, and then go back and fill in the rest. Ingeborg’s tool of choice was the gold liquid eyeshadow from Kevyn Aucoin’s Emphasize eye palette. Chanel’s blush in Rose Initial went on Shreya’s cheeks, and then the look was completed with a swipe of Chanel’s Rouge Allure in Virevoltante.

Top from Live The Process. Earring from Mounser. Rings from Ursa Major.

Or, you can just do an outline. Try Glossier Play’s Colorslide pencil in Brack along the upper lid, and Colorslide in Nectar along your waterline. As an offset to those earth tones, there’s Axiology lipstick in Reflection, which is a purple that doesn’t feel too wild.

Top from Ganni. Earrings from Prounis. Rings from Ursa Major.

Maybe you want something a bit more glam. A jewel-tone cat eye it is! Copy the look with Chanel eyeliner pencil in Fervent Blue as the outline, and the blue from the Quiet Revolution eyeshadow palette as the fill. And then wrap it up with Chanel’s Liquid Powder in Bittersweet. Now go find a place to show it off.