Is there anything more polarizing than the current state of Celine? (New vs. old, Phoebe vs. Hedi.) Trick question: yes, and it's fragrance. One person's signature is another's instant headache! Which is why it sort of makes sense that the French house embroiled in fashion's greatest divide should choose now to launch a new fragrance line—50 years since their last. There are nine scents total, one to speak to every type of person. Wondering who those people are? Me too. So I imagined them for you. Let's start at the top. 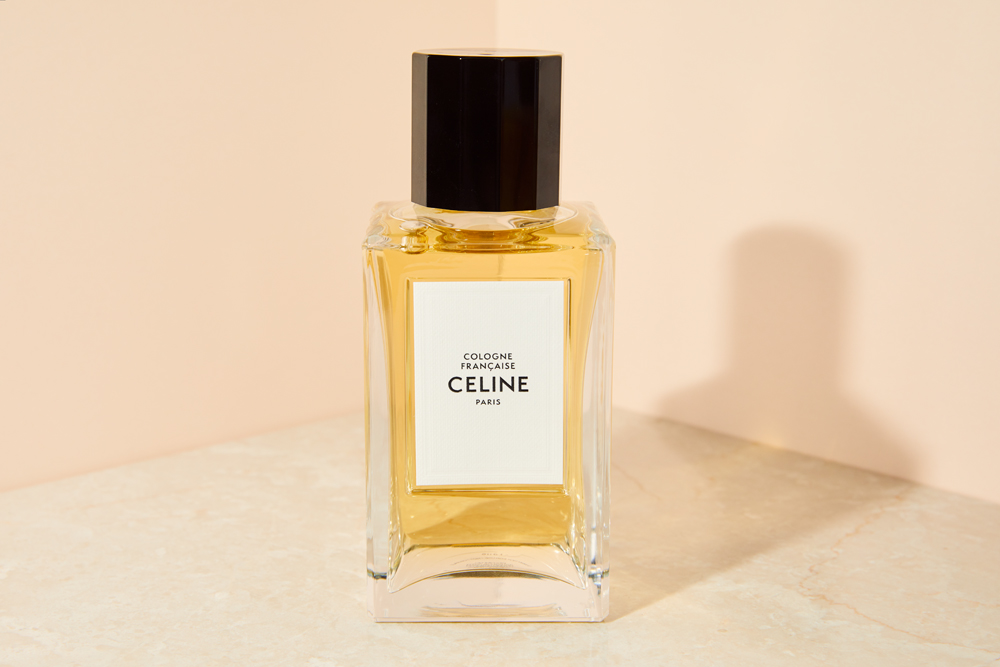 He wears Hermes ties and Ferragamo loafers even on casual Fridays, likes getting up early, and never misses a haircut appointment. When he travels for work, he wears a suit (even on international flights). He’s taken to long lunches well—there is usually steak, there is always scotch—and stumbled upon this fragrance while in Celine to pick out a new bag for his wife. He isn't scared off by the fact that it's not explicitly marketed to men. When he gets home, he adds the cologne to a robust collection of other colognes that smell almost identical, and his wife adds the new bag to a collection of bags that look almost identical. You’ve got to commend him for consistency in his tastes. 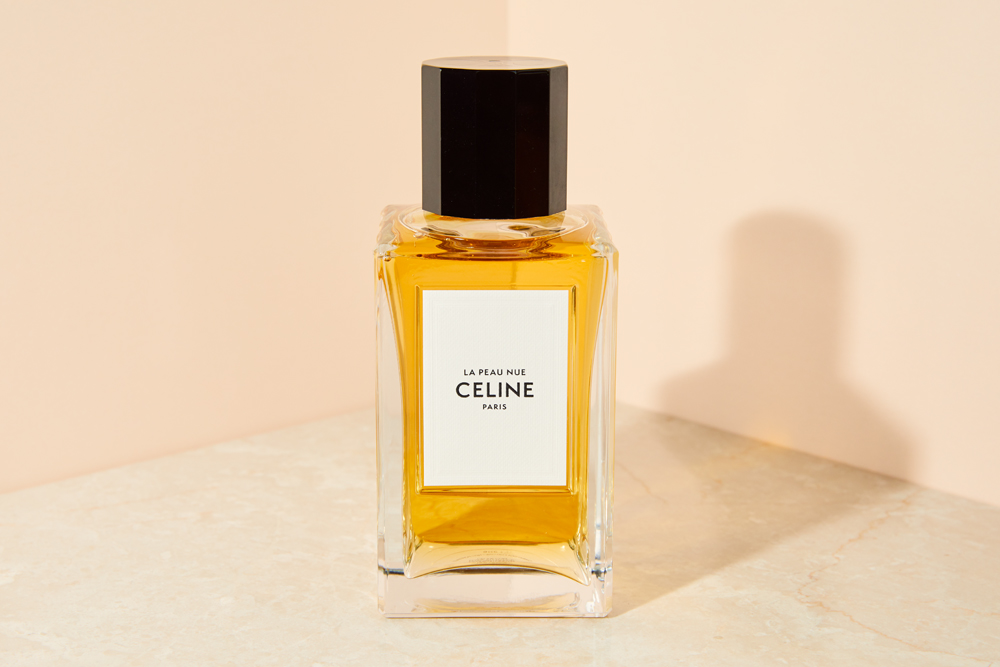 After having two kids in three years, she's all about "me-time." She's worked out a deal with her husband where, for one night a week, they get to be totally alone while the other takes care of the kids. So while he's knee-deep in applesauce and heavy diapers and blasting Baby Shark in the living room, she barricades herself in their bathroom for two hours of uninterrupted bliss. She slathers herself in Nuxe, dusts her intimates before pulling on Eberjey pajamas, flips on a movie and falls asleep well before the plot’s crescendo. On nights where she does go for a nice dinner, she wears this—isn’t part of getting older picking a signature fragrance? 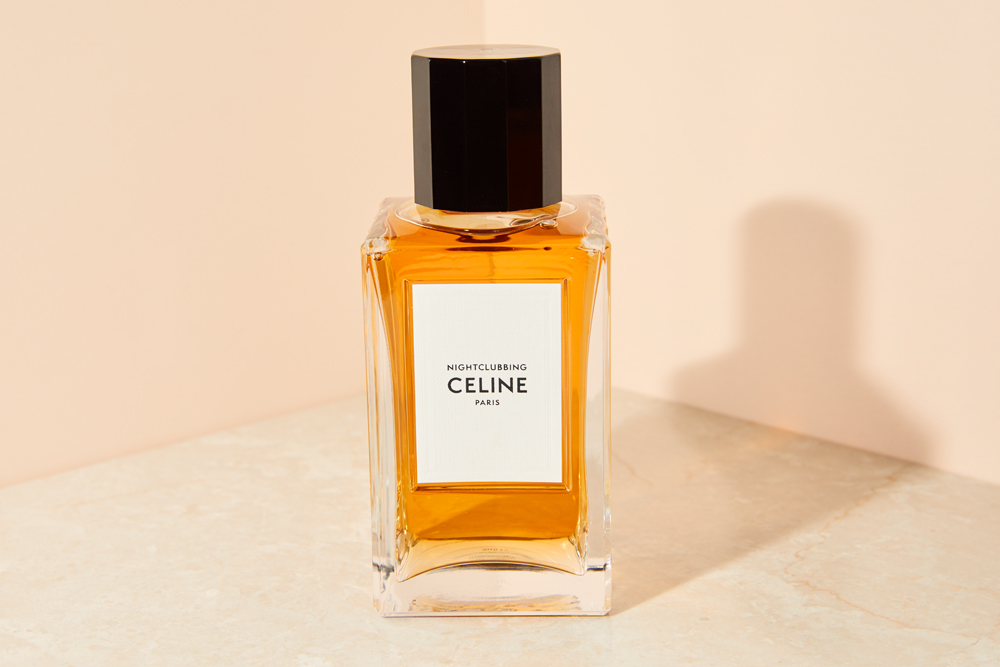 Yes, she still smokes cigarettes, but it’s only because she’s European and has been smoking since she was 14. And she’s not particularly concerned with stopping. Like red wine and 3AM pommes frites, it’s an unhealthy choice that she writes off as just part of the lifestyle—‘the lifestyle’ being one of ambiguous employment and a schedule flexible enough to allow for the aforementioned 3AM fries. Or 6AM fries. You sometimes run into her on your walk to work, while she’s wandering finally home in black studded heels and sunglasses, leaving a trail of smoke behind her. Her fragrance was chosen to enhance this essential difference between you and her, not mask it. 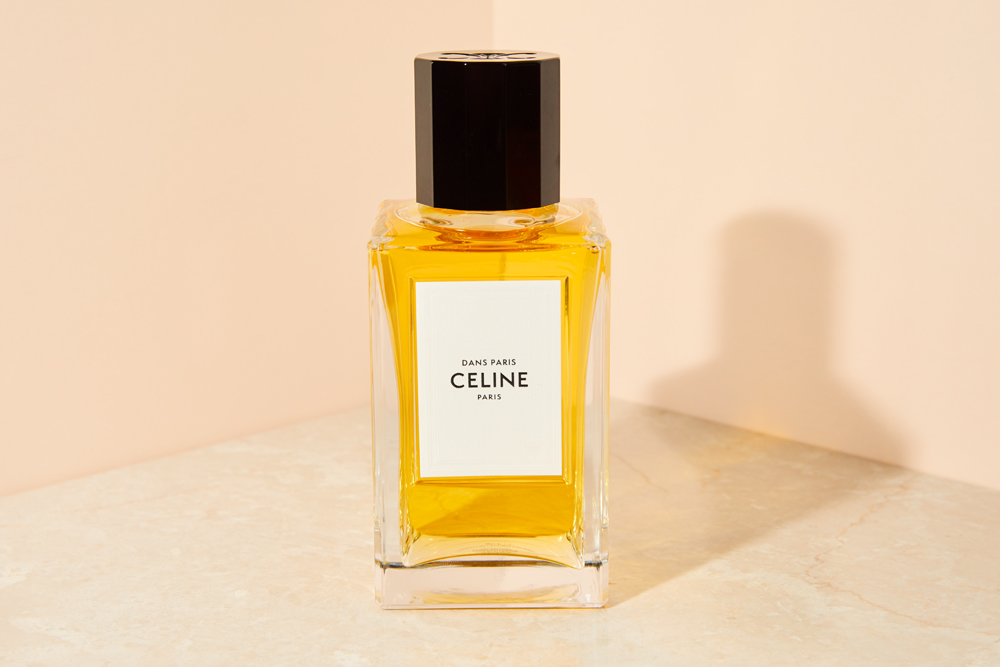 She discovered Audrey Hepburn movies in 7th grade, and immediately—well, OK, when the next school year started—switched into Intro French. If you ask, her favorite one is Funny Face (she never really got Breakfast at Tiffany’s, and Roman Holiday lacks a certain je ne sais quoi), which she thinks is because it’s about Paris but really is because it’s a corny musical in the good ol’ American tradition. After graduating college, where she spent a semester abroad putting her language studies to good use, she finally got the guts to move to New York City. She rents an apartment in Hell’s Kitchen that’s immaculately decorated with discounted luxuries from Gilt, and owns things like: an acrylic tray stacked with the Tom Ford and Kate Moss coffee table books, Diptyque candles, a dog toy shaped like a Birkin bag for her emotional support pug. And this Celine perfume, which looks like something a Parisian matriarch would display on a mantle but smells like dessert. 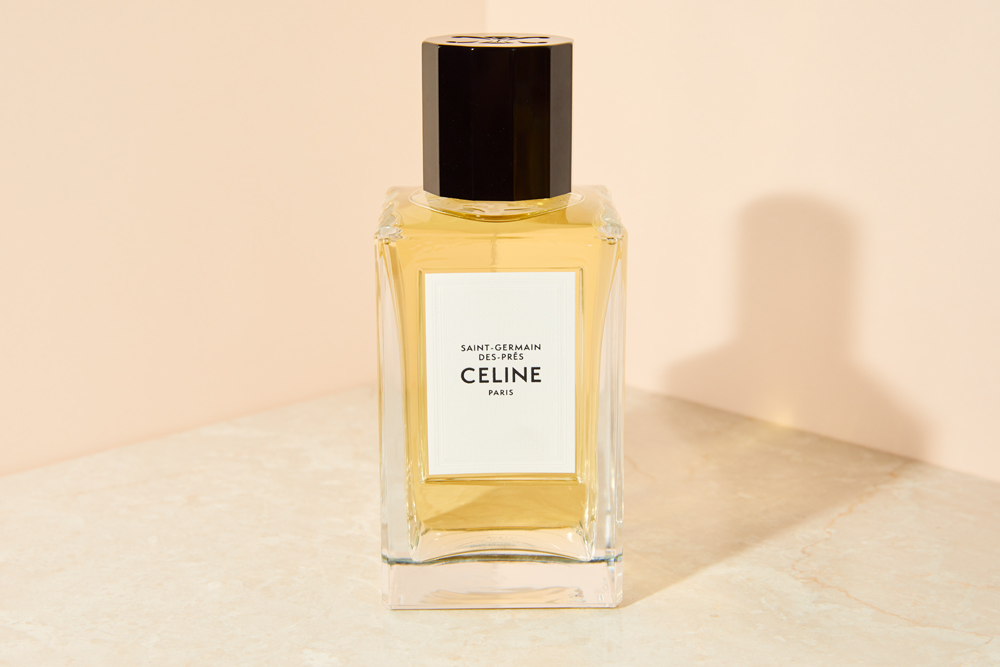 She’s not your grandma, but you wish she were. You really, really wish she were—and though she’s flattered by you saying it, she’s also made it clear that it’s getting a little weird. You met her in a department store when you needed a second opinion on a pair of leather culottes, drawn in by the way her lipstick (it’s Rodin) subtly matched accents on her wide-rimmed glasses. She suggested black slacks instead and, while they seemed a little too old-fashioned for your tastes, you appreciated the input. You struck up a conversation and soon learned that her only son moved abroad for a woman, a delightful truth that allows you to sub in periodically for tea and very plain cookies. She always smells the same, and even though she is not your grandma, the scent is just as comforting. 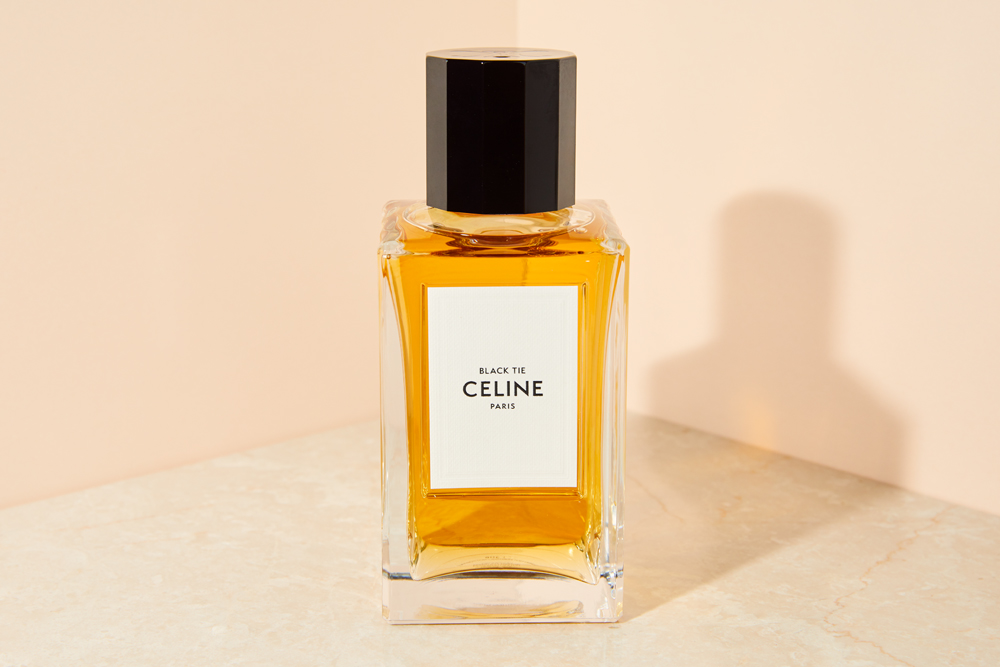 She has been to six weddings already—this season!!! UGH!!!! Will they ever stop? It’s bad enough that every single one is a reminder that she is single, just one thanks no date invite needed… It’s worse that she’s literally going broke from all the wedding gifts, bachelorette gifts, and hotel rooms she’s had to pay for. Ugh, reprise. On the upside, she’s become a sort of expert wedding guest: same chic black gown she can wear a million times without drawing attention, numbing spray for her feet, a clutch big enough for her phone, a lipstick, and a mini tube of Advil. And she’s even taught herself how to do a French twist from YouTube videos. Catch her standing alone in the venue lobby, anxiously venting to her one friend who wasn’t invited via a furiously typed series of texts. 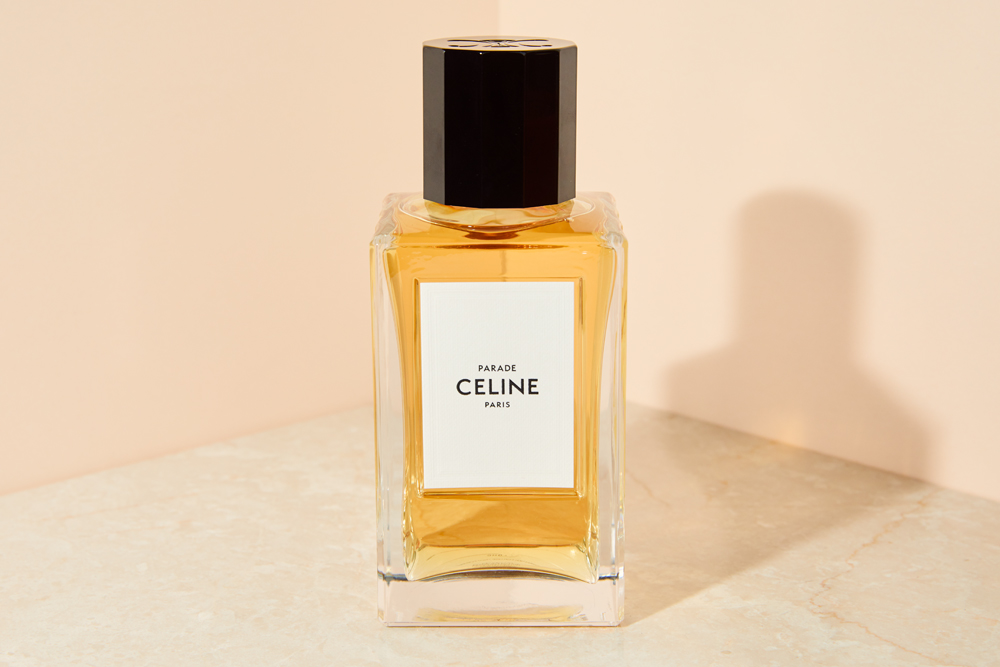 You have no idea how old she is because her skin is taut and even and her hair is a cool, never gray blonde with no roots and also, she never talks about it. And what probably really adds to how goddamn youthful she looks is the fact that she is never, ever stressed. Why should she be! She travels well, eats healthy, does regular boutique fitness classes, wears a lot of white linen sets and expensive espadrilles… she’ll be posted up in Capri this summer if you want to see her for yourself. She likes Beyoncé and is active on Instagram and says things like “GOAT” but also… wait, was that a reference to Mash? (P.S. she’s 50.) 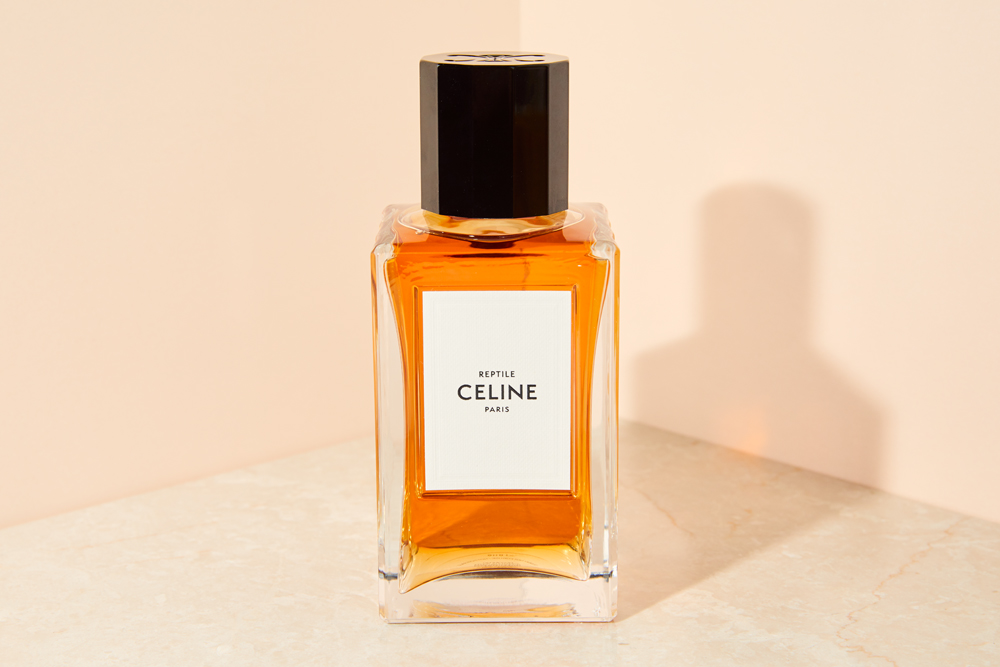 He bought this online after reading the WSJ review that said it smelled like crystal meth, and imagined that wearing it would make him look, or at least smell, dangerous, cool, sexy. Like Walter White meets Dally from The Outsiders, as played by Matt Dillon. Which is particularly on his mind because he read the book in English class this semester. Because he is 15. And he used his parents’ credit card to buy this. He can’t explain the $320 charge (they wouldn’t understand), and he can’t really explain the IRL scent of it either. Is this what crystal meth smells like??? He still can’t properly discern whether that smell in the school parking lot is a skunk or seniors smoking pot, so who’s to say. When he starts wearing it, nothing about his social standing changes—but at least it’s more sophisticated than Axe. 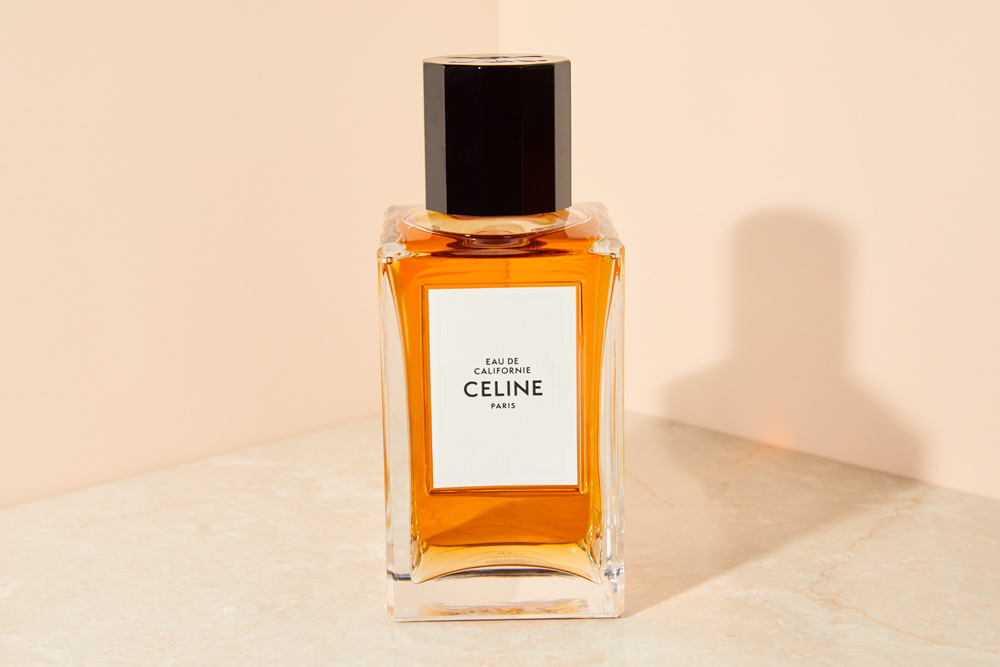 Hedi’s notes: bergamot, white orris butter, palo santo accord, tree moss, patchouli
My notes: the man who wears Cologne Francaise plus… something else

OK, that first guy? The man who wears Cologne Francaise? This is his daughter. She grew up traveling to places like the south of France and St. Barths in the summertime, drinking up smells of neroli and topless sunbathers drenched in Ambre Soleil. Now she lives in California, but pinched the bottle last time she went home, correctly assuming her dad wouldn't notice its absence. She loves the nostalgia factor of wearing his scent, and the fact that a woman in a man’s cologne (however fancy) is automatically subversive, in a way, but mixes it with essential oils she got from her yoga studio. Or at least… that’s probably what it is? She won’t tell anyone her exact formula, even though she loves when they ask.