This Fall, Pair Your Candles For Maximum Coziness

Have you ever thought about your house smell? At its crux, your house smell is another form of signature scent—maybe it’s a combination of cleaning products and your roommate’s natural musk, or maybe it’s $40 and comes with a wick trimmer. Who’s to say! All I know for sure is that if you decide you want to change your house smell, you have to go into it prepared. Not all candles go together, is a thing I found out recently—and burning one in the foyer and another in the living room is a quick recipe for nausea if you haven’t given the pairing a solid thinking through. Smell travels, folks. It travels. So, I’ve made it easy for you—seven can’t-go-wrong candle recipes for when the nights are longer and the days, chillier. Sometimes it’s about balance… other times it’s about compatibility. But it’s always about burning multiple candles at once for maximum coziness. 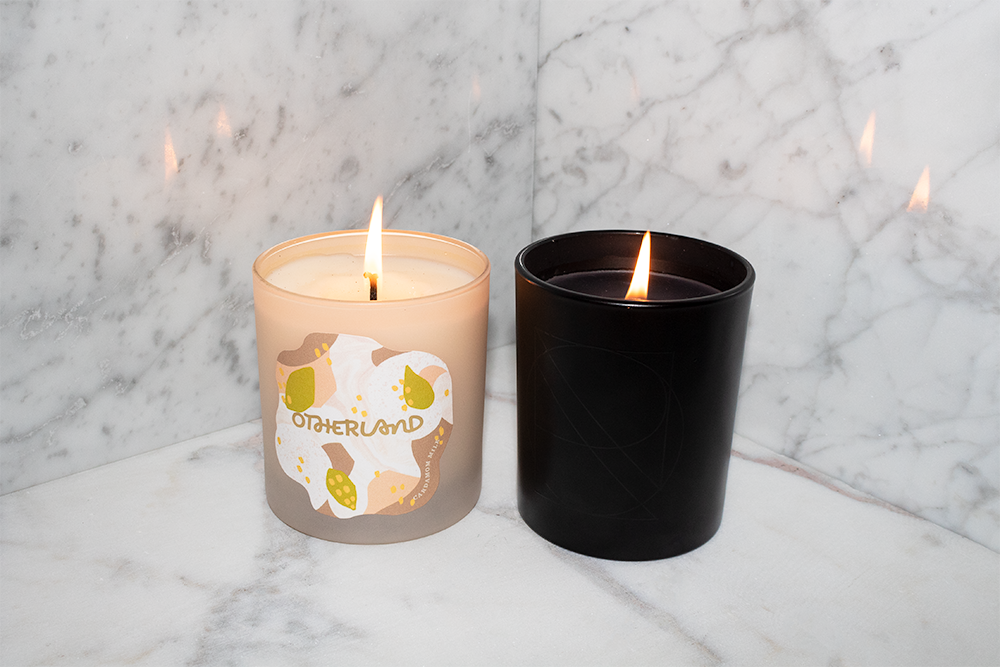 Alright, this one’s a given—Cardamom milk is sweet without being gourmand, and Cassia smells like the checkout aisle of Trader Joe’s with the cinnamon broom display that you choose to go down even when the line is longer. Together, they smell like just out of the oven cinnamon buns on Thanksgiving morning, before you put the frosting on. Or a cinnamon oat milk latte. Or the thing you smell when you close your eyes and think about fall. Not the most sophisticated pair, but certainly the most comforting. 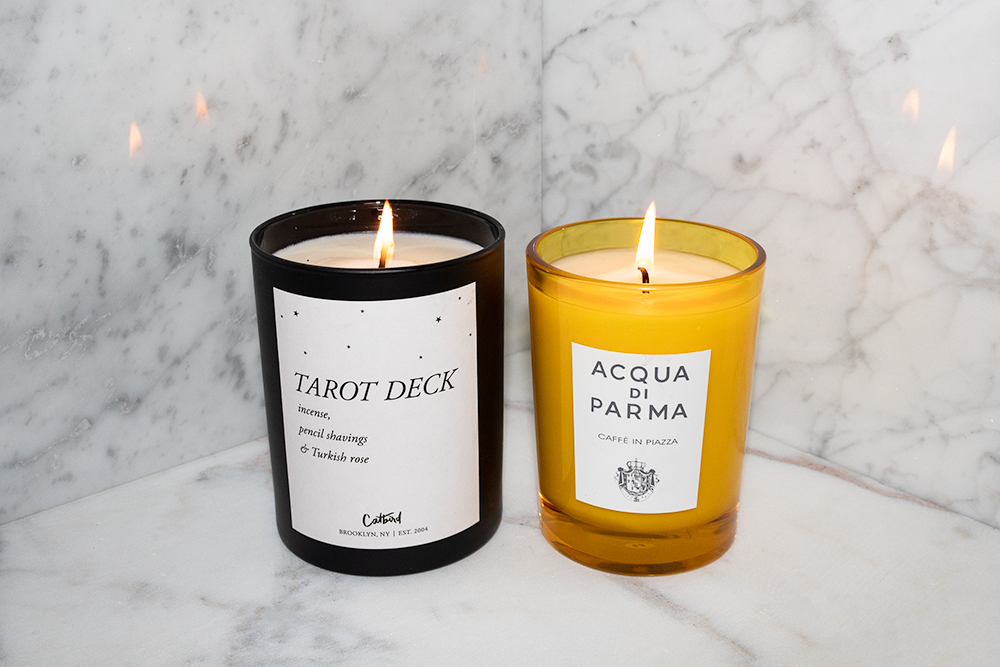 Imagine: grabbing a cappuccino and sitting outside on one of the last days in the year you actually can. On your left is said cappuccino—on your right is the daily crossword, and it’s a Friday, so it’s a hard one. You’ve had to erase several guesses, but are finally getting somewhere now. Across from you is your handsome Italian lover, who does not have enough of a grasp on English to help in your crossword pursuit, but smells amazing. Is this your ideal morning? Then this is the candle recipe for you. 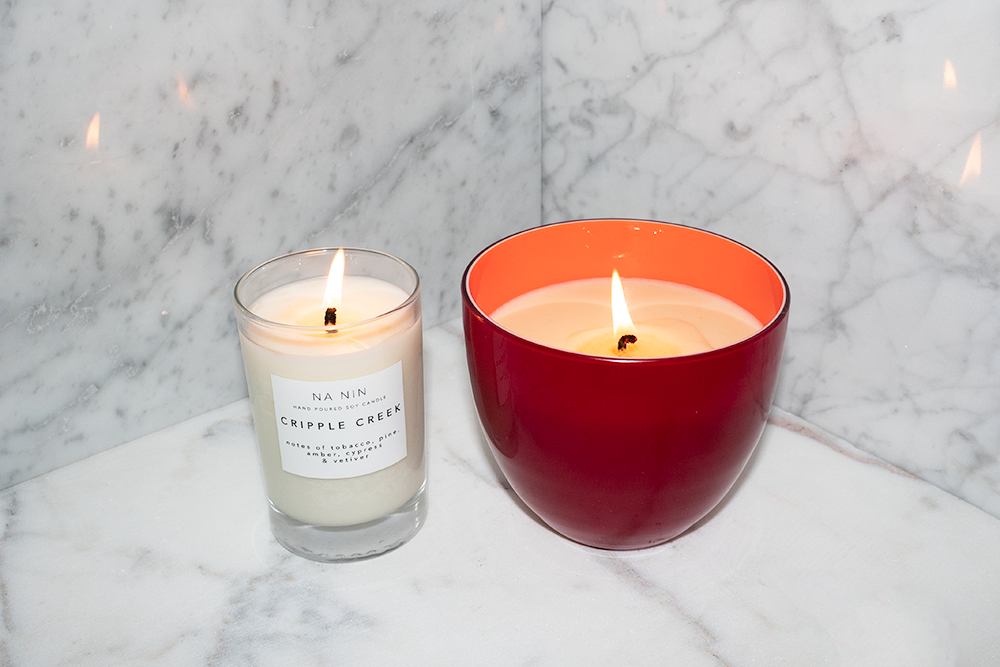 First, a note on Espelma’s Smoky Tea: the candle itself is a splurge, but once you’ve burnt it all, the brand sells refills for a 60-percent off the price of your original investment. It looks and smells just as special as it is—like warm tea spiked with expensive whisky, a fire rolling in the background, a new book in your lap. And Cripple Creek is the perfect foil to Smoky Tea—a little sweeter, a little greener. As Ashley said when I asked her, “This one smells like that one, but farther away.” The perfect balance. 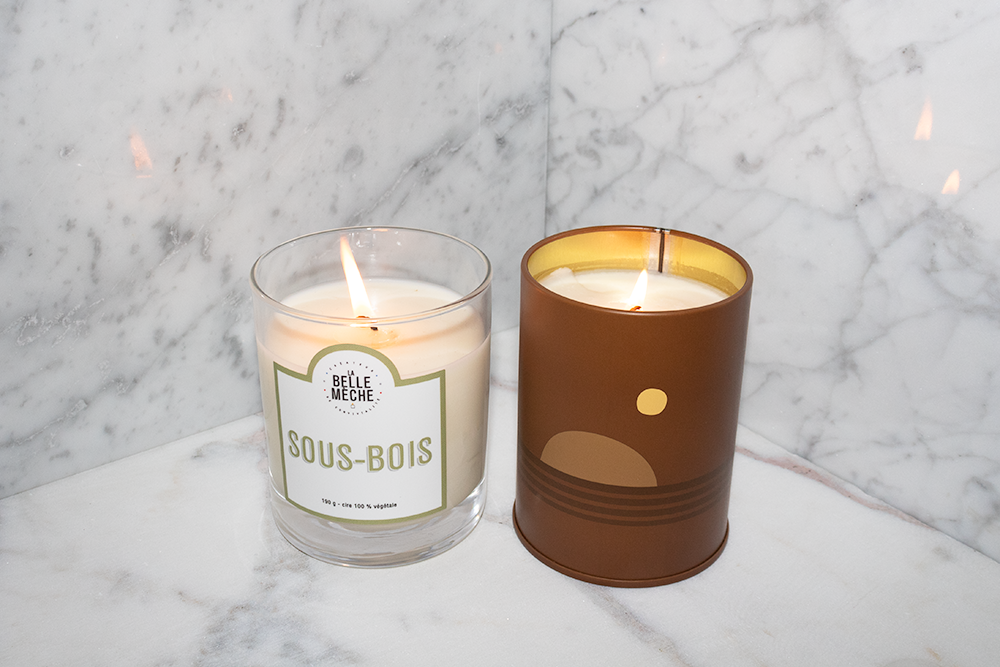 I think Sous-Bois smells like cucumber spa water, but Ashley thinks it smells like a drop of water on a leaf, and I like where she’s going with that. I paired it with Dusk, a woody, palo santo-y, cigar-y kind of scent. The balance smells like sitting on the porch of a cabin in the woods—simple and good. 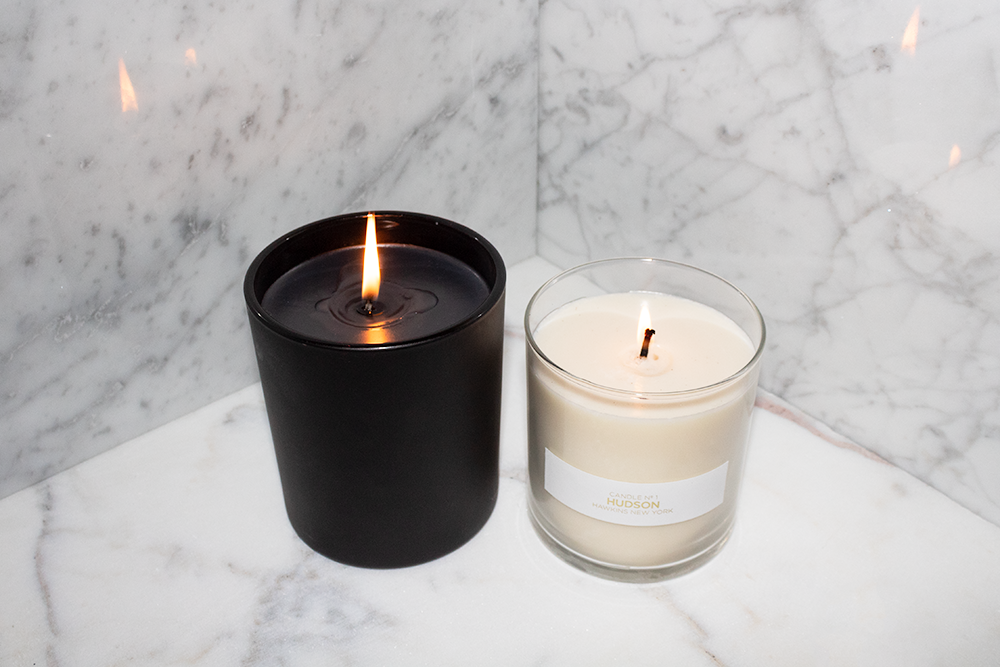 Charcoal doesn’t smell like charcoal—it smells the closest to a campfire any candle I’ve ever smelled has come. And Hudson also smells like a campfire, but one that’s up a hill, or around the street. You’re close enough to smell the smoke, but far enough that it mingles comfortably with cold air and evergreen trees and maybe the smell of your own cashmere sweater. The perfect fall nostalgia combo, if I say so myself. 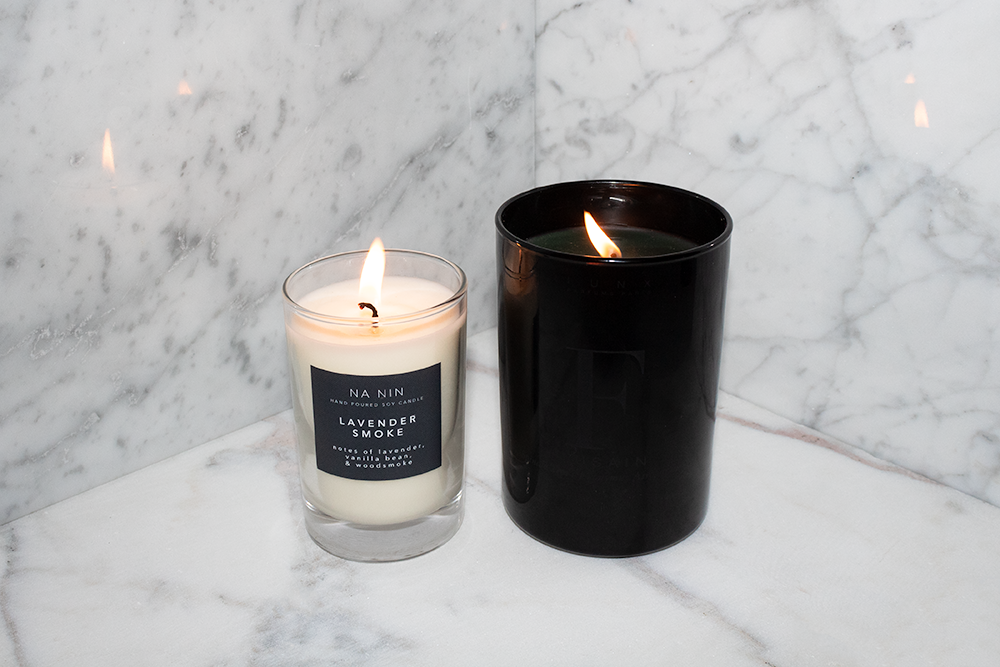 The remnants of a beautiful night—the last tendrils of smoke making their way out of a fire, old raindrops shaking out of leaves leaving damp stains on wooden benches, already-picked flowers littered over muddy footprints. The overarching feeling of sleepiness. That’s what these two smell like. 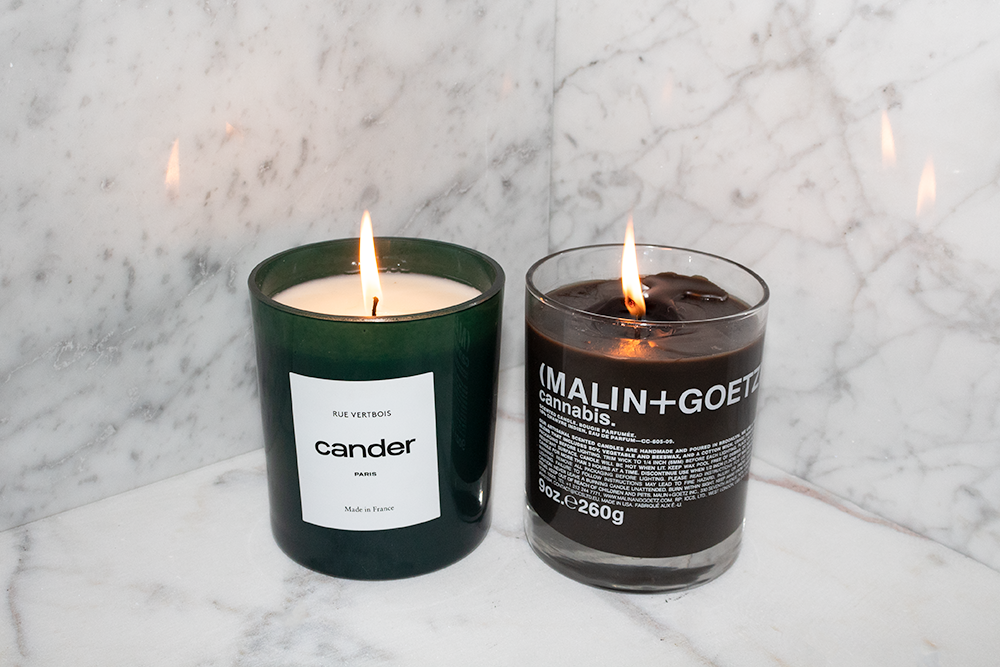 Cannabis does not smell like cannabis, which may be a good thing—it’s more sophisticated man than dank basement, if you catch my drift. Sexy and warm, like an expensive men’s cologne. Cander’s Rue Vertbois, one the other hand, is a difficult one to pin down. It’s fresh and clean, but not soapy; a little powdery but not feminine; subtle, but distinct. I think it smells like when you get out of the shower and into sun-warmed sheets. Whoever’s wearing said expensive cologne is surely welcome there.