The best time of the year. Thanksgiving (the second most important day on the calendar, second only to Black Friday but for different reasons) is around the corner and you better believe my menu prep starts the minute the clock strikes November. I'd start earlier, but the sudden turn in the weather makes it feel marginally less insane. (Radiator smell signals all systems are go.) Also, it's no longer absolutely crazypants to use the oven anymore. So it's finally time to crack open the stack of cookbooks I've been collecting these past few months—it's been a strangely good year for food publishing—and start grocery listing. There's never been a better time to get your bolognese on.

The ensuing cooking marathon calls for a cleanser deep dive. Y'know, for the grease splatter. I've been dual-pathing this research and am happy to deliver the results to you today. And unnecessarily paired, at that! A little holiday treat for you and me. Let's hop to it.

Dining In by Alison Roman, with Milky Jelly Cleanser 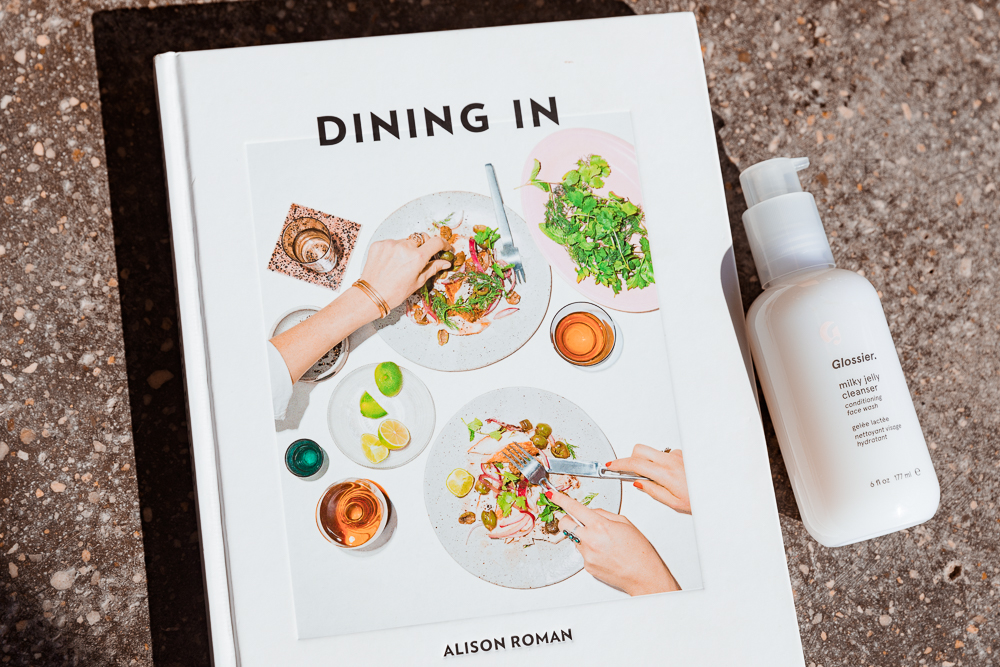 I wouldn't say that Alison Roman's first book is necessarily for beginners, but her "highly cookable recipes" lend themselves well to the kind of home cooks who are interested in food but unsure of where to start. The taste profile here is high-brow (ingredients you see on menus yet don't know how to work with at home) but you won't find yourself upstream without a paddle mid-recipe. No need for advanced technique here. That's why it's not unlike Milky Jelly (a cleanser for people who are interested in skincare but unsure of where to start). Hardworking ingredients and crowd-sourced know-how combine to make one of the world's most powerful-but-gentle cleansers. "Highly usable" you could say. 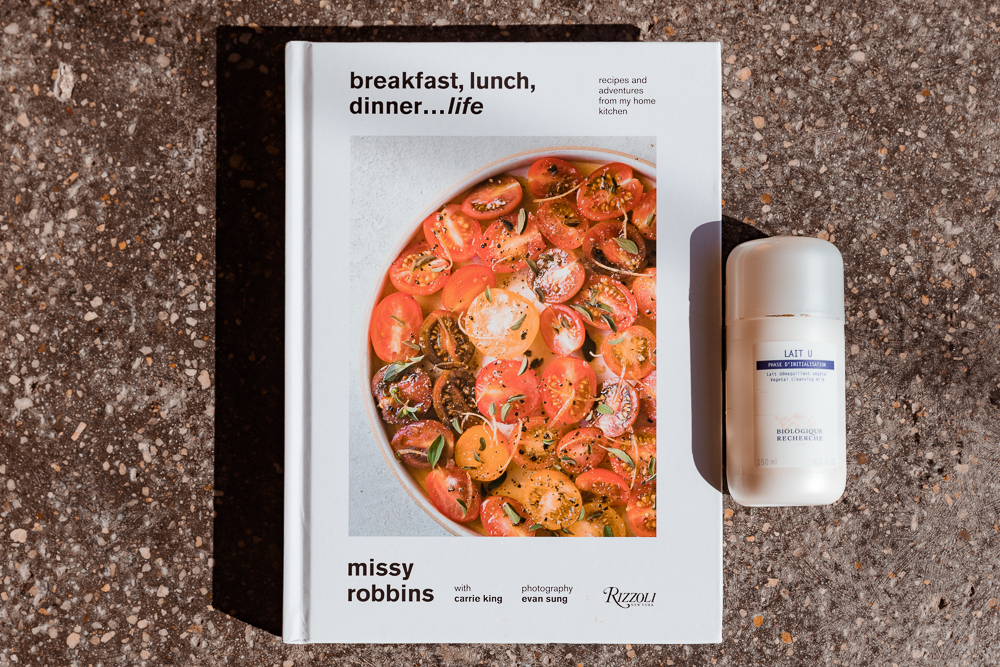 I bought Missy Robbins' book after seeing her make meatballs on the Late Show With Seth Meyers. She's the chef behind Lilia and Misi, two of Brooklyn's hardest-to-get reservations. With that said, her cookbook is the least pretentious thing I've ever read: just a woman in search of at-home meals that satisfy on a deeply personal level. She's got everything from onion dip to phở to a perfectly roasted chicken—literally anything you could ever want. Which is why I've paired it with Lait U, the cleanser that suits any mood, any time. Feeling dry—it's creamy. Feeling acneic—it's soothing. Feeling French—it's also French. See? You're set. 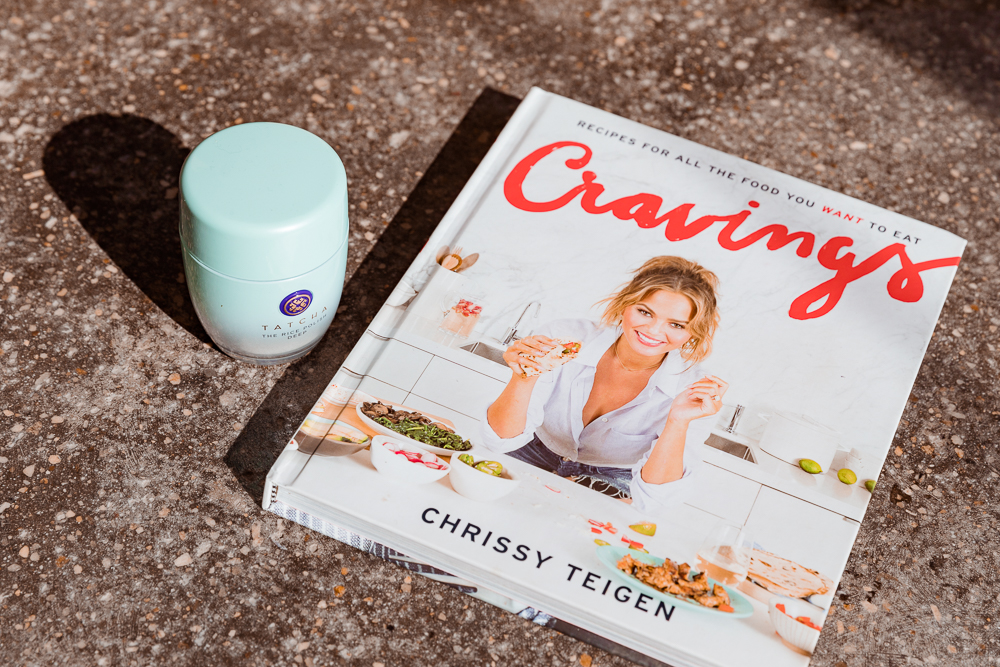 Also known as Chrissy Teigen's Superbowl Halftime Cookbook by my salad-loving boyfriend. The thing is, he's not wrong. I've made her chicken satay, fried chicken wings, chorizo queso, and Il Buco-style kale all for various Superbowl parties. (The kale was for the boyfriend.) Yes, most of it has cheese in it, but Chrissy just wants you to be happy. And you are! Once your grease-fest is over, let the atonement start with Tatcha's Rice Polish cleanser—a water-activated exfoliator that's gentle enough to use anytime you feel like you've got even a little oil built up. The Japanese rice bran transforms from powder to frothy cleanser with a few drops of water and washes off easily.

Cravings: Hungry For More by Chrissy Teigen, with Tatcha The Deep Cleanse 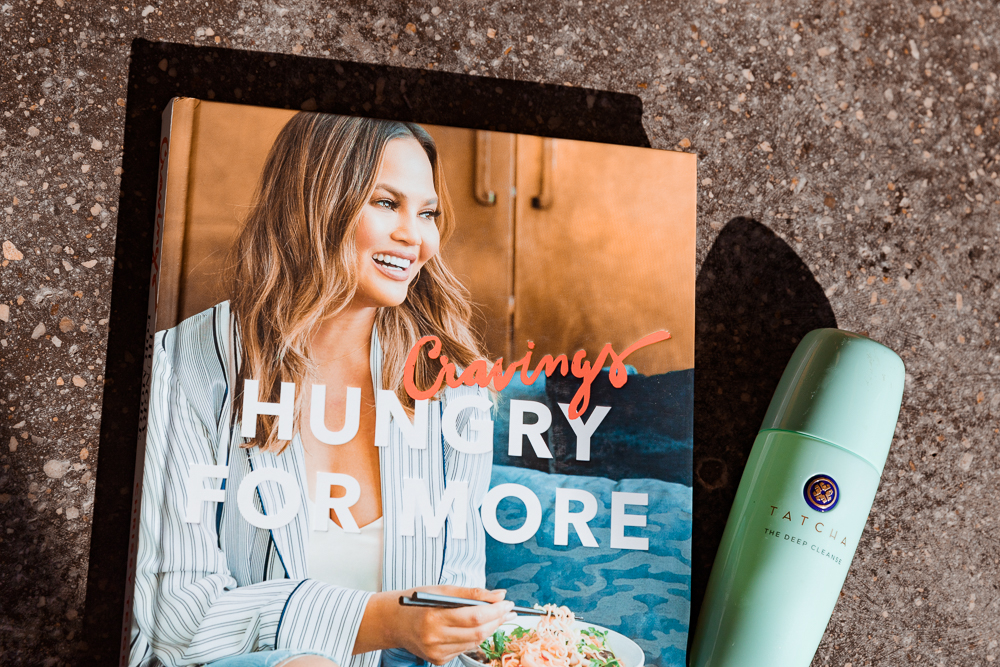 The Chrissy Teigen deeper cuts require a deeper cleanse. Because there's even more cheese in this book. And Cool Ranch taco salad. Gotta hand it to Chrissy: the girl knows what she does well and she's going to keep doing it as long as people like me will buy it. With the additional pants-unbuttoning, this calls for another Tatcha banger. This time, the Deep Cleanse, which harnesses a gel texture to grab oils and dirt, mixed with Japanese Luffa fruit to help slough off dead skin. If you like balm cleansers, this guy's for you—it's easier to use because it's essentially pre-melted. Washes off like a dream, too. 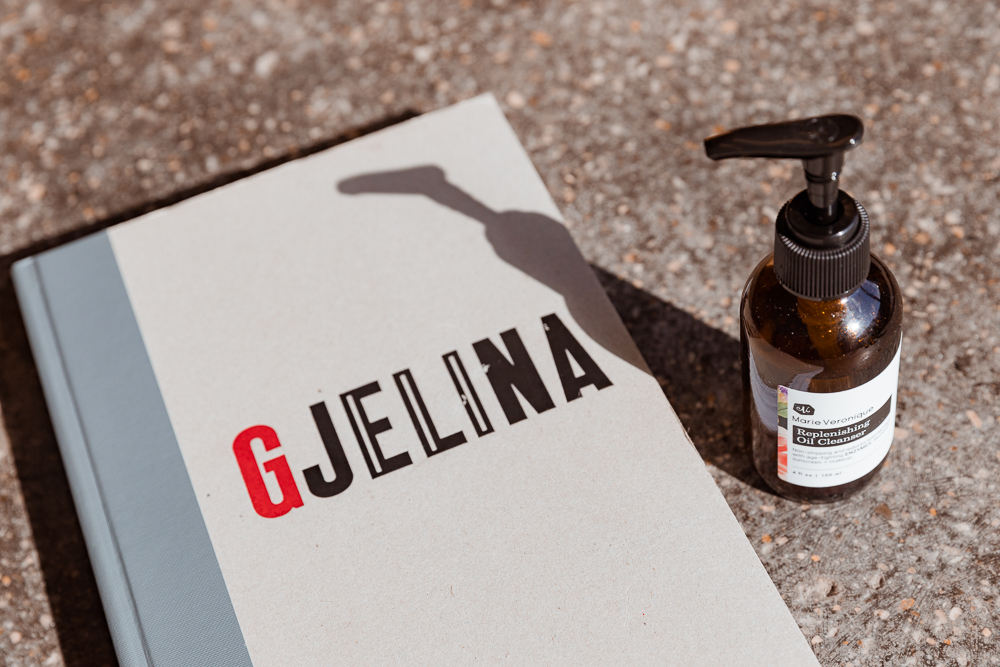 Are you craving vegetables yet? Because I am. And this book's got a very long section on 'em. The whole book is pretty vegetable-forward (as is the corresponding Venice restaurant), which makes for a nice way to eat your greens without being bored to death. The trout salad with arugula and grapefruit is a favorite. I imagine eating it over lunch with skincare legend Marie Veronique, whose take on clean beauty is more engaging than it is granola. (She prefers to call it dirty beauty, because she's all about that good bacteria in the microbiome. And she's feisty). Together, you get a very California take on skincare, gut health, recipes, and life. Hang 10. Cowabunga dude.